At the start of the summer, Kyle Krause still regarded the idea of owning an Italian soccer team as somewhere between an ambition and a pipe dream. It was the kind of thing, he said, that he would like to do “someday.”

Not quite six weeks later, it is a reality: Krause Group, the family business, has taken a controlling interest in the Serie A club Parma. It will take a 90 percent stake in the club, with its current majority owners — a group of local industrialists — retaining the rest.

"Ciao, I'm @Kyle_J_Krause and I'm excited to make this announcement…"

Elliott Investment Management has been running A.C. Milan since 2018 after the club’s previous owner, Li Yonghong, defaulted on a loan to the company, while the Canadian Joey Saputo, the owner of Major League Soccer’s Montreal Impact, has controlled Bologna for six years. 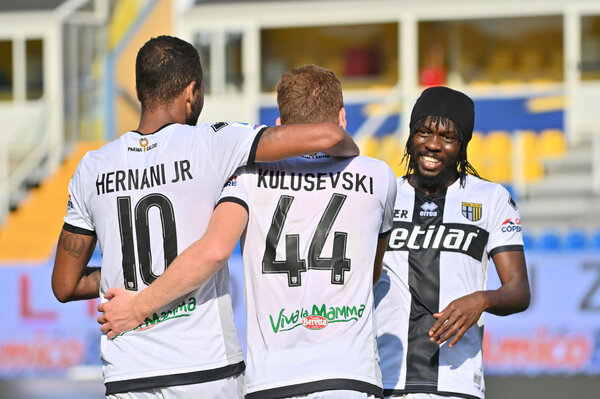 Krause joined the North American ownership club with what even he acknowledged was “astonishing speed” for any transaction, let alone one in which a family that made its fortune from the Kum & Go chain of convenience stores in the American Midwest bought into the complex, emotionally fraught world of European soccer.

The Krause Group, which had revenues of $2.8 billion last year, has been searching “earnestly” for opportunities to become involved in Serie A for some time, he said. He picked the brains of both Commisso and Saputo, both of whom made it clear their door “was always open” for advice and help.

But it was only in early August that discussions started over the potential purchase of Parma, a former Serie A title contender that had ceased to exist, at least officially, after going bankrupt five years ago.

“It has not been an easy five weeks,” Krause said. “But from my standpoint, to some extent the club’s previous financial complications meant that this was a cleaner, smoother transaction.”

Two decades ago, Parma was one of Italy’s most glamorous teams. Backed by Calisto Tanzi and his Parmalat dairy empire, it acquired some of the world’s best players and competed regularly for domestic and Continental titles.

Its history this century is more checkered. After Parmalat’s collapse in a financial scandal in 2003, the club listed between owners and flirted with bankruptcy. Twice it was sold for the nominal sum of one euro. In 2015, after yet another corruption scandal and with a mountain of debt, it was declared insolvent.

Parma had to start again — officially as a new entity — in Italy’s fourth division. Backed by Nuovo Inizio, a group comprising several high-profile local investors, it won an astounding three consecutive promotions and returned to Serie A in 2018.

To Krause, that group of owners are “heroes” for “saving the team for the city,” but he said it was now time for “logical change,” and for the club to pass into the hands of a group that has the financial firepower to take Parma “back to where it deserves to be.”

That is not likely to be an overnight transformation. Though Krause has plenty of experience in soccer — his family has owned the Des Moines Menace of the United Soccer League, a lower tier of the American soccer pyramid, for more than two decades — he does not pretend to be an expert in the intricacies of Serie A.

He will take advice from his minority partners on how to best plot Parma’s future, though he said it will more likely focus on young players than the sorts of headline-grabbing signings the club made in the 1990s. “All of our investments, what we do as a family, is look for long-term, generational, continued success,” he said. “We are not here for the quick dollar.”

Krause’s desire to buy in to Serie A — at a time when the coronavirus pandemic threatens to undermine the revenue streams that keep European soccer afloat, with some estimates suggesting the continent’s clubs might lose as much as $4.5 billion this year — is, in part, romantic. His family has Italian ancestry, and the company already has investments in wineries and resorts in Italy.

But it is also, he said, rooted in economic sense. He cited the “collective investment” of the league’s owners in new infrastructure, and ongoing talks with a number of private equity firms to take a stake in the league’s marketing and broadcasting business, as proof that Serie A is growing and could yet regain the status it had before the rise of the Premier League.

“There are plenty of opportunities,” Krause said. “It used to be the No. 1 league in the world. There is no reason it cannot get back to that, or close to it.”