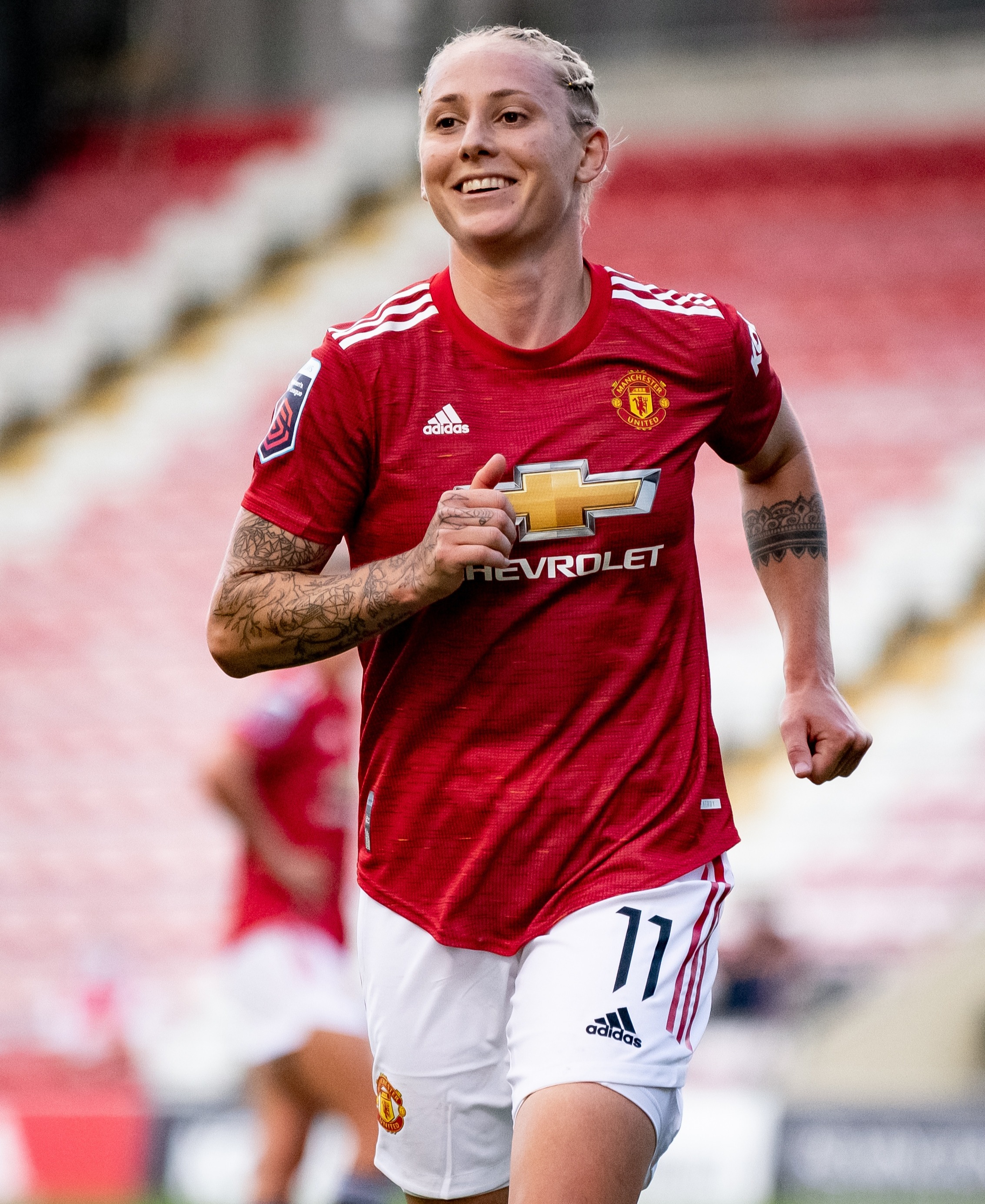 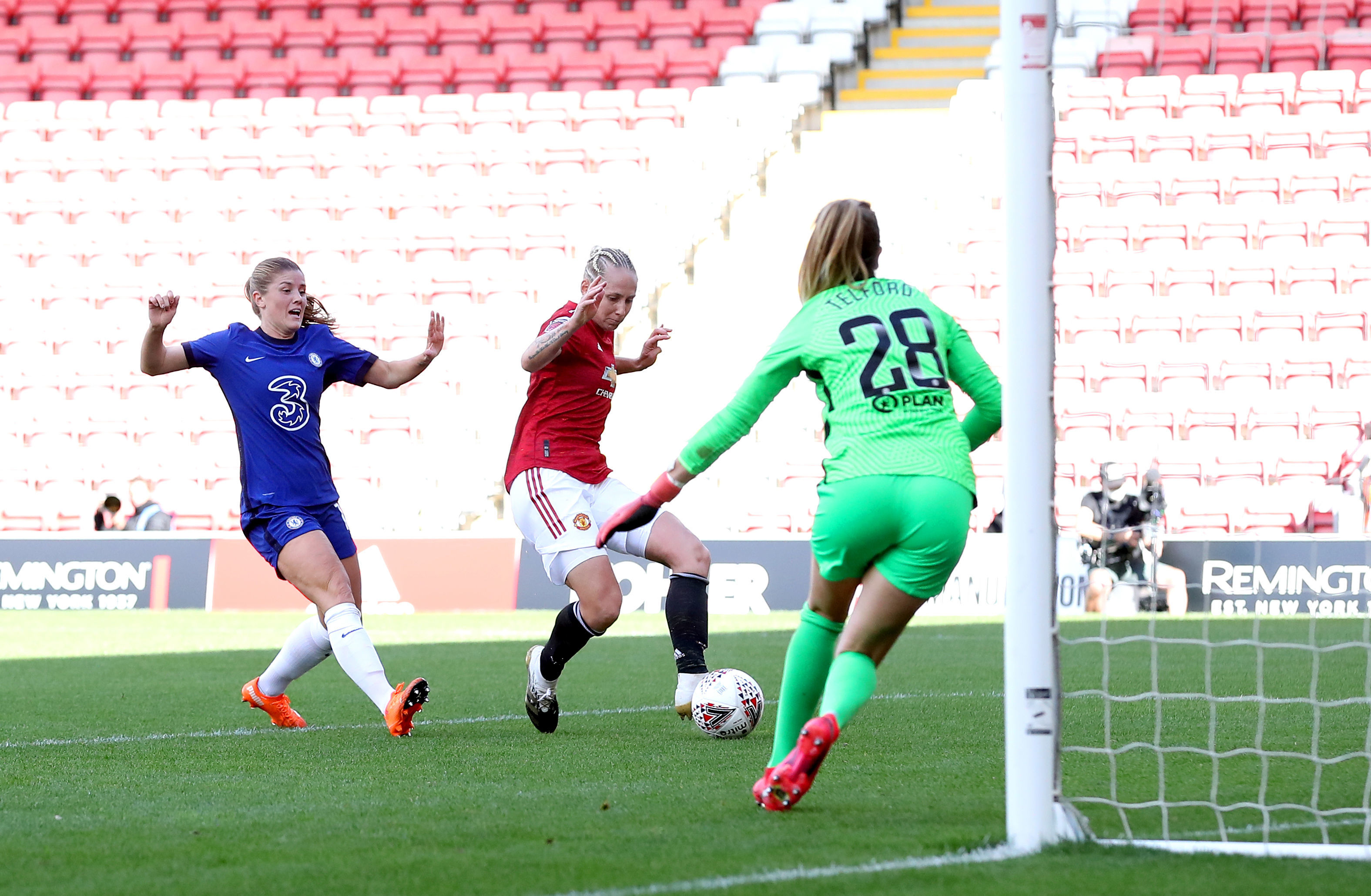 Boss Casey Stoney roared: “It was really pleasing to see my players remove their fear and stand up to Chelsea.

"I knew it would take every ounce we had as they are a quality side.

“Some of my players won’t have played against world-class players before and we needed that first 45-minutes to get rid of any anxiety and fear.

“I’m not a person that likes being locked in, being out there and watching the players and being on the touchline is where I belong. I can’t heap enough credit on my players.”

The champs bit back and Kerr fired inches wide from the far-post – but it was only a matter of time before she got the breakthrough.

Fran Kirby whipped in a low cross to the Australian strike sensation, who slotted home on the 25th minute.

United were let off just moments later when Kerr had a goal chalked off for straying a fraction offside.

But the lethal Blues striker wasn’t done pummelling Mary Earps – who did well to then keep out a rasping half-volley from the Aussie. 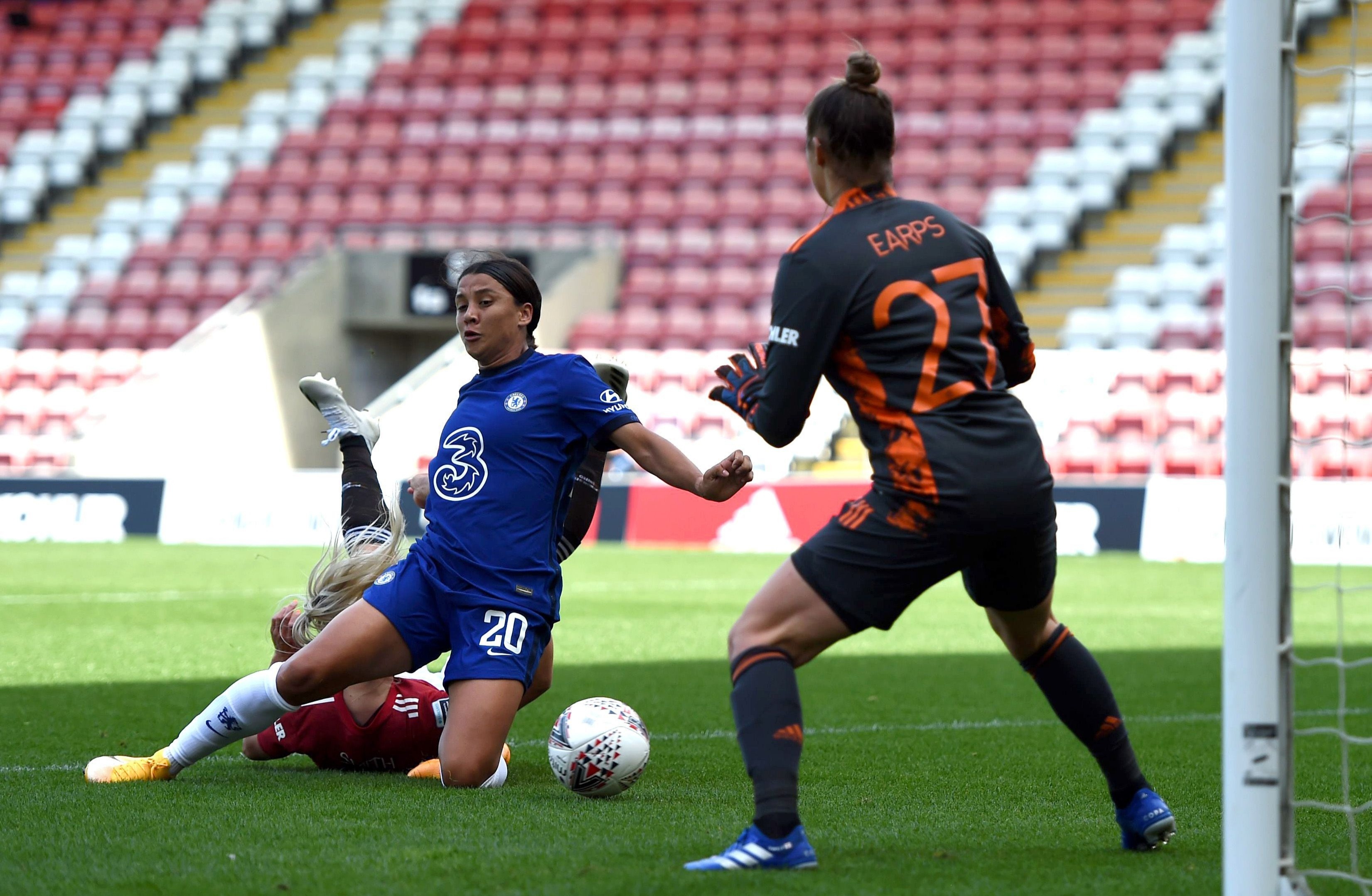 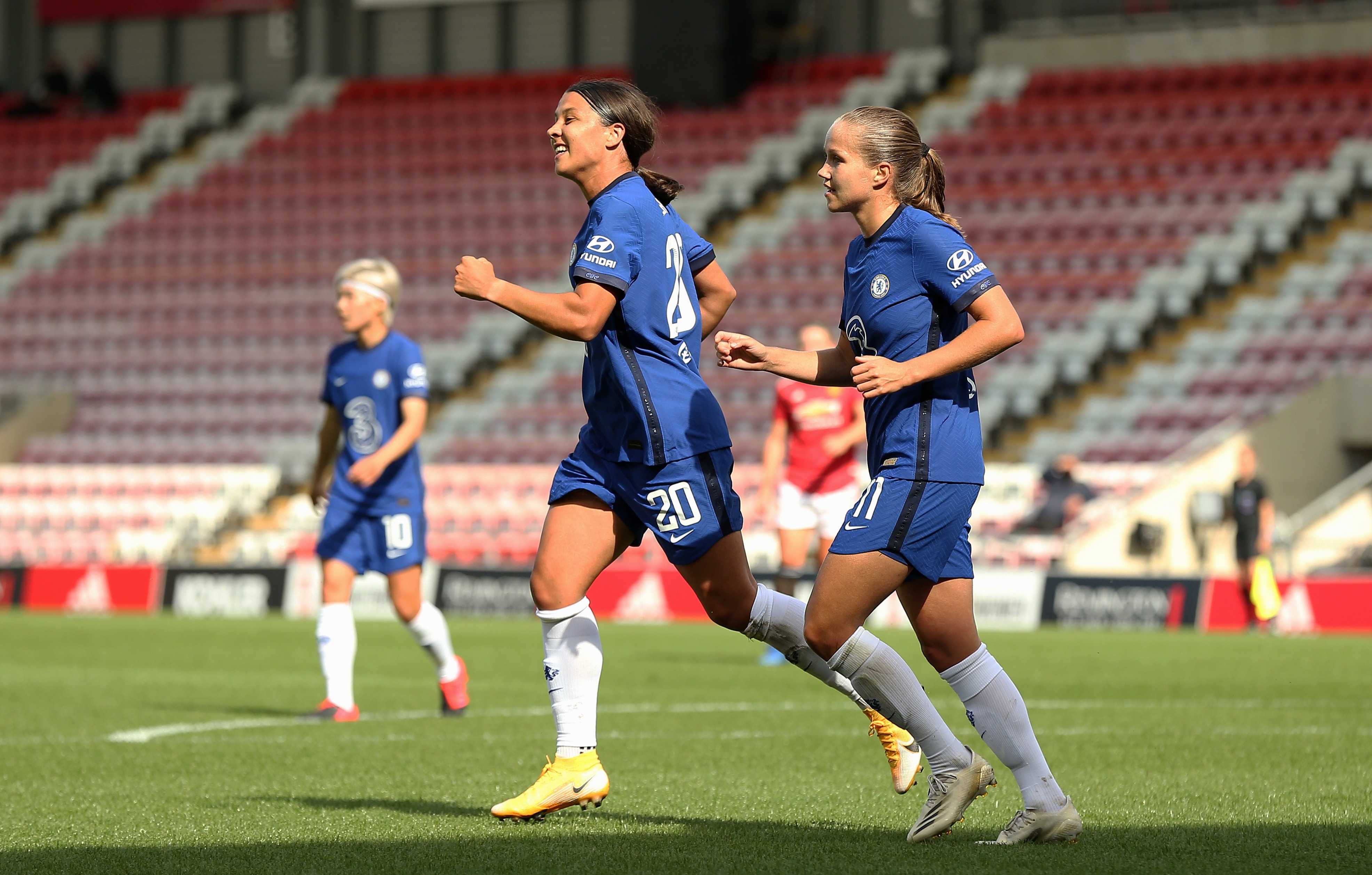 The Red Devils came close to clawing one back on the stroke of half-time when Galton flicked a header onto the woodwork.

And in the second-half, a fierce drive from Ella Toone stung the hands of Chelsea stopper Carly Telford – who did well to tip it over the bar.

The Blues hit back strongly, with Erin Cuthbert denied a chance to double the lead by a superb save from Earps.

But Chelsea were made to pay for not cashing in on a great chance to finish the hosts off, as moments later Galton nabbed the equaliser.

Blues' manager Emma Hayes said: “It has been the poorest performance from my team.

“We had an off day and if you play poorly and create chances you have to finish those chances off.

“That’s what I’m demanding from our team and that’s what I expect. We’ve just scratched the surface, we feel there is another gear with us.”