THE Dublin Racing Festival continues to grow from strength to strength and once again Leopardstown has delivered.

Day 1 gets underway with the Irish Champion Hurdle taking centre stage as Honeysuckle hopes to enhance her growing reputation. 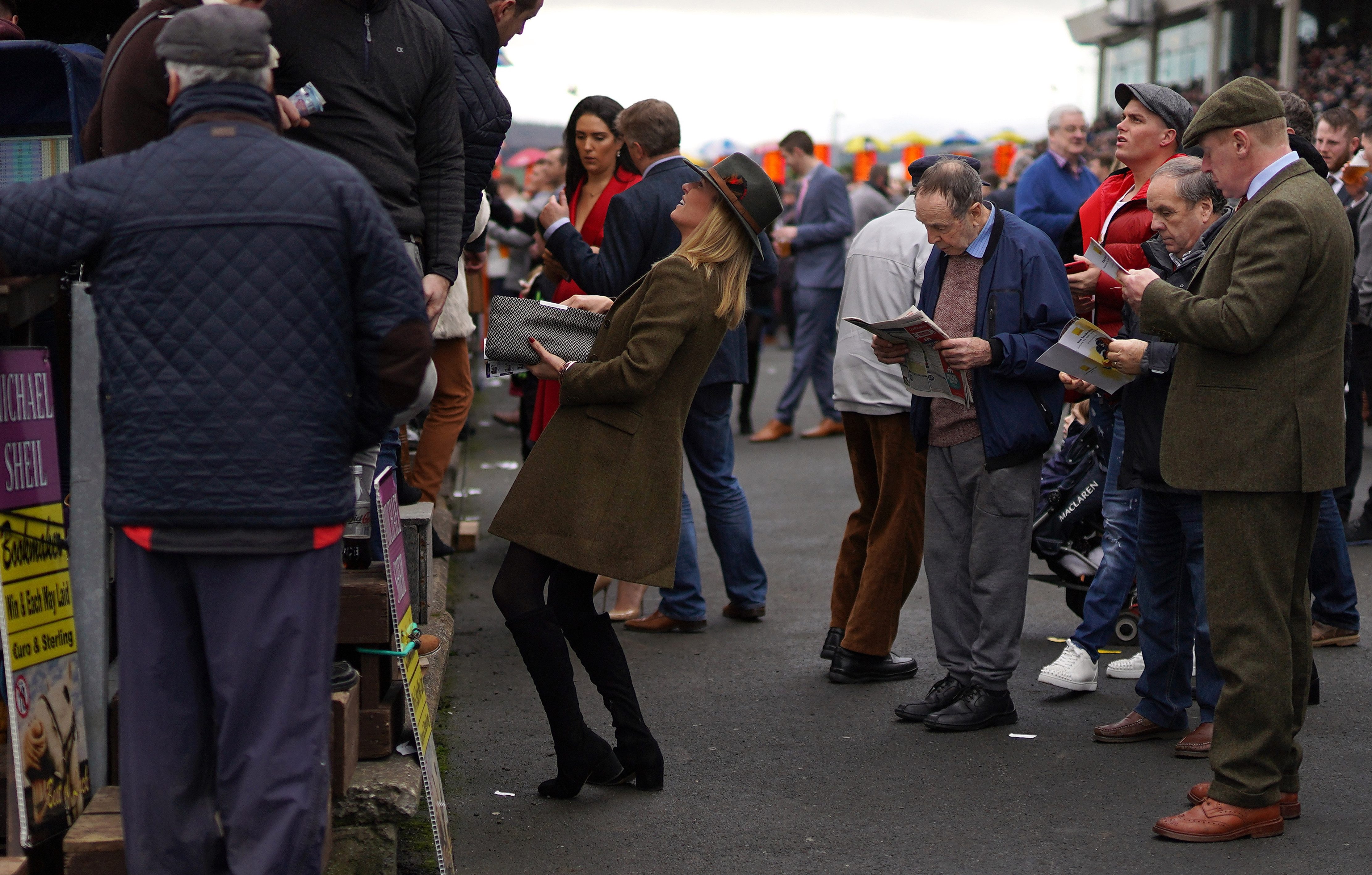 ELIXIR D’AINAY can silence the doubters.

Envoi Allen looks the Irish banker at this year’s Cheltenham Festival, but there seems to be some doubts surrounding his form of late and I think this race will provide a welcome reminder to all of just how talented Gordon Elliott’s Ballymore favourite is.

The selection was second to him at Naas and I think that run sets the standard here.

He was beaten three and a half lengths, but there was the same gap back to Longhouse Poet in third and Martin Brassil’s lad is not without a chance here at single figure odds.

Latest Exhibition is a worthy favourite and he comes here at the top of his game after beating Andy Dufresne at Navan before Christmas.

Fury Road has clear ability, but might find a few with too many gears.

CHACUN POUR SOI may have let his supporters down when turned over by Henry De Bromhead’s A Plus Tard here over Christmas, but it is well known that many of Closutton’s were needing their first runs and if that was the case with this lad then he should come on enough to blow that rival away this time.

Rich Ricci’s eight-year-old had Defi Du Seuil in behind when winning his Grade 1 last season and that form line has been franked plenty of times by Phillip Hobbs’ ace.

A bigger threat may come from stablemate Min given that he is the winner of the last two renewals of this and comes here in top form after winning the John Durkan at Punchestown.

Book is one to Note. Trainer Henry De Bromhead is set to have an incredible Dublin Racing Festival and his NOTEBOOK looks a worthy favourite.

The seven-year-old has been transformed by chasing and the way he jumps suggests he’s a complete natural.

He had too much for Fakir D’oudairies when beating him here at Christmas and he should have nothing to fear here with everything in his favour.

He loves the track, trip and going and the pace looks set to be ideal with Willie Mullins’ four in opposition.

Fakir D’oudairies has been best when cracking on with things up front, but Mullins’ Cash Back likes it that way too and he really caught the eye with the way he made all at Naas last month.

Bapaume and Melon will not want to be too far away either and this could turn into a proper burn-up on the front end.

Notebook’s jumping is such an asset that the faster the pace the better he will be and this race could be set up perfectly for him.

There will be nothing Snug about this if SNUGSBOROUGH HALL gets the fast pace he wants.

Liam Cusack’s nine-year-old was a real improver when chasing last season and he makes his long awaited return to fences here.

He rocketed up the weights with two wins here and at Punchestown, but he could still have plenty left to show given the manner in which he drew clear of the field in both.

He’s race-fit after a spin over timber at Cork and could win this easily if the pace is honest early.

Paloma Blue and Eclair De Beaufeu bring smart Graded form, but the handicappers like Charlie Stout and Avenir D’Une Vie could be where the real threat lies.

That pair were first and second in the Dan & Joan Moore at Fairyhouse last month and the handicapper was not unkind to either afterwards.

Both should go close in a cracking renewal of the Matheson.

Get in the money with Honey. With so many wanting this mare to run in the big one at Cheltenham, it is a little surprising to see HONEYSUCKLE as big a price as she is given the inconsistency of Sharjah and the abomination of a season that Klassical Dream has had.

There are plenty that think she has to prove she is as good over this shorter trip and away from Fairyhouse, but she has done that already at a lesser level when winning at Thurles last season.

Those doubts are mostly ways to pick holes in the form of what does look a real superstar of a mare.

She should have more than enough pace to see off main market rival Sharjah and I would be surprised if anything else was good enough to trouble her.

Klassical Dream cannot be relied upon to produce his best, so old favourite Supasundae should be able to make the frame for the third year in succession.

Owner J P McManus has an outstanding record in this historic handicap hurdle and his UNEXCEPTED smacks of the old adage of a Graded horse masquerading in a handicap.

The Willie Mullins trained six-year-old made a fine start to his career when hacking up on debut and he was quickly shortened into single figures for the Supreme on the back of it.

However, things did not go to plan next time when he was hammered 22 lengths by Easywork at Limerick over Christmas.

Such a heavy defeat was not good to see, but it has gifted us with the opportunity to see him in a handicap off a mark of 137. He could proved to be thrown in here.

Top Moon, Thatsy and Tiger Tap Tap look the three with most upside in the field, but the value could lie with Shumaker.

Paul Traynor’s star has won four of his last six and still looks to have a bit to give off a mark below 130.

Eric Bloodaxe is the talking horse in bumpers this year but I have a soft spot for APPRECIATE IT.

It's not a race to go wild in but my fancy bolted up last time and that form looks strong.

Mullins strong are starting to come to the boil now and this chap looks to have the world in front of him.

Joseph O'Brien's Eric Bloodaxe has to be respected though and the betting will tell us plenty.

Wide Receiver is interesting of the outsiders for Gordon Elliott who won this last year with Envoi Allen.