MANCHESTER UNITED FANS of a certain vintage look back fondly on the seventies and eighties.

This period must remind of that. 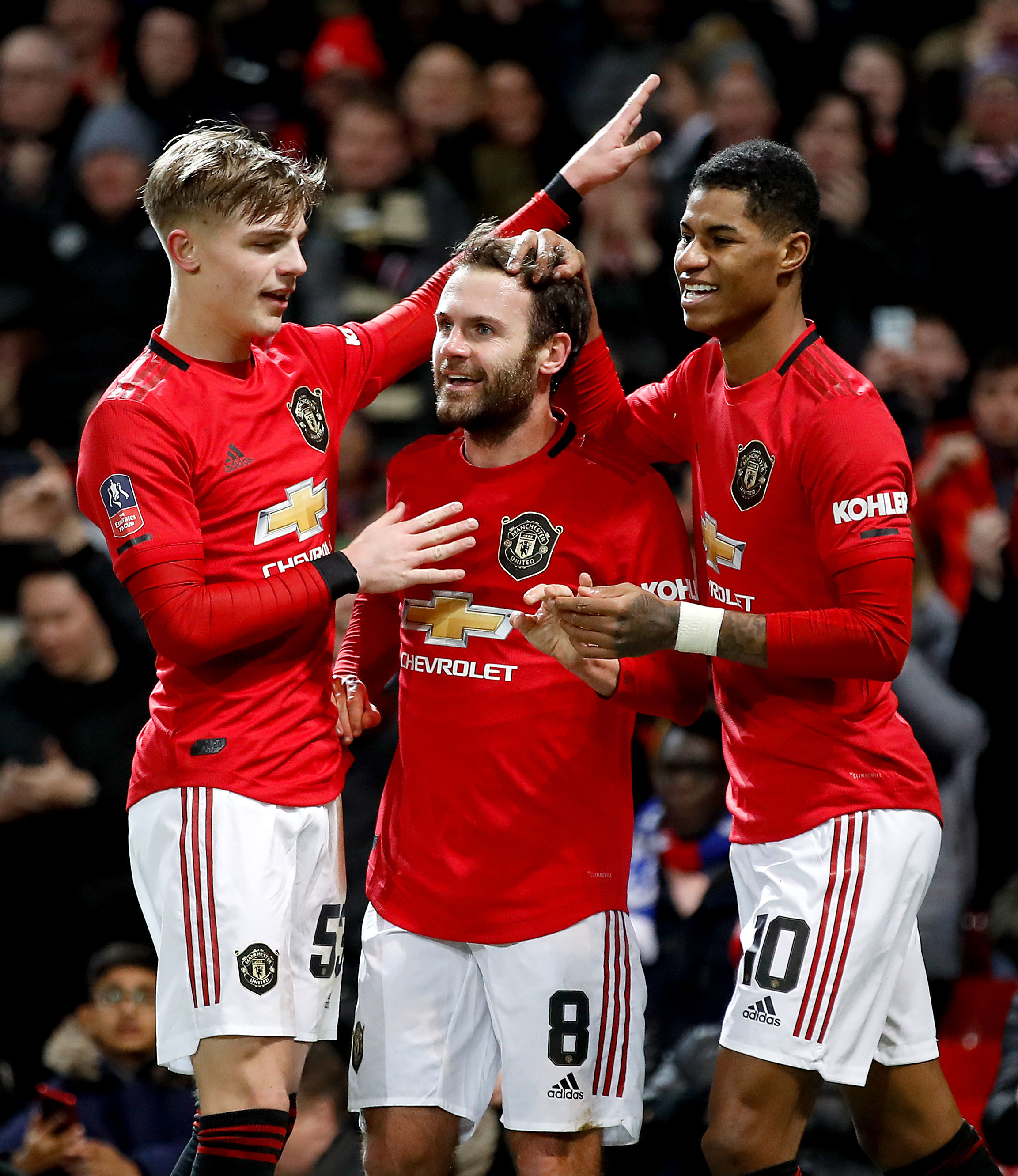 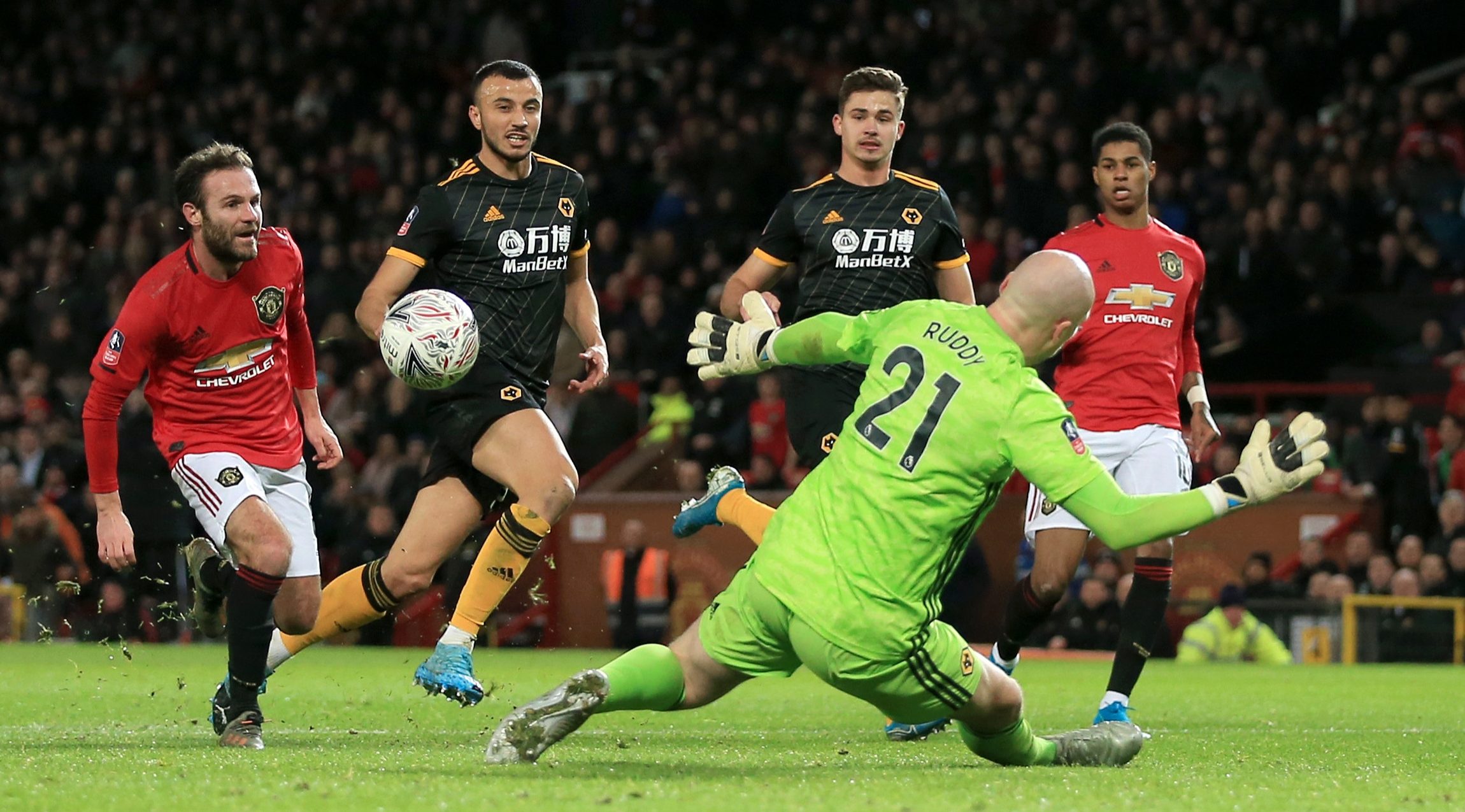 No chance of winning the league but the FA Cup could still put a silver lining on the season.

Back when the competition really meant something they reached six finals in that period their won it four times in 1977, ’83, ’85 and 89-90.

Then it seemed to hold the same prestige as the title itself.

Not so much the five more recent triumphs but that shows how much priorities have changed.

Still the competition gave Louis van Gaal a decent send-off and there was another day out at a final under Jose Mourinho.

Now, who knows, Ole Gunnar Solskjaer could be on his way to Wembley as well.

This third round replay triumph over Wolves has booked than a winnable fourth round tie at either Tranmere or Watford.

Blimey they made hard work of getting through this, Juan Mata’s 67th minute goal the only one over two games.

Wolves made it tough again for them and could not help but feel a little aggrieved at the break having had another goal ruled out by the VAR.

They thought they had scored in the first game only for Matt Doherty’s effort to be ruled out when it had clearly gone in off his arm.

It was the tenth minute at Old Trafford when Simon Hooper in Stockley Park cut short the Wolves fans celebrations. 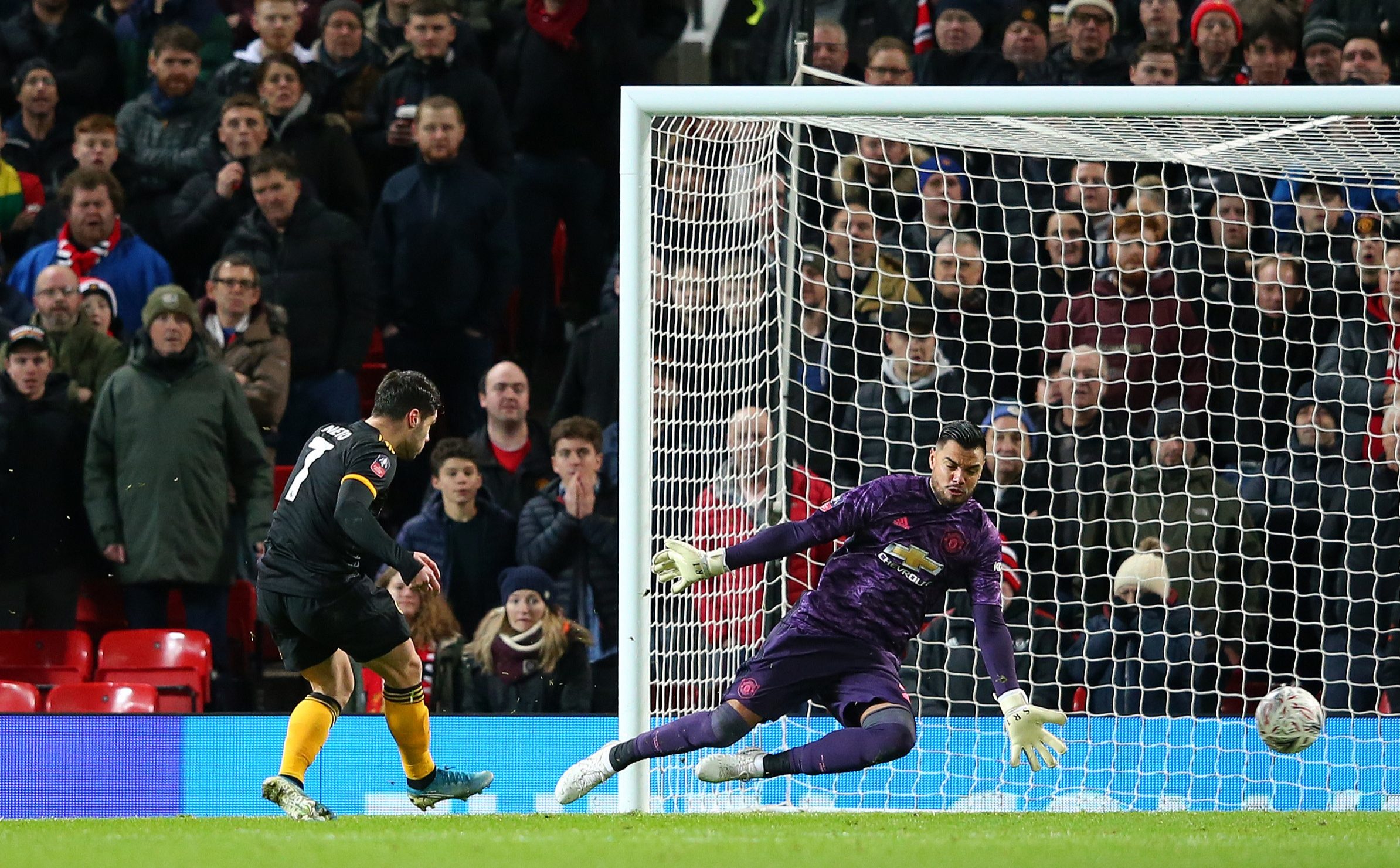 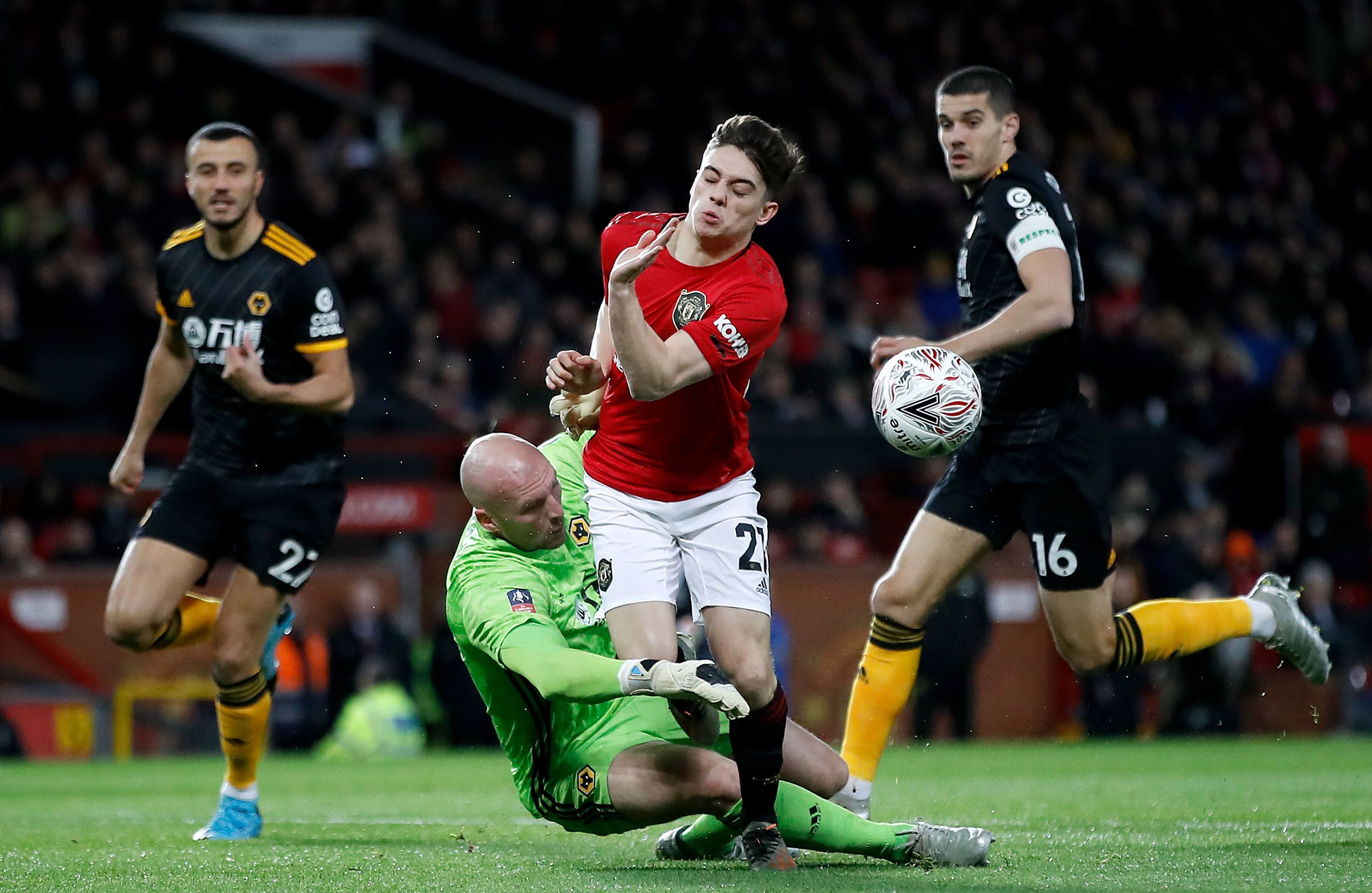 United had made comical attempts to control and clear the ball after a throw in and after Raul Jimenez won a challenge with Harry Maguire the ball fell to Pedro Neto to turn in.

With Maguire on the ground having had his foot stood on by Jimenez it seemed referee Kevin Friend was checking for a foul.

But the goal was actually ruled out for a handball when Maguire’s chipped clearance hit Jimenez before bouncing to Neto.

Nothing Jimenez could have done to get his hand out the way but that doesn’t matter.

If you are the attacking team and a hand is involved the goal is ruled out regardless of intention.

The home fans at least had that to cheer about but precious little else in the first period.

The best chance came when a great run by Anthony Martial saw him set Juan Mata up for a shot but it was well saved by John Ruddy.

The main threat was really coming from the visitors and on the half hour Ruben Neves had a header that hit the post.

Had it gone in replays showed his arm would have ruled him offside.

As well for the Wolves fans that it didn’t then.

REAL FORCE ON THE BREAK

While both managers were fielding strong sides the enthusiasm had not fully translated to the terraces.

To be fair many Wolves fan had turned their back on the fixture with United asking for £55 a ticket.

There were plenty of bare patches in the home section too.

The 3,000 Wolves fans that did come would have done so in hope.

They have a real team to contend with any opponent in the top flight including back-to-back Champions Manchester City who they beat 3-2 at home in dramatic style back on December 27.

They were more than holding their own here too even if the stats weighed heavily in United’s favour.

The possession was not turning into anything tangible, however, until Mata’s breakthrough. 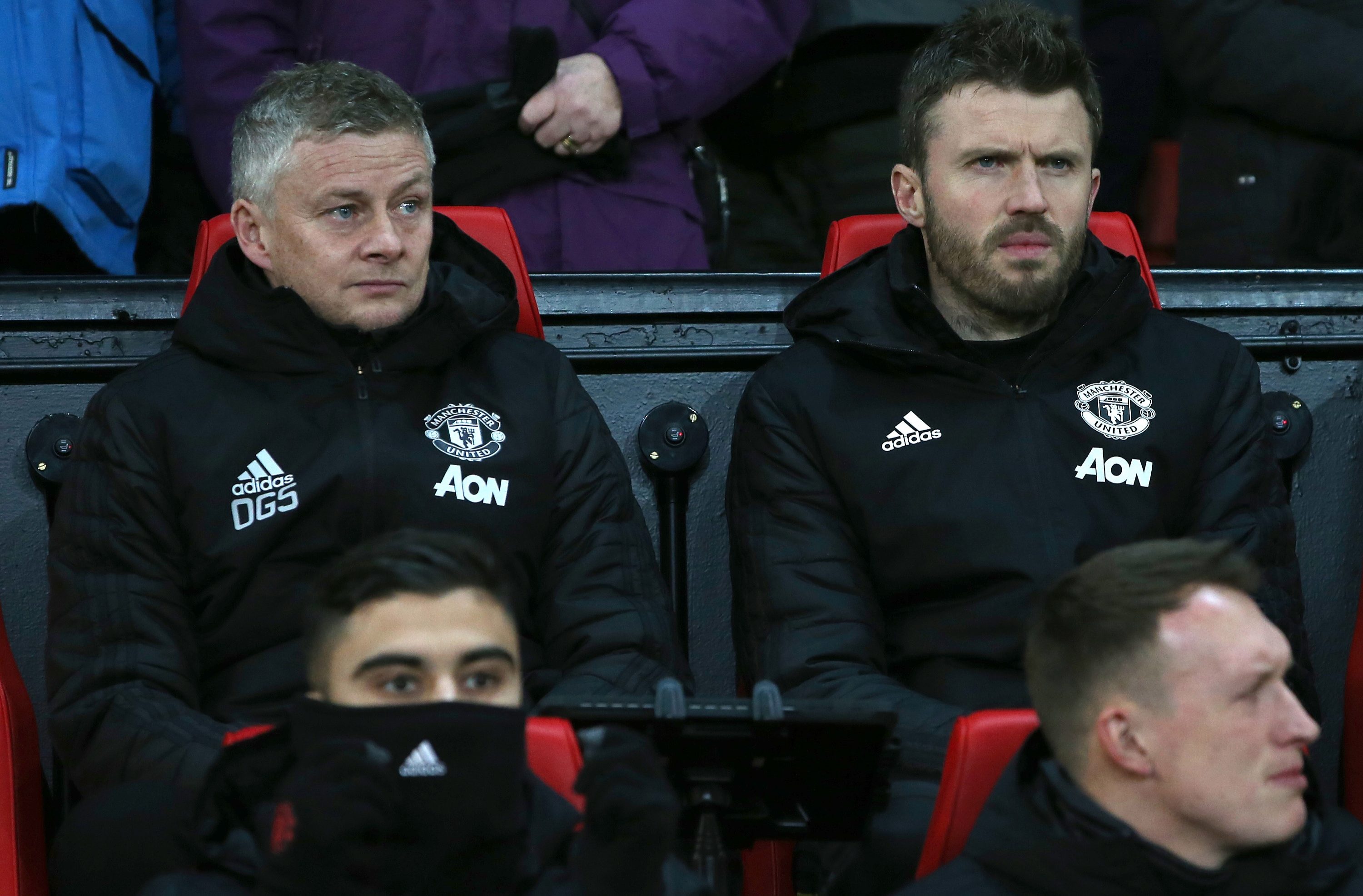 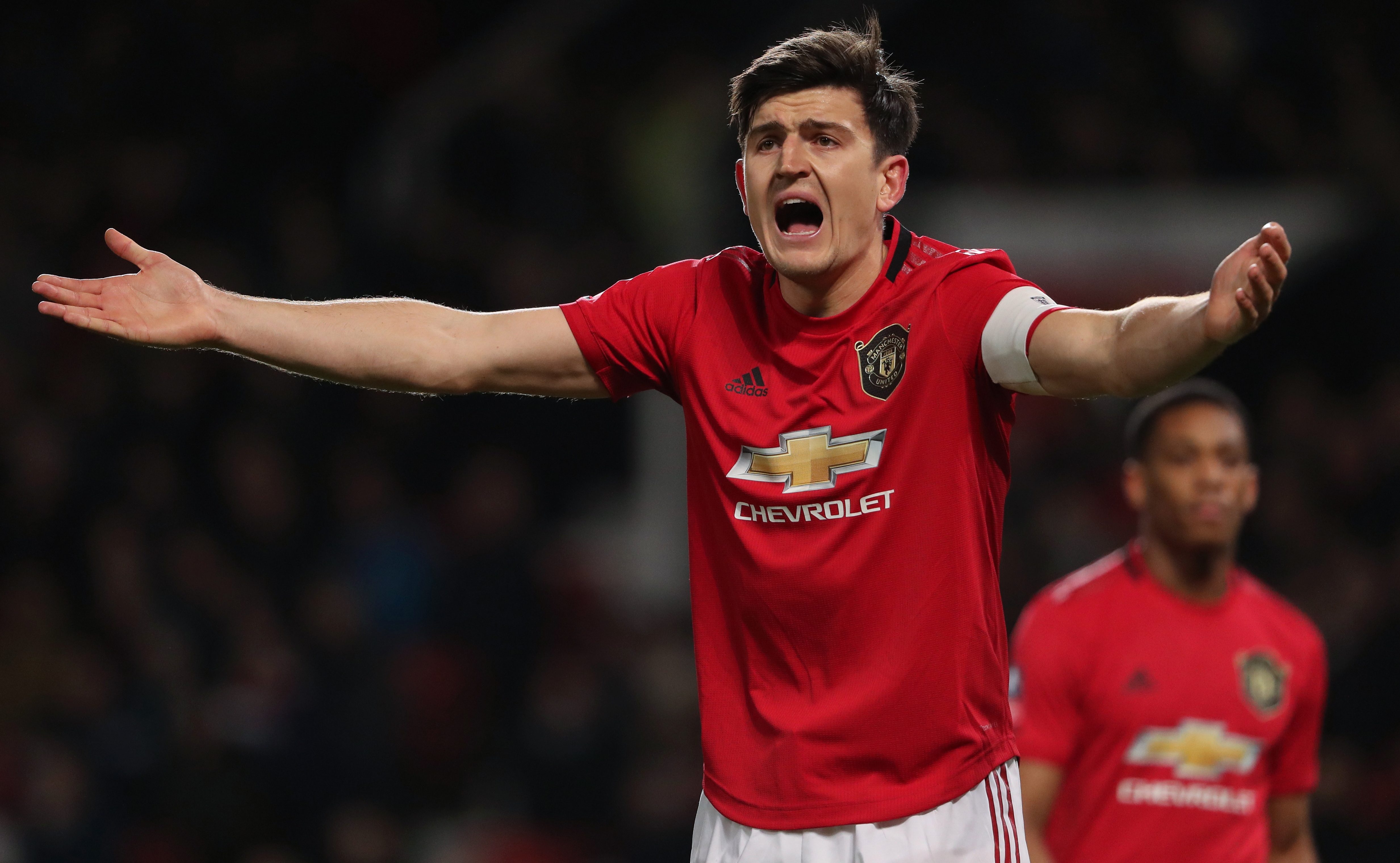 United remain a real force on the break and it was with a long ball a quick pass and a dink over the diving goalkeeper that they converted defence into attack and a goal.

Harry Maguire from almost near the corner flag launched a long ball forward that bounce to Martial.

Mata was in acres of space ahead of him needing only a simple ball through which he got.

The old head kept a cool head as he bore down on goal clipping the ball into the net as Ruddy slid out.

There was a slight pause in celebrations as referee Friend put his finger to his earpiece but there was no reason for VAR to deny this one.

There was bad news for United in the 79th minute when Rashford, who had not long been on had to come off.

He had suffered a knock that saw him leave the field after an hour against Norwich and he looked in discomfort again here.