THERE'S a lot of bad in the world right now.

But in Sussex Stakes winning trainer Marcus Tregoning we can celebrate goodness through and through. 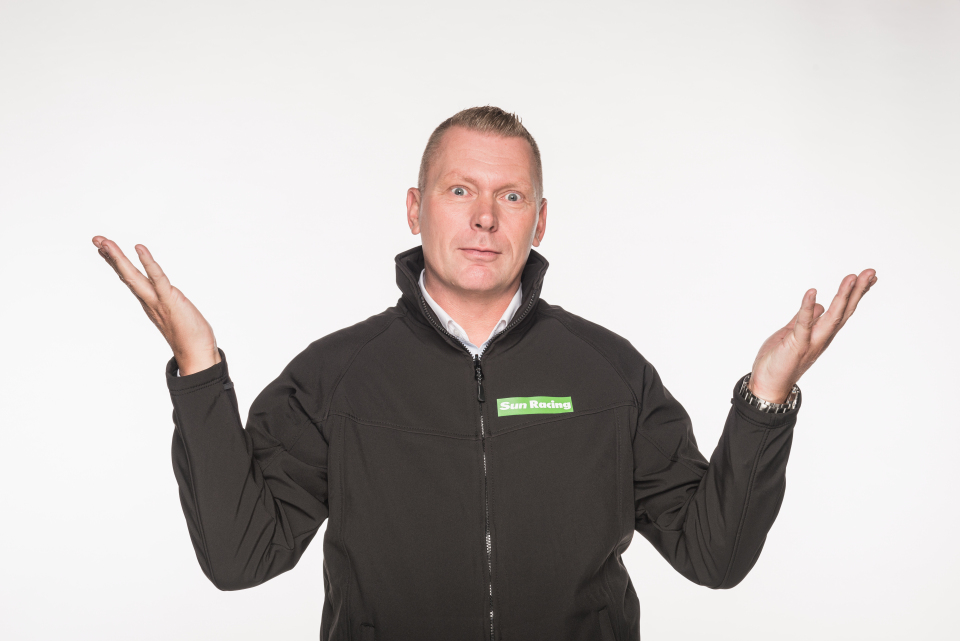 Of all the highs at Glorious Goodwood this week – and boy there have been many on the wonderful Sussex Downs – the success of Tregoning's Mohaather was for me by far the most heart-warming.

Firstly, of course, I have been banging on about Mohaather ever since he caught my eye travelling like a travely thing in last term's QEII when the colt was returning from injury.

But it's not all about me. I'm being serious here, it's not!

Tregoning is a right gentleman. He's always charming on the racecourse to everyone, and he turns up for as many low grade races as he does good ones.

T&Cs: New customer offer. Place a single £10 (or £5 e/w) Sports bet in the 13:50 Goodwood on Saturday, 1st of August and get a £5 free bet for each of the subsequent race. Deposits using Credit/Debit cards or Apple Pay only. Free bets are only valid for the specified race and are awarded when the qualifying bet has been settled. Free bet stakes not returned with winnings. T&Cs apply. 18+ Begambleaware.org

That's important, because for a man who was right at the top and then had to struggle he could have watched from afar. Marcus has never done that. He’s never hidden away and banged on about what might have been.

To remind you, for fourteen years Tregoning was at the side of the legendary Major Dick Hern. When he took over from the great man, he banged in big wins via Hamdan al Maktoum's Nayef in the Juddmonte International, Prince of Wales's and Champion Stakes. And in 2006 Sir Percy gave him Derby glory.

But Hamdan's support had dwindled by then, and for far too many years now Tregoning has lived in the shadow of those former glories.

He never complained. He never moaned. He simply got on with the job.

And now Tregoning has been rewarded. Hamdan has started to send him better stock, and on the back of Mohaather's success better still may follow. You couldn't wish success for a better bloke.

Mohaather is a belter by the way, and has the miling world at his feet. He’s got a rare turn of pace that sets him apart like it did Chief Singer and Warning back in the day.

There is no doubt the 2000 Guineas hero Kameko was denied any sort of run in the Sussex finishing an unextended fourth, but for all Oisin Murphy blamed himself it was just one of those things. The Andrew Balding-trained Classic winner still has much to offer this season.

Of course the other huge high at Goodwood was a fourth Cup for Stradivarius and John Gosden.

The fabulous stayer is now on the Arc trail, although if Stradivarius beat Enable at Longchamp there will be many tears of sorrow in the camp rather than joy.

And, speaking of the Arc, don't forget about St Leger victor Logician should he return better than ever. 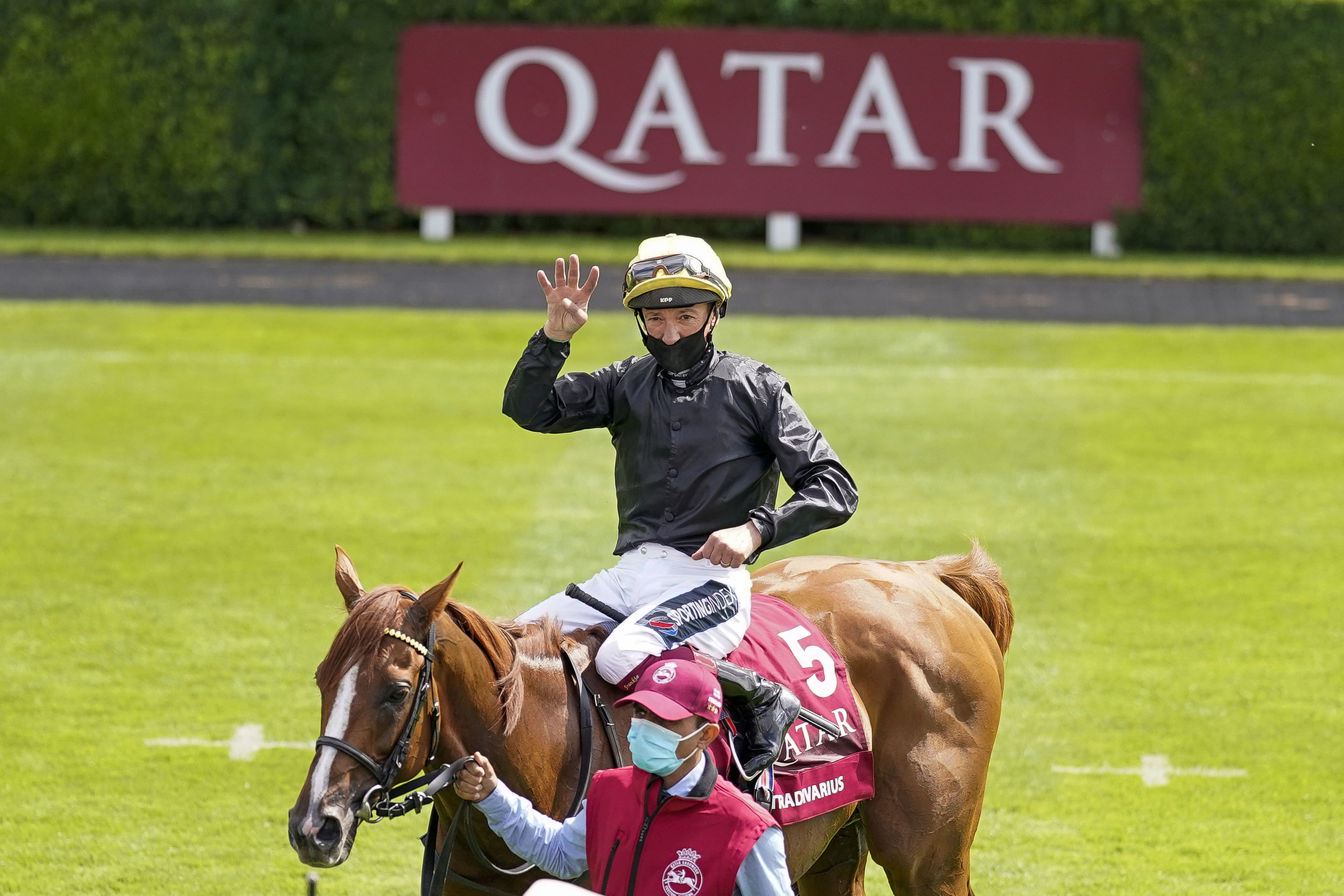 Of course there are still races to be decided, and Saturday at Goodwood is all about big betting heats, with the Stewards' Cup taking centre stage over 6f at 3.35pm.

If he goes in the stalls – and it is a big if – it might just be that SWINDLER could blast them away in the closing stages.

Ed Walker's runner has loads of ability, but is also one of the trickiest animals in training, and he will enter the paddock early and be walked to post.

If he loads up he's well handicapped and Louis Steward has a big each-way chance. Bet him late!

The ITV action   – which also includes Newmarket –  begins at 1.50pm with a handicap over 6f.

REWAAYAT might well be a cut above these after a romp at Salisbury last time. He's up 12lb in the weights after that success for Charlie Hills, but when you look through his form he's most progressive on fast ground and the disappointments have come with give. It could be another for Mohaather’s rider Jim Crowley.

T&Cs: New customer offer. Place a single £10 (or £5 e/w) Sports bet in the 13:50 Goodwood on Saturday, 1st of August and get a £5 free bet for each of the subsequent race. Deposits using Credit/Debit cards or Apple Pay only. Free bets are only valid for the specified race and are awarded when the qualifying bet has been settled. Free bet stakes not returned with winnings. T&Cs apply. 18+ Begambleaware.org

The next at Goodwood is another handicap over 1m6f.

SHAILENE was third in this at a big price last year and is only 2lb higher this time around. She's hard to predict for Andrew Balding, but gets Rob Hornby up and if he sits cold out the back she might come with a late rattle and pick up some pieces at big odds.

Up in class at 3.00pm for a Group 2 over 1m6f. Disappointing field here in terms of numbers.

ENBIHAAR should take all the beating for John Gosden and Crowley. The mare was a little disappointing last time at Newmarket but should appreciate this step back up in trip.

And finally at Goodwood another handicap although we now go 7f. SOCIETY LION is the one I like here for Sir Michael Stoute and Ryan Moore.

My hope was second at Doncaster last time having finished fourth at Newbury the time before. He's probably still capable of better after just four runs.