But who is Sir Jim Ratcliffe, the petrochemicals tycoon worth around £21BILLION? 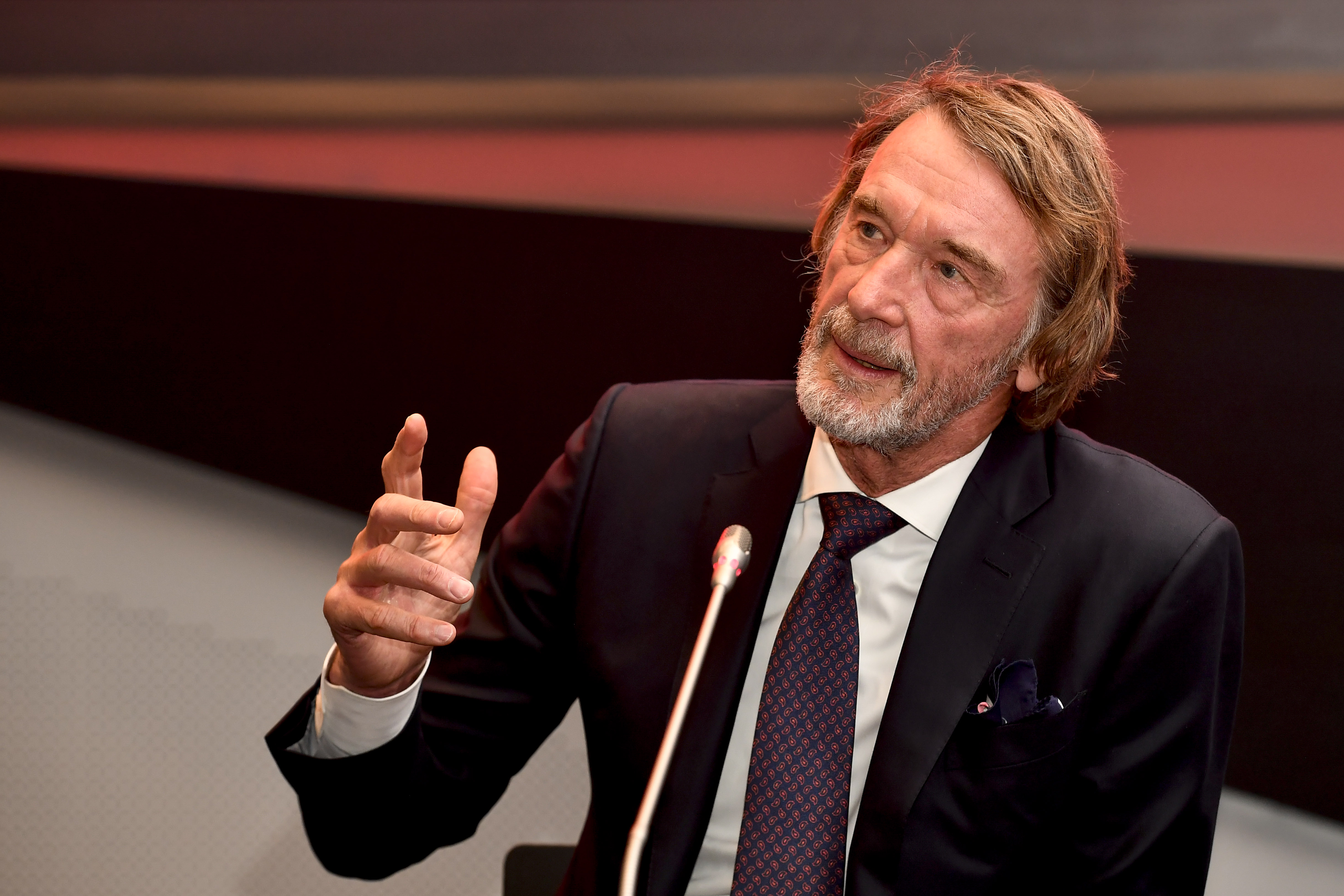 Here is everything we know about the 66-year-old.

Ratcliffe was born in Failsworth, Lancashire, a commuter town just outside of Manchester.

His father was a joiner and his mother worked in accounts, with the family living in a council house until the age of ten, before eventually moving to Hull, Yorkshire.

Ratcliffe admitted last year that despite having a Chelsea season ticket for many years, he is actually a Manchester United fan.

He said: "I am a season ticket holder at Chelsea, have been for years, although I’m a Manchester United fan really.

After attending Beverley Grammar School, Ratcliffe graduated from the University of Birmingham with a degree in chemical engineering.

He also attended the London Business School, doing management accounting and graduating in 1980.

He only became an entrepreneur at 40, becoming a co-founder of INSPEC and then in 1998 forming Ineos in Hampshire, buying out his partners.

The company used high-yield debt to finance deals, buying unwanted operations from bigger firms such as ISI and BP.

We’d look at businesses that were unfashionable or unsexy… We’d run them a bit better, reduce the costs, make them busy, and over the cycle they are very profitable

Ineos quit the United Kingdom in 2010, moving their head office from Hampshire to Rolle, Switzerland.

The move is said to have saved Ratcliffe and his firm around £100million annually because of lesser tax.

He did return in 2015, however, putting the chemicals and energy branch of Ineos in Knightsbridge, London, saying he was "very cheerful" about being back in the UK and untroubled by Brexit.

In fact, Ratcliffe had voted for Brexit.

However, he quit the UK last year, moving to tax haven Monaco.

In 2018, the Sunday Times named Ratcliffe as Britain's Richest Man, with a personal wealth of £21.05billion.

Ineos, which employs around 19,000 people across the globe, makes fuels and lubricants, food packaging and construction materials that are a huge part of everyday life.

It also supplies natural gas to homes and produces plastics, acids and polystyrene.

It is only in the last 12 months that he has become a more publicly known figure – his wealth rose by an astonishing £15bn in 2018.

He revealed to The Times how he made his money, saying: "We’d look at businesses that were unfashionable or unsexy, facilities owned by large corporations where you’d know they would be sloppy with the fixed costs.

"We’d run them a bit better, reduce the costs, make them busy, and over the cycle they are very profitable."

Ratcliffe has been called secretive and reclusive and according to the Financial Times has been given some nefarious nicknames by rivals and staff.

They reported he has been called JR after the scheming oil tycoon from 1980s hit show Dallas, as well as Dr No – after the Bond villain/mad scientist. 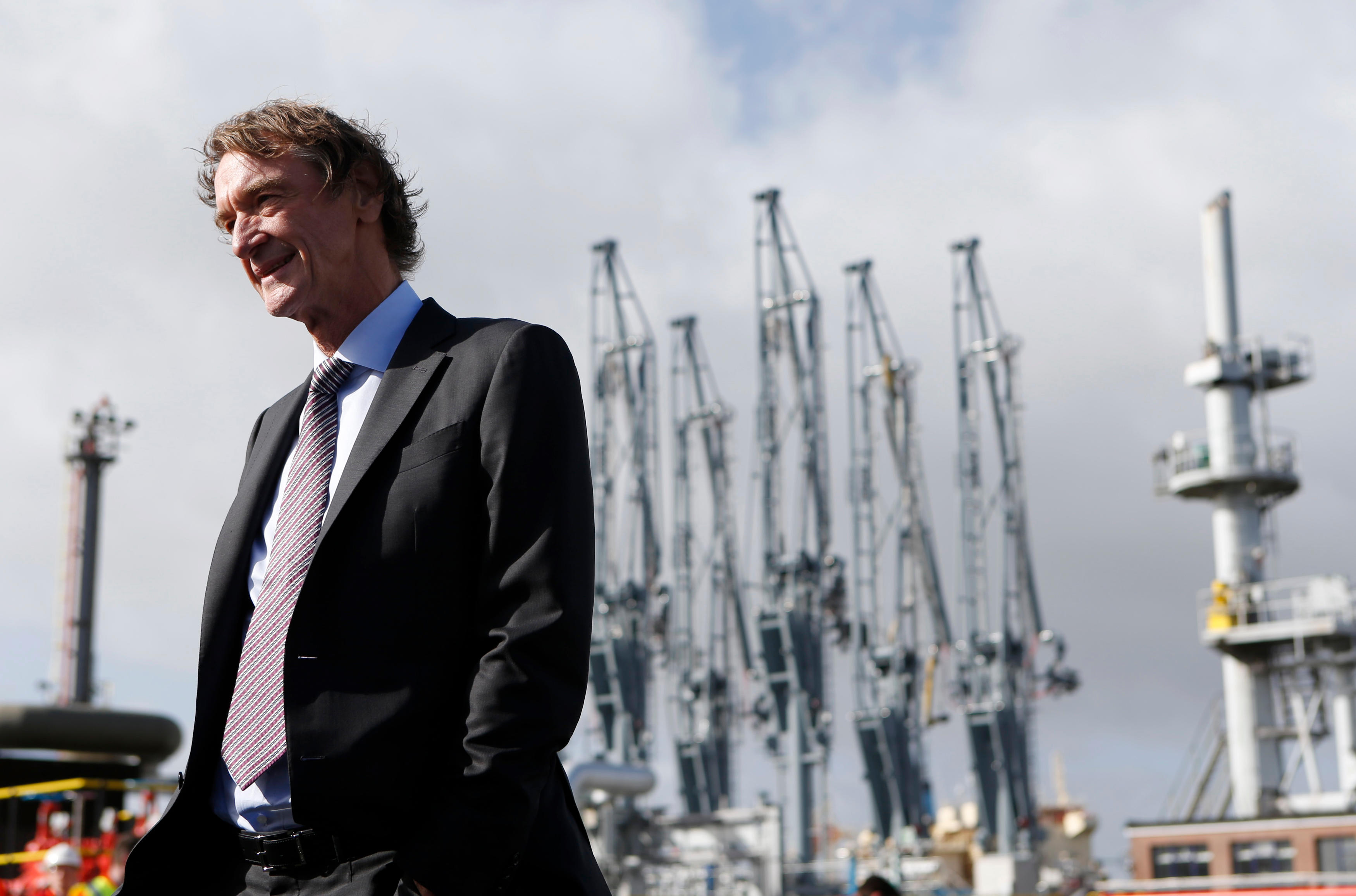 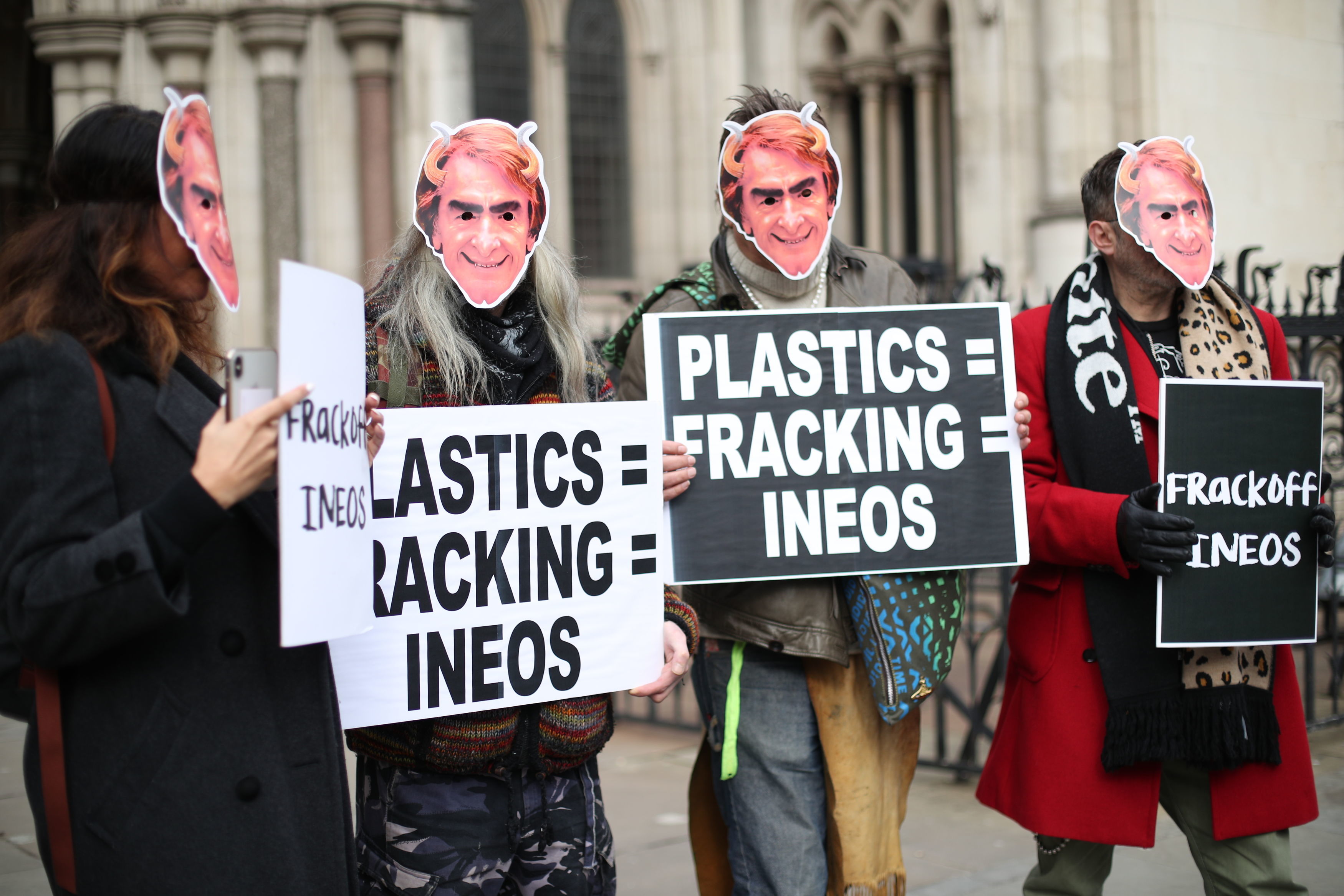 Ratcliffe, who is a vocal supporter of fracking, was married to Amanda Townson in 1985, before divorcing in 1995 – the couple had two sons.

He also has a daughter from his second wife, Alicia, whom he married in the late 1990s.

Ratcliffe had properties in Chelsea and Hampshire before quitting the country for the French riviera.

His move to the tax haven, where he already had a property, will save him around £4BILLION in tax.

The 66-year-old was made a Knight Bachelor in the 2018 Birthday Honours list for services to business and investment.

It features six large cabins, has a swimming pool on one of the decks, a helipad, Jacuzzi, sauna, cinema and beach club.

The helipad can even be transformed into a special sports area fit for tennis, badminton, basketball, baseball or football.

His other toys include FOUR private jets and a fleet of cars – although it's not known which cars he has.

However, he is a known lover of Land Rover Defenders and will now finance his own line of cars to fill the gap left in the market now the Defender is no longer in production.

The Ineos Projekt Grenadier is expected to go into production in 2020-2021. 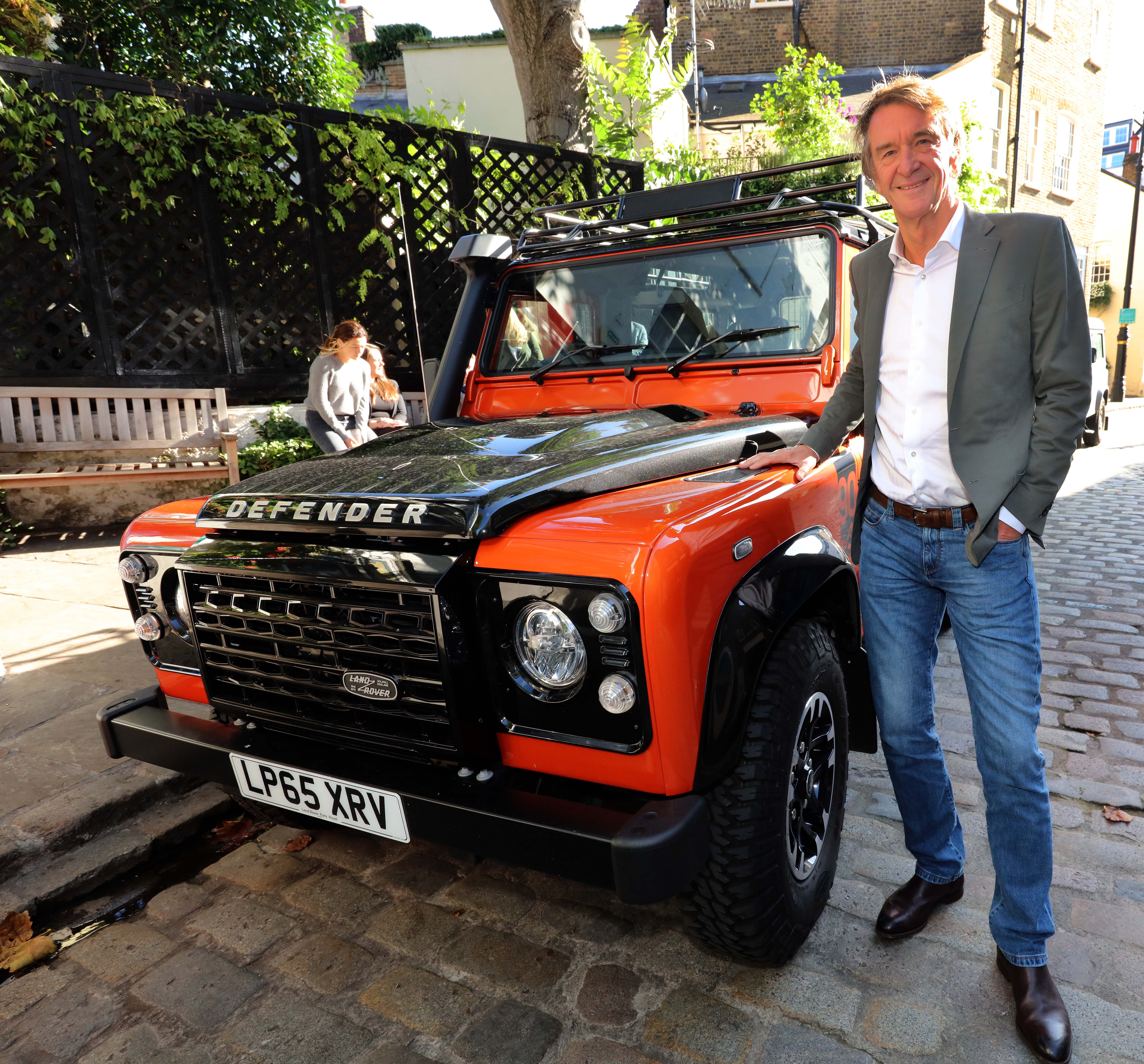 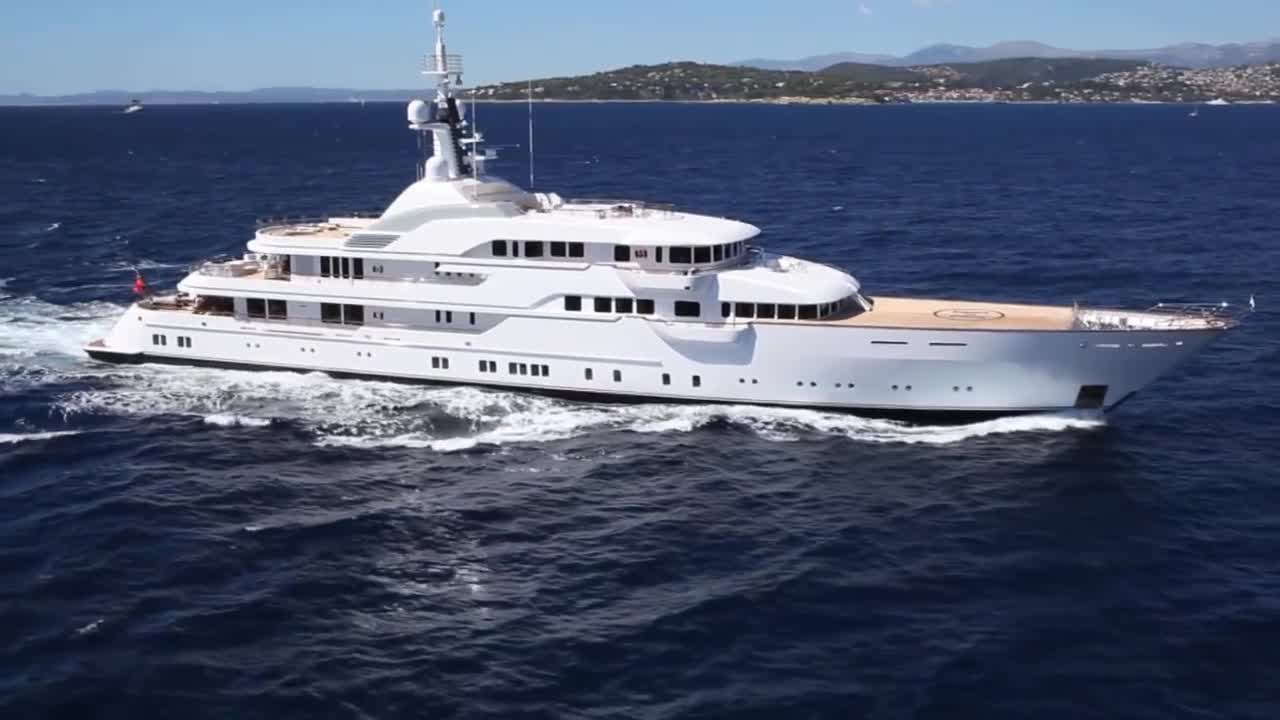 Sir Jim has always been a huge fan of sport and physical activity.

As well as growing up a Manchester United fan, he has made expeditions to the North and South Poles and also spent three months on a motorbike trek across South Africa.

Ratcliffe has had a Chelsea season ticket for a number of years and is also said to have completed the London Marathon in 2007.

Before his interest in buying Chelsea hit the headlines, Ratcliffe and Ineos had already bought another football team: Swiss side FC Lausanne-Sport.

He completed the purchase of the team in November 2017, with the club sitting fifth in the Swiss Super League.

However, The Blue and Whites were RELEGATED in his first season at the helm, dropping down to the Challenge League last May.

The club are currently second in the league, eight points behind leaders Servette, with 11 games still to play.

Only one team is promoted in Switzerland, however.

Elsewhere, Ratcliffe has completed a move for Team Sky – which will become Team Ineos.

He said: "Cycling is a great endurance and tactical sport that is gaining ever more popularity around the world.

"Equally, cycling continues to mushroom for the general public as it is seen to be good for fitness and health, together with easing congestion and pollution in city environments.

"Ineos is delighted to take on the responsibility of running such a professional team."

They will be rebranded to Team Ineos, although it is not known how much Ratcliffe will pay to buy the team.

In 2018, Ratcliffe teamed with Olympic hero Sir Ben Ainslie to form Ineos Team UK, with the aim of challenging for the America's Cup in 2021.

He is said to have spent more than £110million on the project so far. 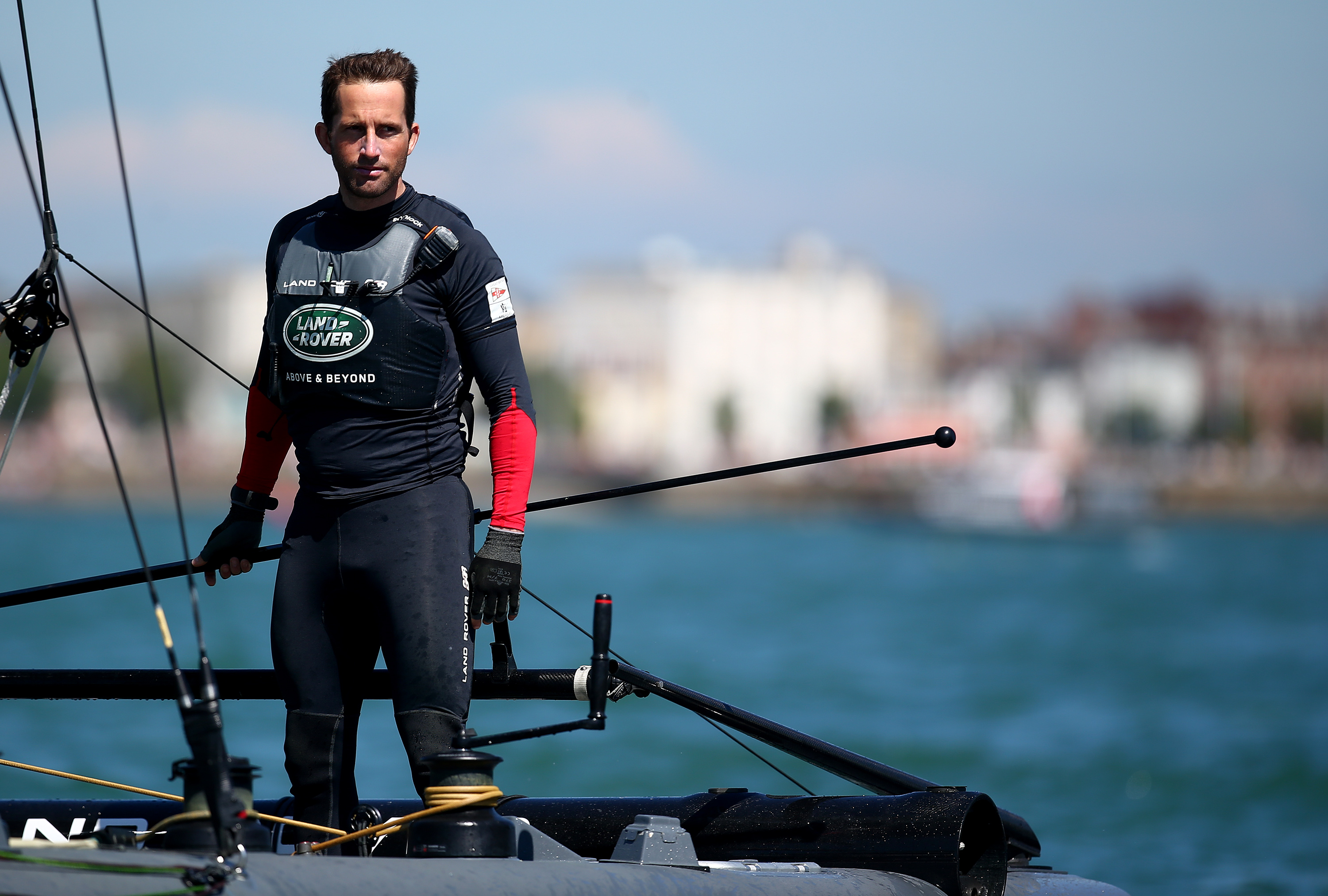 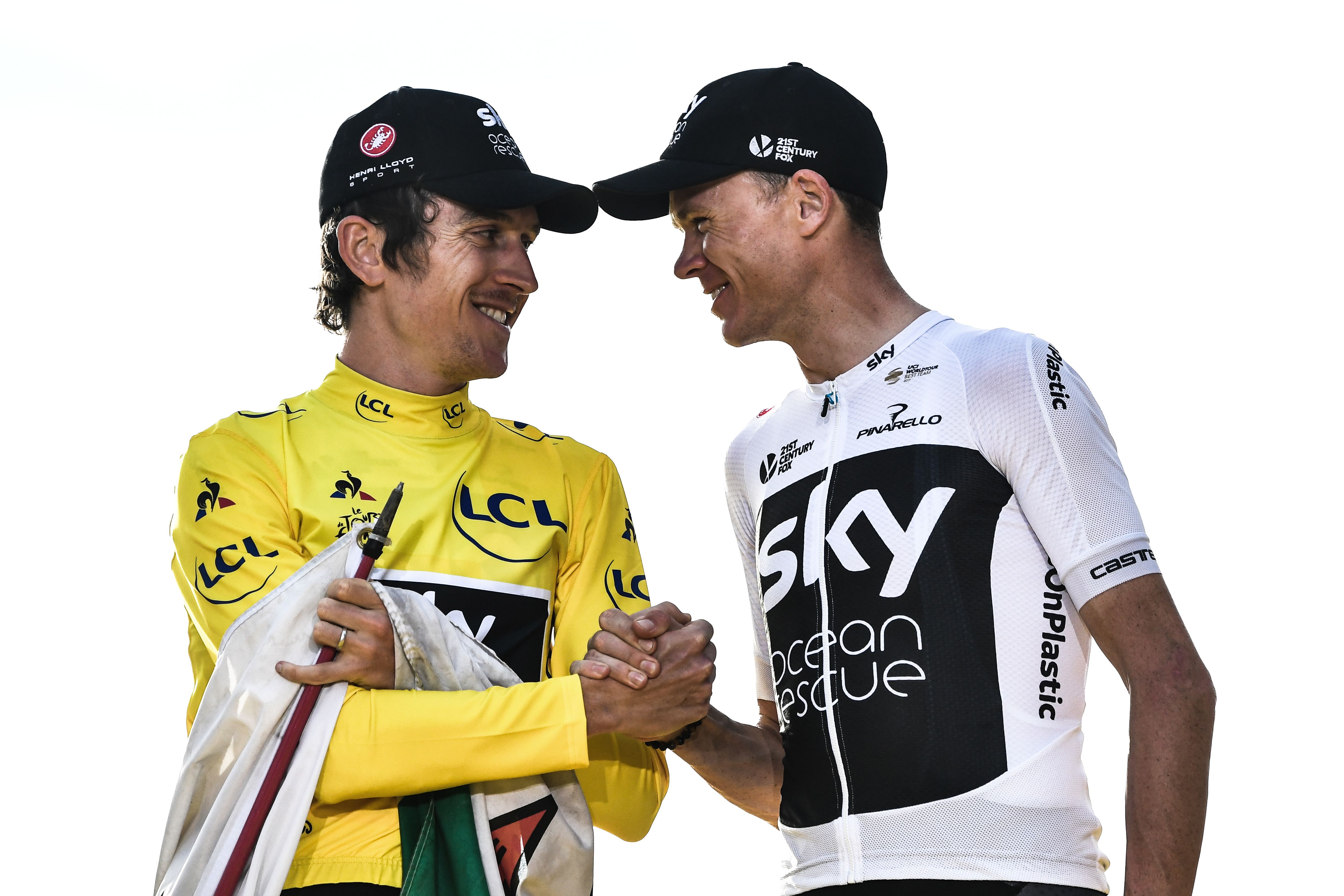