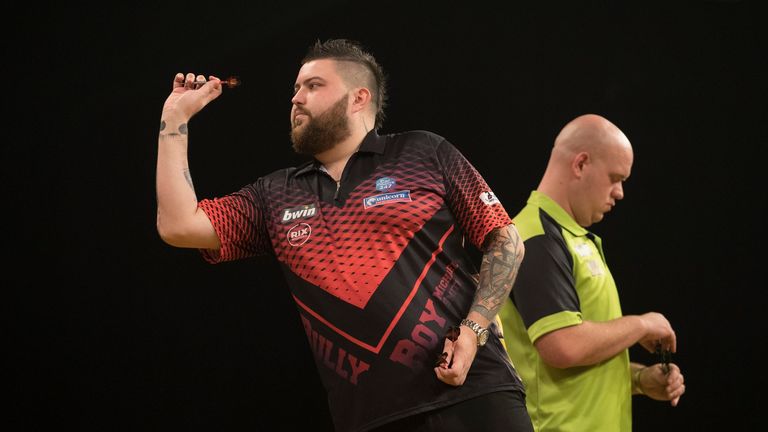 Michael Smith has a chance to win this year’s World Darts Championship and it would cap a year of much learning, on and off the oche.

Smith has never gone beyond the quarter-finals, but having had the fortune to be drawn into the bottom half of this year’s tournament, he will feel his chances have never been greater.

Peter Wright and Mensur Suljovic are out, Rob Cross is the only seeded players ranked higher than him in his half, while the competition has been littered with big-name exits from the opening weekend.

Smith has avoided the same fate but has only played once, he headlines the afternoon session when the biggest Christmas party of the year resumes on Thursday afternoon at Alexandra Palace, and no one is putting more pressure on the world No 10 than himself.

“There was pressure before Peter [Wright] went out – I didn’t want to be the first seed out, I think I even put that on Twitter,” Smith told the media after beating Ron Meulenkamp.

“Then Peter went, then another went, and another and another but really no one puts more pressure on than myself, I didn’t want to go home and have a rubbish Christmas, being depressed while the kids open their presents.

“I don’t look far ahead. I looked at two games, my first one and the next one and that was only so I could book the hotel, I booked the first two days so I could then go home for Christmas and then for when I would be back.”

Last year at Ally Pally, he was beaten by eventual champion Rob Cross and missed match darts in a thriller. He is on another collision course with the reigning champ, but hopes for a different outcome this time around. “Last year Rob’s name just seemed to be on the trophy – he could have thrown darts backwards but I still would have kept missing – he was always going to win it.

This year has almost been Smith’s. He has added Pro Tour titles to his tally, a TV crown with the Shanghai World Series, but has also lost in a couple of big finals.

He was no match for an inspired Michael van Gerwen in the Premier League final, no one would have been; but speaking afterwards with his son in his arms he felt it had been a huge step for him.

In the Ally Pally media centre this week it was more of the same from Bully Boy, who missed match darts against James Wade in the final of the World Series of Darts in Vienna, another lesson learned.

“Even when Wadey beat me, he said it’s a case of getting the first one.

“Look at Van Gerwen in 2012 at the Grand Prix, I just need to get the first one and the pressure will be lifted and my own expectations will be too.”

Smith has every right to feel good about himself. His darting progress has been steady, he is getting married four days after the Worlds final and his young sons are blossoming.

“Junior is mad on darts,” he says with a smile before discussing the family pecking order.

Look at that throw so smooth and great follow through. Taught him well pic.twitter.com/nPdshCKxML

“My wife would kill me if I beat him – she goes mad at me now for beating him.

“I drop him at school then go to practice with Ian White and then go and pick Junior up, take him home and then I am on the board with him for two more hours.

“He is five in March and hit his first 180 a few months ago – a full length throw with the bull at four foot.”

Bully Boy is often chatting about his offspring, like Daryl Gurney and James Wade fatherhood seems to have had the desired effect in focusing the mind. He is a young man who has had to do his growing up publicly having won the World Youth Championship in 2013 and he has an analogy for the progress of 2018 so far. 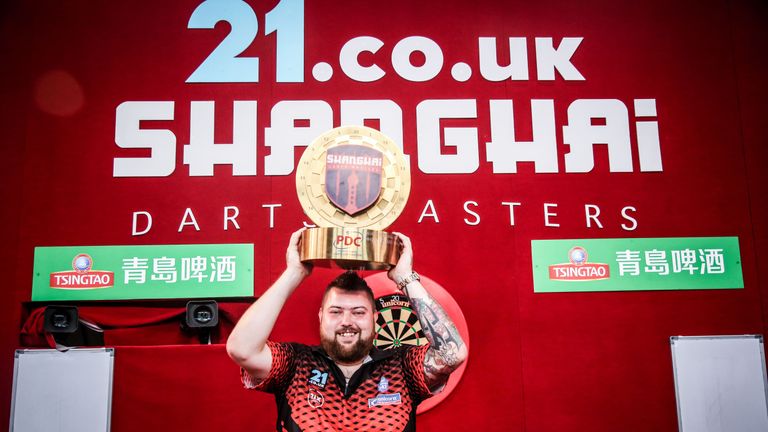 “I always refer to my kids, they don’t walk, they talk a lot of rubbish and then start crawling, I think I have been crawling for too many years,” he says.

“Now I have started to walk but I want to start running, it’s time to get the trainers on and start playing darts as best as I can, it’s been slowly, slowly but now I want to play the best darts that I can.

“I have always said I want to push the big boys but apart from this year I had only reached one semi-final but this year I’ve had finals, a couple of Pro Tour wins and then Shanghai a first TV win.

Smith told Sky Sports before Premier League Finals Night that he never touches a trophy until it’s his, and he reiterated that stance to the media on Wednesday after his win over Ron Meulenkamp.

The wait for a major title goes on but there is only one that matter to Smith: “If I retire without winning this I won’t have achieved what I wanted to achieve; a UK Open or whatever is not what I have set out to achieve, I want to be a world champion, that’s what I want to do.”

If he does take the trophy on New Year’s Day, he has vowed to walk down the aisle to his walk-on music and for good measure be introduced by the presiding officials of the magical day the reigning champion of the world.

You can follow every dart from every session of the World Darts Championships on Sky Sports Darts, check out the full schedule here. You can also stay up to date with all the action behind the scenes by following us @SkySportsDarts