THIS is the moment that signalled a changing of the guard at Stamford Bridge. 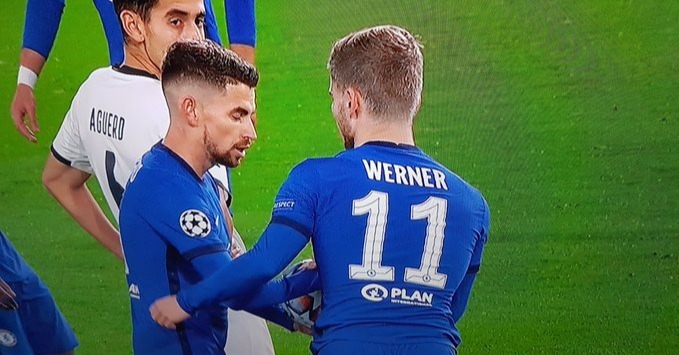 It could not have been a smoother passing of the baton as German ace Werner, 24, bagged TWO pens in the 3-0 Champions League win over Rennes.

Both spot-kicks came in the first-half as the Blues continued their unbeaten run in Europe and kept their fifth consecutive clean sheet with Edouard Mendy in goal against his old side.

Ex-RB Leipzig forward Werner smashed his first into the bottom left corner before sending his second the same way but high into the top corner of the net.

Former Napoli midfielder Jorginho has long been the No1 man from 12 yards and netted his first eight pens for the Blues.

But the Italian international has missed two in less than a month – against Liverpool and Krasnodar.

And after Chelsea won another pen out in Russia, Werner stepped up and buried his strike against Krasnodar.

Lampard had previously revealed he was toying with the idea of changing his penalty-taker.

And following Wednesday night's win over Champions League debutants Rennes, he confirmed he had wielded the axe.

Lampard said: "I spoke with Jorginho first because he's been brilliant taking penalties in his career and for us.

"And it has more been missing a couple recently that I felt it was time to have a change.

"And Jorgi's answer was as professional as I would expect in terms of he only wants us to score."

Despite profiting, Lampard admitted he wasn't too happy about the application of the laws in Europe.

He added: "It probably goes along with the rules in the Champions League that the decision gets given today.

"I'm not sure… they are not the rules now that we are going by in the Premier League and I'm not completely happy with them.

"And if I was the manager of Rennes today then I wouldn't have been happy with them either.

"It was one that worked in our favour today but I'm not mad on the rule itself."