The Australian Olympic Committee (AOC) will make a direct appeal to ABC chairwoman Ita Buttrose after the national broadcaster elected not to provide live coverage of next year’s Olympic Games in Tokyo, a move the AOC has branded as 'monumentally short-sighted'.

The ABC confirmed on Monday that it would not buy the non-commercial rights to the Games, meaning there would be no live broadcast for the first time since 1952. The ABC said "budget pressures and the changing broadcast environment" was behind the decision. 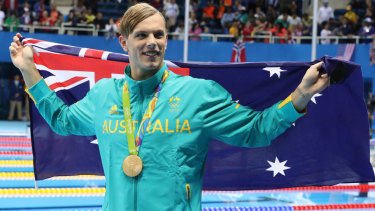 Kyle Chalmers celebrates gold in the 100m freestyle at the last Olympics in Rio.Credit:AP

It shocked ABC sports staff, many of whom pride themselves on their Olympic coverage, and sent a shockwave through the AOC, with chief executive Matt Carroll saying the ABC should think again before opting out of its Tokyo live coverage.

"The ABC should reconsider this decision. The AOC is prepared to put this case to the chair of the ABC directly, on behalf of the 8 million Australians who participate in Olympic sports," Carroll said.

"Not to mention the millions more who follow, support and celebrate those athletes.

"The AOC believes the decision is monumentally short-sighted and a great let down to Australians who rely on their national broadcaster – from the smallest of communities to our suburbs." 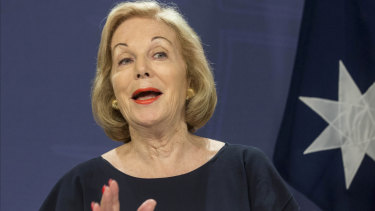 The Australian Olympic Committee is set to appeal to ABC chairwoman Ita Buttrose to reverse the decision.Credit:Jessica Hromas

Carroll said the Games played a vital role in encouraging Australians to be active and participate in sport. Coverage of the Olympic Games, Carroll said, was at the core of the ABC Charter and should be a vital part of its broadcast schedule next year.

"We live in times when we need to inspire even more Australians to participate in sport to defeat the growing scourges of obesity and mental illness. Tokyo 2020 presents such an opportunity to do that, given the time zone, in particular," he said.

"The Olympics can inspire Australians to embrace something valuable and as the ABC’s charter indicates, to contribute to a sense of national identity. There’s no bigger event in the world to fulfil this ambition.

"There is no sporting movement in Australia that covers the multicultural and geographical diversity of our country as the Olympic movement.

"We will be sending athletes to compete in some 42 disciplines in Tokyo. These things go to the heart of the ABC Charter."

The ABC will have a number of news staff on the ground to provide updates from Tokyo but the voices of well-known callers such as Alister Nicholson and Quentin Hull will be missing from the airwaves.

"It's an absolutely flat feeling walking in to work this morning … it makes me feel empty in the stomach," said Melbourne-based Nicholson, who was part of the 2016 Olympics commentary team.

Hull said: "The ABC will lose part of its DNA by not being at the Tokyo Olympics.

"The coverage has always shed a light on amazing stories of not only Australians, but human achievement the world over. It's a national shame."