There had been a series of lackluster weeks in the N.F.L. recently, but this week — Sunday in particular — has a lot to offer, with more than a few critical games, difficult matchups for the top contenders, and the debut of a new head coach in Green Bay.

And all of that is before Monday’s game in Seattle, which is the matchup with the largest playoff race implications this week.

Here is a look at N.F.L. Week 14, with all picks made against the point spread.

Jared Goff is going to have to be careful this week. The quarterback of the Rams (11-1) has had a dream season, averaging 312 passing yards a game while throwing 27 touchdowns, but he is up against his most difficult opponent this season in the Chicago secondary.

The Bears (8-4) are ranked just 11th in terms of passing yards allowed, but they have made quarterbacks pay for any mistakes with an N.F.L.-leading 21 interceptions. As a result, opposing quarterbacks have just a 78.5 passer rating against them, which is the lowest mark in the league by just under five points. 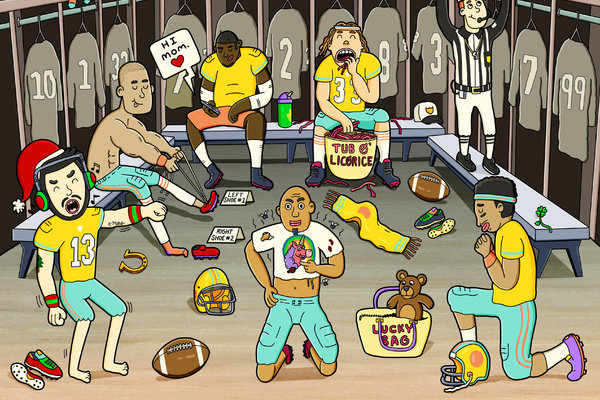 Chicago has had plenty of players contributing to the cause, with Kyle Fuller, a cornerback, leading the way with six interceptions, while Eddie Jackson, a safety, has crushed teams’ spirits by returning two of his four picks for touchdowns. Eight other players on the team have contributed at least one interception.

Coach Sean McVay does not seem scared of a challenge, and he is unlikely to alter his approach significantly regardless of the opponent. But with Los Angeles having already clinched its division, the motivation to grind out wins lessens a bit each week. The Rams do have the carrot of a win securing them a first-round bye, but the Bears are trying to hold off Minnesota in the N.F.C. North, which could give them the edge at home. Pick: Bears +3 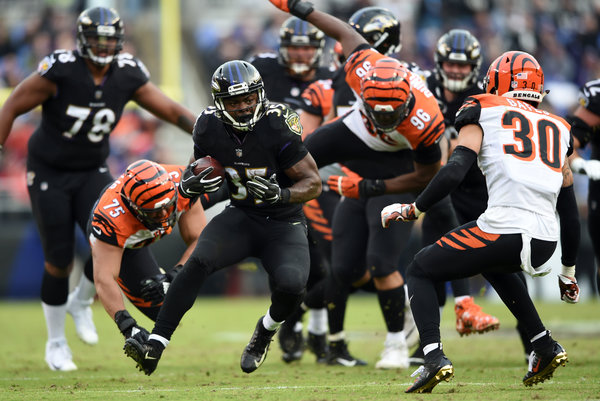 This matchup is more interesting than it might seem. The Chiefs (10-2) have been on the shortlist of top teams in the N.F.L. this season, and can clinch the A.F.C. West with a win or a tie this week, but their defense has constantly come under fire. As it stands, the Chiefs are 22nd in the N.F.L. in rushing defense, but that number is skewed by how often their opponents are playing from behind. If you switch to average yards per carry, Kansas City is ranked dead last at 5.1.

Enter the Ravens (7-5), a team employing a run-first-pass-only-under-duress strategy that has led to three consecutive wins in which Lamar Jackson, Gus Edwards and assorted other teammates have rushed for 267, 242 and 207 yards. There is even a chance that Joe Flacco returns at quarterback this week, which may lead to a hybrid approach where Flacco handles typical passing situations while Jackson continues to anchor the running game.

If this matchup were being played in Baltimore it would be tempting to predict an upset, but even the Ravens will likely fall prey to the belief that they need to pass to keep up with the Chiefs. Jackson can occasionally make a sneaky-good throw, but he can’t survive a shootout with Patrick Mahomes, so with Flacco’s status uncertain, Baltimore’s winning streak should end. Pick: Chiefs -6.5 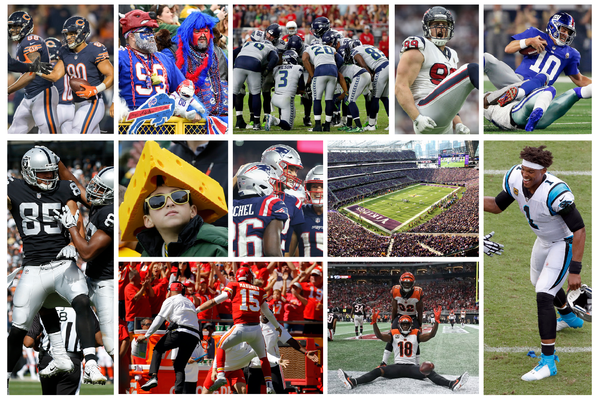 Andrew Luck’s streak of games with three or more touchdown passes came to a crashing halt last week as the Colts (6-6) were shut out by the lowly Jaguars. Now they have to face the streaking Texans (9-3) who have forced their way into the conversation for home field advantage throughout the playoffs after starting the season 0-3. It was a close win over Indianapolis in Week 4 that got the ball rolling for the Texans, and with them playing at home this week, they should sweep the season series against their division rival.

Should Tennessee lose to Jacksonville on Thursday, the Texans would need just a win or a tie against Indianapolis to clinch the A.F.C. South. Pick: Texans -5

It is probably time for Kris Richard to become a household name. The defensive backs coach was one of the architects of Seattle’s Legion of Boom secondary, and this season he has dramatically revamped the Cowboys (7-5) into a team that is succeeding because of its defense rather than in spite of it. Last week’s dominance of Drew Brees and the Saints served notice that Dallas is a legitimate contender on both sides of the ball, and a win this week over the Eagles (6-6) would pave a remarkably clear path to the N.F.C. East title. Pick: Cowboys -3.5

If you’re a fan of the video-game offenses of the Chiefs, Saints and Rams, and consider a vertical scoring attack to be the pinnacle of N.F.L. achievement, then you may want to avoid this game. The Jaguars (4-8) are averaging just 223.9 passing yards a game, which is 24th in the N.F.L. but still much higher than the Titans’ (6-6) average of 197.5 (29th). So expect few deep throws and long scoring plays, as this will more than likely be a slugfest between teams that pride themselves on defense and running the ball. As Jacksonville, which ended a seven-game losing streak last week, continues its pursuit of a .500 record, it will rely on Leonard Fournette, the team’s standout running back, to find a way to get through a stout Titans front seven anchored by Jurrell Casey. Tennessee is a worthy favorite, but the opportunity is there for a motivated Jacksonville squad to either keep things close or score an upset on the road. Pick: Jaguars +4.5

Every quarterback has a stinker at some point, but it was still surprising to watch Drew Brees be so severely limited by the Cowboys’ secondary last week. The ultra-prolific quarterback of the Saints (10-2) had just 39 passing yards in the first half and finished the day with 127, along with one touchdown and one interception. It was not the worst performance of his career, but it was certainly a downer as it ended a 10-game winning streak in which the New Orleans offense looked unstoppable. The Saints’ level of motivation could certainly be questioned, as they will easily qualify for the playoffs — they can clinch the N.F.C. South with a win or a tie, and can even clinch with a loss provided Carolina loses or ties — but if Brees wants to boost his numbers to cement his place in the M.V.P. race, there are few teams that could facilitate that more easily than the Buccaneers (6-7) and their 28th-ranked pass defense. Pick: Saints -8

The Upshot estimates that the Dolphins (6-6) currently have around a 10 percent chance of making the playoffs. A win over the Patriots (9-3) would boost those chances to more than 20 percent, while a loss would drop them to 2 percent. There is no question that Miami is aware that this is the team’s last stand of contention for this season. Does that mean Ryan Tannehill can outduel Tom Brady? Probably not. But it may motivate the Dolphins enough to keep things within a touchdown at home. 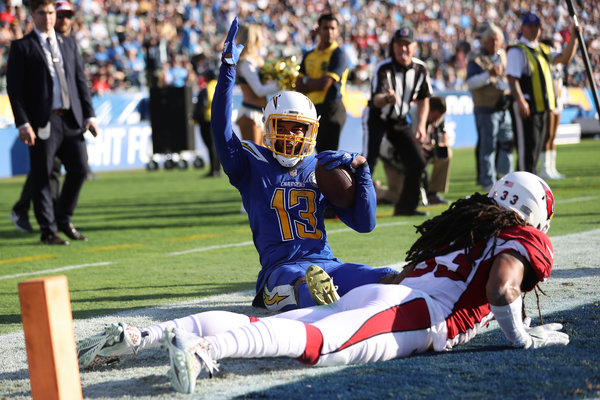 It is hard to get too worked up about the Browns (4-7) having their modest two-game winning streak end last week once you consider that they were playing on the road against the outrageously hot Houston Texans. This week they have a far more winnable game as they host the Panthers (6-6), who have dropped four straight after a 6-2 start to the year. In truth, Carolina is further along in team development, and has at least a 50/50 shot of walking out of Cleveland with a win, but home field should tip the scales ever so slightly in Cleveland’s favor. Pick: Browns +2

In each of the last two weeks the Steelers (7-4-1) had a game all but won and then managed to lose. Pittsburgh fans may want to blame the drama surrounding the Chargers’ game-winning field goal last week for the defeat, but when your team held a 16-point advantage with two minutes left in the third quarter, a field goal should not have decided the game. The Raiders (2-10) have been fairly awful this season, and on talent they should get blown out, but a combination of James Conner being out for Pittsburgh, the Steelers having regularly played down to the level of their competition, and Oakland’s offense having recently shown some life, there is a decent chance that the Raiders make the double-digit point spread seem foolish. Pick: Raiders +10.5

Are the last four games of this season a tryout for Joe Philbin to be the permanent head coach of the Packers (4-7-1)? That is certainly a possibility as Philbin, who was previously Green Bay’s offensive coordinator, becomes the team’s first midseason replacement at coach since Gene Ronzani quit (possibly under orders from Green Bay’s executive council) way back in 1953. The Packers have been ice-cold recently, but so have the Falcons (4-8), which leaves this matchup as a bit of a tossup. Pick: Packers -5.5

It is easy to pick on the Bengals (5-7), losers of six of their last seven games, but it is worth remembering that those losses came as Cincinnati endured several huge injuries and against some stellar competition — it is not like many teams can stand up to the Steelers, Chiefs or Saints. Now they have to go on the road to face the red-hot Chargers (9-3) with their three most recognizable players (Andy Dalton, A.J. Green and Tyler Eifert) all on injured reserve and their starting running back (Joe Mixon) questionable with a foot injury. Covering a two-touchdown point spread is a lot to ask, but the Chargers should win, and they should win big. Pick: Chargers -14

The Broncos (6-6) are not currently in line for a playoff spot, but the teams ahead of them for the second wild-card spot (Baltimore, Miami, Indianapolis) all seem to be skating on thin ice. Denver can improve its position with an extremely winnable road game against the 49ers (2-10), a team that has been devastated by injuries. How far the Broncos can go beyond that is a more interesting question, as season-ending injuries to Chris Harris Jr., a cornerback, and Emmanuel Sanders, a wide receiver, could hamper them in games against teams more competent than San Francisco. Pick: Broncos -4

It has been a swift fall for the Redskins (6-6). They entered Week 11 with a 6-3 record, control of the N.F.C. East, and a belief that the combination of a strong defense and a quietly efficient offense could power them to the playoffs. Alex Smith’s devastating injury was just the start of their problems as they have now lost three consecutive games, have had to watch the Cowboys ascend, and have somehow ended up with Mark Sanchez at quarterback. But hey, if Sanchez gets hurt, or plays like Sanchez tends to play, there’s a chance Josh Johnson gets into a game. If you think Colin Kaepernick would be rusty after two seasons out of the league, imagine the gunk that has built up on Johnson, who hasn’t attempted a pass in the N.F.L. since Dec. 11, 2011. Pick: Giants -3.5

Go out and spend time with your friends or family. If anything interesting happens in these two games the highlights will be easy enough to find. Picks: Lions -3; Jets +3.5

The Seahawks (7-5) were supposed to fall apart when the Legion of Boom disbanded. Somehow, that collapse just never came. Bobby Wagner has anchored a defense that is not nearly as intimidating as the ones in recent franchise history but that has been good enough to power Seattle to the 10th-best point differential in the league. The Vikings (6-5-1) are a meaningful test, as Kirk Cousins leads a pass-heavy offense that could exploit the Seahawks’ secondary. Both teams are fighting for wild-card spots, so there is plenty of motivation to go around, which leaves the home team as the better pick in what should be a good game. Pick: Seahawks -3.5

All times are Eastern.

Benjamin Hoffman is a senior staff editor and regular contributor to the Keeping Score column in sports. He joined The Times in 2005. @BenHoffmanNYT • Facebook