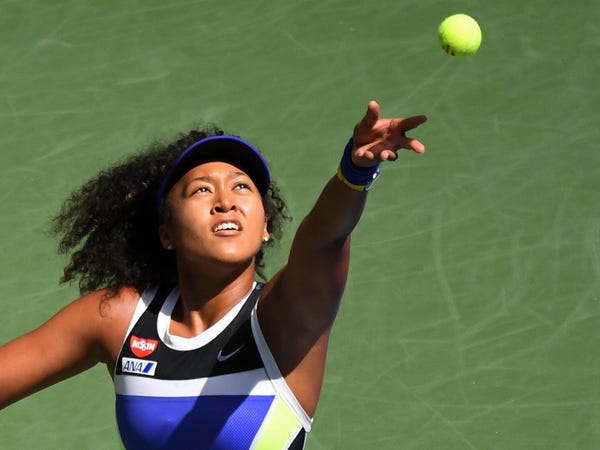 Naomi Osaka had already won eight straight matches heading into her US Open quarterfinal, but that didn't stop the tennis star from channeling anger from a past loss to fuel her way to the semis.

After winning her match against Shelby Rodgers on Tuesday in straight sets, the 22-year-old superstar said in her post-match interview that she had a chip on her shoulder heading into the contest. That's because Osaka had never defeated Rodgers, the 93rd-ranked American, in the three times they'd played before.

"Honestly, I just felt like she had the upper hand because I've never beaten her," Osaka said. "And those memories are stuck in my head, so I consider this a little bit of revenge."

Osaka and Rodgers last faced off in 2017, when Rodgers won in straight sets. Osaka, now a two-time Grand Slam champion, admitted that their last meeting left "a really bad aftertaste in my mouth."

That was the inspiration behind her clinical performance at Arthur Ashe Stadium, Osaka added.

At No. 1 in the world rankings, Osaka is the favorite in this year's US Open. She's never reached the quarterfinal of a major tournament without winning it all, and she's just two matches away from keeping that streak alive.

Osaka will face 28th seed Jennifer Brady on Thursday, where both will vie for a trip to this year's final.