PATRICK REED'S nightmare President’s Cup hit a new low, as his caddie was banned from the final day’s Singles for fighting with a fan.

Kessler Karain, who is also Reed’s brother-in-law,  jumped off a buggy to confront the spectator as the Melbourne crowds continued to heap abuse on the 2018 Master champion. 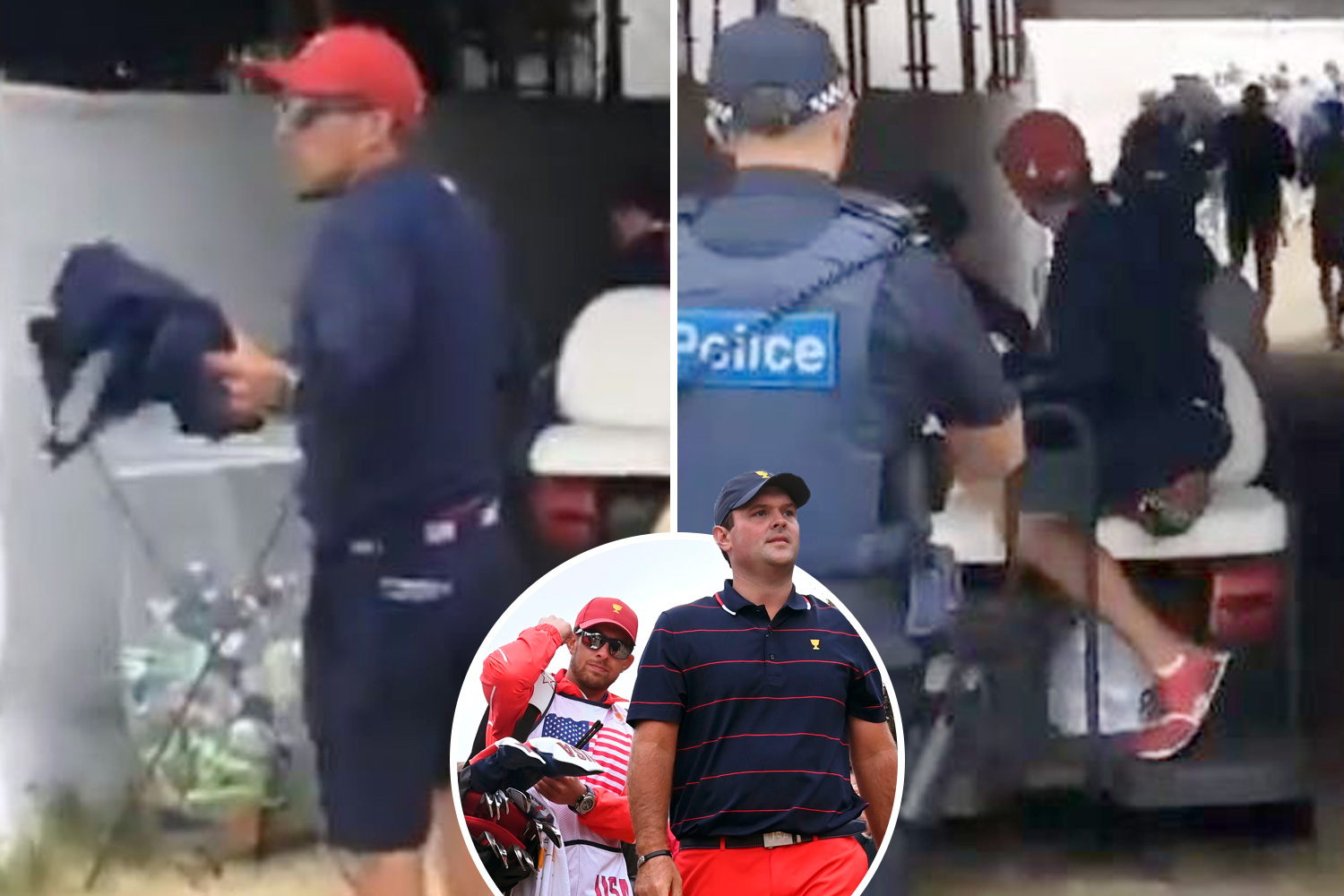 Eye-witnesses said punches were thrown, although Karain claimed he merely shoved a man who swore at Reed, and spilled the beer he was carrying.

PGA Tour bosses hauled the caddie in to explain his actions, and issued a statement saying: "Following an incident that took place involving Kessler Karain and a spectator, Karain will not return to caddie for Sunday's final-round singles matches.”

Reed – who dubbed himself Captain America after taking down Rory McIlroy in the Singles at the 2016 Ryder Cup – has been targeted by the Aussies over the cheating row that erupted at last week’s Hero World Challenge.

He was handed a two shot penalty for improving his lie by brushing sand away from his ball on his backstroke – twice.

The Australian galleries yelled “cheat” at him, and nicknamed him The Sandman and Mr Excavator as he crashed to three successive defeats alongside former US Open champion Webb Simpson.

Reed was one of player-captain Tiger Woods’ wild card picks. On the opening day he was involved in a barging match with Australian golfer Cameron Smith, after he described the American’s claim his rules breach was accidental as “bulls**t”.

Reed and Simpson’s failure to register a single point on the opening three days left the USA trailing 10-8 as they headed into last night’s Singles.

Karain, the younger brother of Reed’s wife and former caddie Justine, said he decided he had heard “enough” during Saturday’s second round of fourballs.

He said: "We have been known for having fun with some good banter, but after hearing several fans in Australia for three days some had taken it too far. I had had enough. And this gentlemen was one of them.

“Riding on the cart, guy was about three feet from Patrick and said: ‘You f***ing suck’.

"I got off the cart and shoved him, said a couple of things, probably a few expletives. Security came and I got back in the cart and left.

"I don't think there's one caddie I know that could blame me. Unless his bones break like Mr Glass, the most harm done was a little spilled beer which I'm more than happy to reimburse him for."

Reed, who is expected to use coach Josh Gregory as his stand-in caddie, said he accepted Karain’s ban.

He commented: “I respect the TOUR's decision. We are all focused on winning the Presidents Cup .”