Cam Newton was reportedly among those who tested positive. Sunday’s game will be rescheduled to Monday or Tuesday, the N.F.L. said. 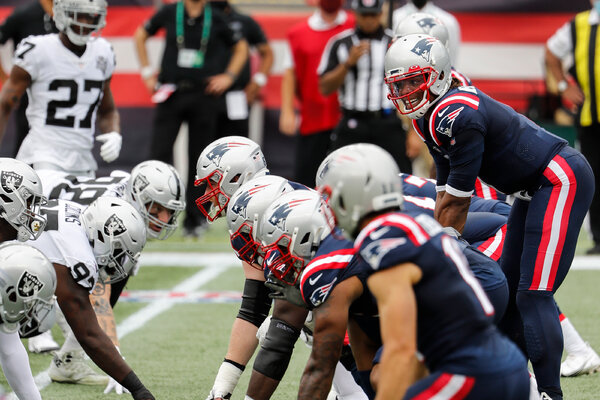 The N.F.L. has postponed Sunday’s highly anticipated game between the New England Patriots and the Kansas City Chiefs to Monday or Tuesday after positive coronavirus tests on both teams. According to multiple reports, Cam Newton, the Patriots quarterback, was among those who tested positive.

“In consultation with infectious disease experts, both clubs are working closely with the N.F.L. and the N.F.L.P.A. to evaluate multiple close contacts, perform additional testing and monitor developments. All decisions will be made with the health and safety of players, team and gameday personnel as our primary consideration,” the league said in a statement.

The Patriots confirmed a positive test, but did not identify the player in accordance with privacy policies. In a statement released Saturday, the team said the player entered quarantine and that subsequent testing done on players and staff who had been in contact with him had come back negative.

“We are in close consultation with the N.F.L. as well as our team of independent doctors and specialists, and will follow their guidance regarding our scheduled trip to Kansas City and game against the Chiefs. The health and safety of our team, as well as of our opponent, are of highest priority.”

The new positive tests come after the N.F.L. spent much of the week scrambling to address an outbreak of virus cases among the Tennessee Titans. At least a dozen members of the Titans organization — including as many as nine players — were known to be infected, forcing the league to push its scheduled Week 4 game against the Pittsburgh Steelers back to Oct. 25, Week 7 of the football calendar.

This is a developing story. Check back later for updates.