SCOT McTominay was accused of "taking social distancing too literally" as Manchester United's midfield took a savaging for Leicester's first-half equaliser in the 2-2 draw. 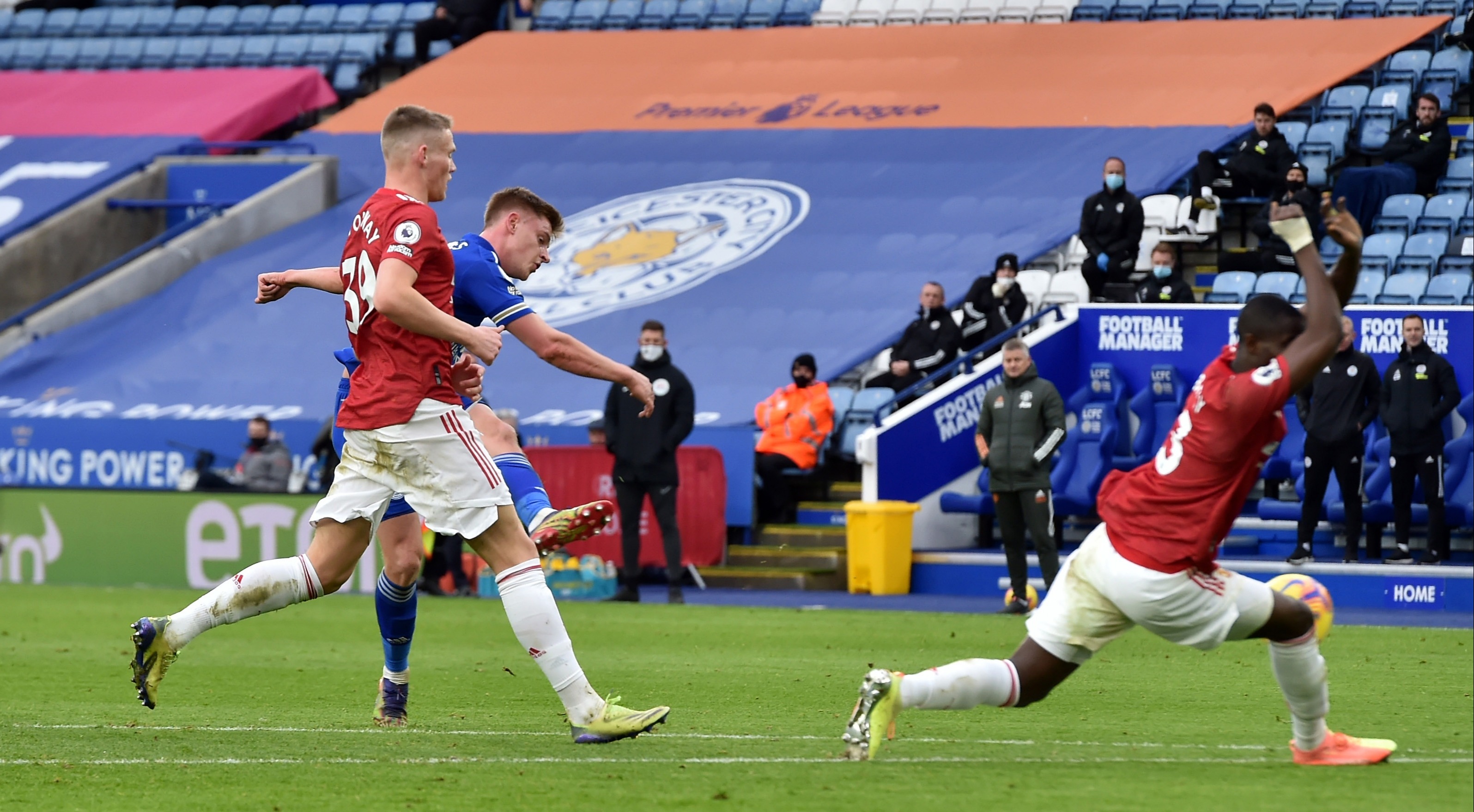 That cancelled out an opener from Marcus Rashford, who had earlier left Scholes open-mouthed in the stands by heading over an empty net.

And Scholes was just as disbelieving when he saw how much space Barnes had to shift the ball from right to left foot, before drilling home from the corner of the penalty area 'D'.

He blasted: "I think McTominay is taking social distancing a bit too literally."

Hoddle, though, was equally focused on Fernandes surrendering possession to James Maddison in the build-up.

He said: "United give away the ball too easy there.

"Fernandes gets caught but this is just a little half a yard there, (Scott) McTominay doesn't face up to him, to be fair Bailly is in the way there for De Gea.

"He just gets caught and he (Barnes) just curls it round Bailly into that bottom corner. It's a really good strike."

McTominay had once again kept Paul Pogba and Donny van de Beek out of the United starting line-up.

And Fernandes at least made up for his blunder with a lovely goal from sub Edinson Cavani's pass on 79 minutes, putting United 2-1 up.

But Jamie Vardy levelled with a typical first-time finish.