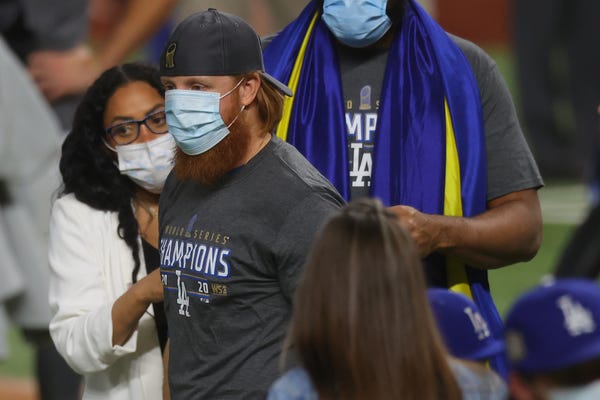 Los Angeles Dodgers third baseman Justin Turner was pulled mid-way through his team's World Series win over the Tampa Bay Rays on Tuesday night after it was revealed he had tested positive for the coronavirus.

That didn't stop him celebrating with his teammates, however.

Despite, according to Sports Illustrated, being told to immediately self isolate following his positive test, Turner was pictured after the Dodgers' victory hugging and shaking hands with his teammates, passing round the World Series trophy, and posing for pictures without a mask. 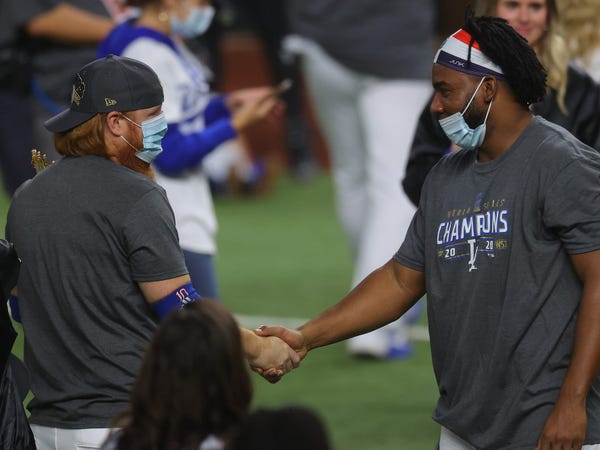 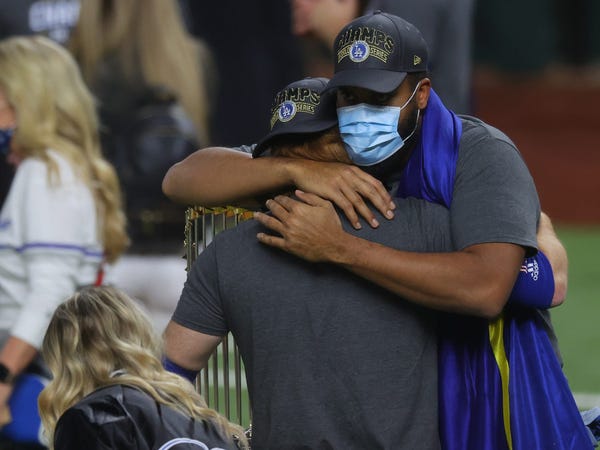 He was also seen holding the World Series trophy, which was likely handled by dozens of people involved with the championship-winning franchise. 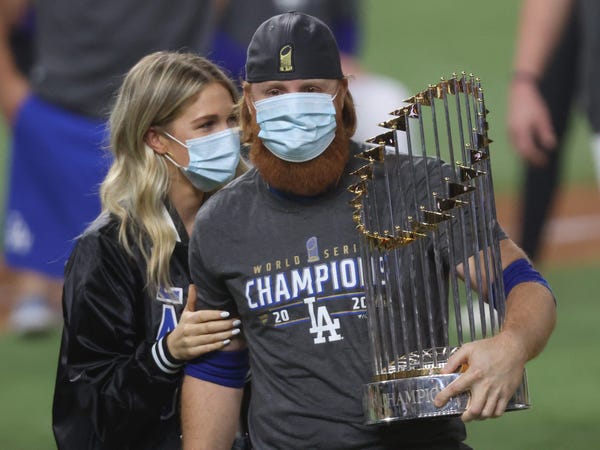 Turner even posed for photographs with the rest of the team while not wearing a mask. 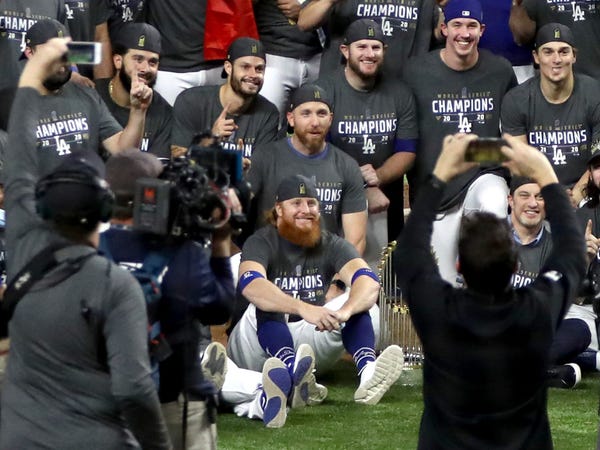 "Having a mask on and staying socially distanced, he wanted to come out and take a picture with the trophy," he said. "We can't state strongly enough how big a role he played for this organization.

"I don't think there was anyone that was going to stop him from going out."

Friedman added that Turner's actions were unlikely to infect anyone who hadn't already been infected due to the fact that everyone celebrating on the field had been sealed inside the same playoff bubble for a month.

"From a contact tracing standpoint, we're all kind of in that web," Friedman said.

Turner later tweeted saying that he felt "great" while also appearing to deny that fact he had celebrated with his teammates.

"Thanks to everyone reaching out! I feel great, no symptoms at all," he said. "Just experienced every emotion you can possibly imagine. Can't believe I couldn't be out there to celebrate with my guys!

"So proud of this team & unbelievably happy for the City of LA."

Neither the Dodgers nor the MLB immediately responded to an out of hours request for comment from Insider.