EVERYONE loves to bag a winner at a big price.

But hardly anyone can boast of backing a horse at such huge odds that victory seemed nigh-on impossible. 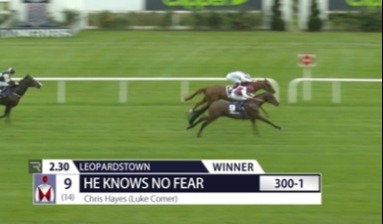 Yet rank outsiders romping home happens more often than you might think.

T&Cs: New customers only. Place your FIRST bet on any sportsbook market and if it loses we will refund your stake in CASH. Max refund for this offer is £20. Only deposits made using Cards or Apple Pay will qualify for this promotion. T&Cs apply. Paddy's Rewards Club: Get a £10 free bet when you place 5x bets of £10+. T&Cs apply. 18+ Begambleaware.org

In fact, Sedgefield saw two 100-1 winners in the space of a week recently.

With that in mind, SunSport looks at just some of the biggest outsiders to pass the post first.

Luke Comer's horse became the biggest-priced winner in British and Irish racing history when he won at Leopardstown in August.

He Knows No Fear had made only one start before this race but pipped even money favourite Agitaire on the line.

A lucky Ladbrokes customer in Ireland won close to a cool €40,000 with a €100 each-way bet striking gold.

Only 37 bets were wagered on the three-year-old colt with the firm, with the average stake at 50p.

It was November 1990 when this no-hoper stunned everyone by landing the spoils.

The five-year-old had run on four previous occasions, falling once, being pulled up twice and being beaten by 62 lengths on the one time it finished.

But that did not stop it at Kelso when it won a race for novices – and shocked the racing world.

After showing nothing in four previous starts, Beechy Bank seemed to stand no chance at monster odds ahead of a race at Warwick in 2002.

But two punters were reported to have been left celebrating massive returns.

They both backed Beechy Bank in a double with another horse, and when the outsider won landed payouts of £6,030 and £10,050 each.

Beechy Bank's jockey Vince Slattery said: "I've got more chance of riding a 200-1 winner than I have a favourite because I never get to ride favourites."

Not much was expected of Dandy Flame going into a race at Wolverhampton in July 2016.

Jose Santos, who owned and trained the horse, had seen him finish last by 18 lengths on his debut.

The Racing Post said the novice horse looked 'clueless' in that contest.

But whatever happened to it between that and its shock win in the 5f dash made a world of difference, because he won by nearly three lengths.

Santos said: "I'd be lying if I said I didn't have a bet on him, but I should have had more."

Another member of the 200-1 club, Lights Of Broadway became one of racing's longest priced winners when victorious at Taunton in January 2012.

Night Rose, the favourite in the race, fell two out when looking nailed on for victory.

Winning trainer Jo Hughes said after the upset: "I'm not a gambler, but I did think she was capable of running well and the better ground and shorter trip have helped."

While not the biggest outsider, Mon Mome's story is the most famous.

The 100-1 outsider won the 2009 Grand National by 12 lengths, with jockey Liam Treadwell on board. 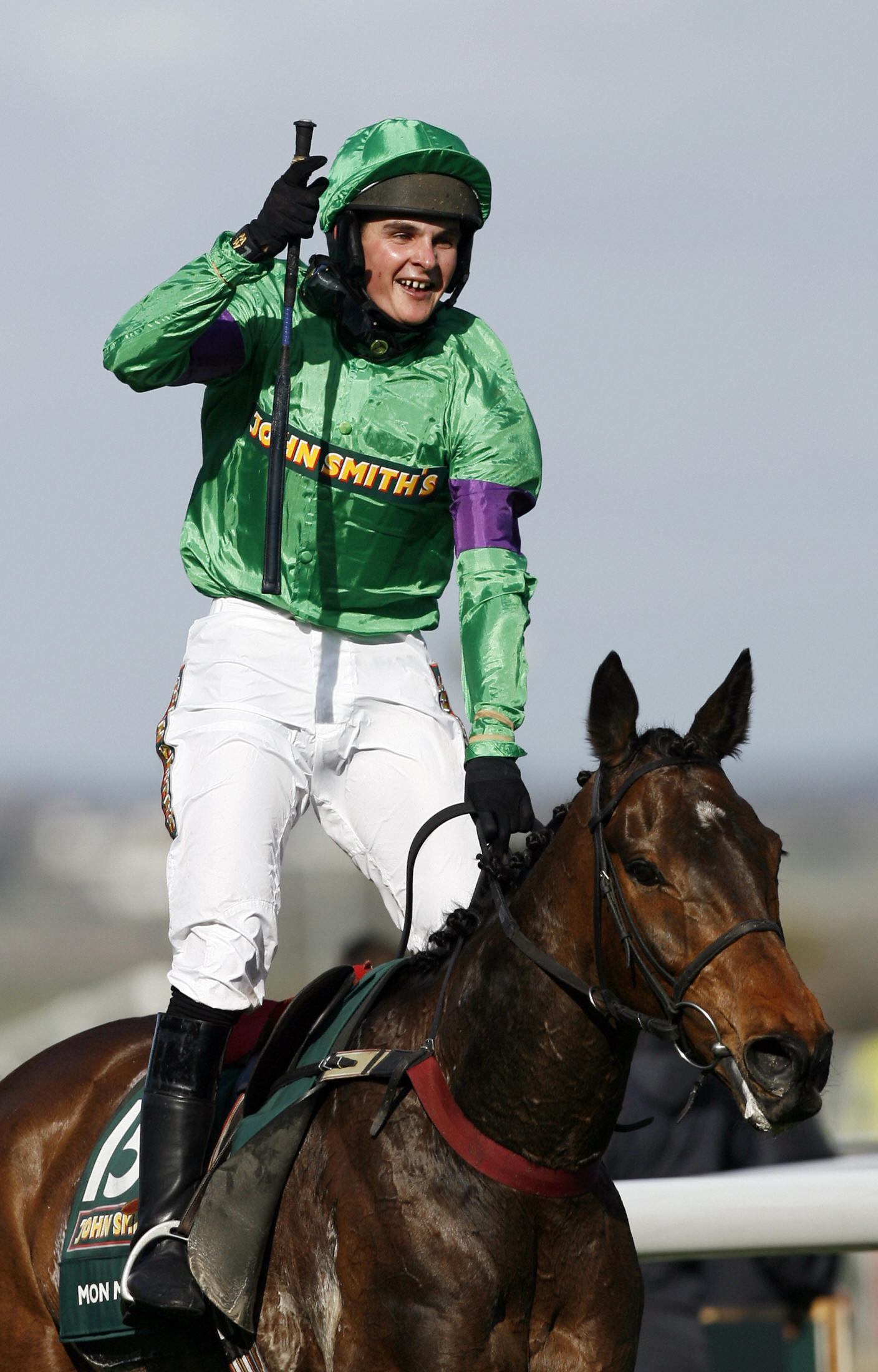 Mon Mone was the biggest price winner of the race since Foinavon in 1967.

But tragedy was to strike earlier this year when Treadwell died at the age of 34.

Treadwell rode more than 300 winners throughout his career but will always be associated with Mon Mome.

His win in the 1990 Cheltenham Gold Cup at huge odds was termed the 'shock of the century'.

And that was pretty fitting given the fact his trainer was Sirrell Griffiths, an unheralded dairy farmer from Wales.

One 100-1 winner is crazy, but another in the space of a week at the same racecourse defies belief.

Still, that is what happened when Ivors Involvement followed in the footsteps of Muroor at Sedgefield. 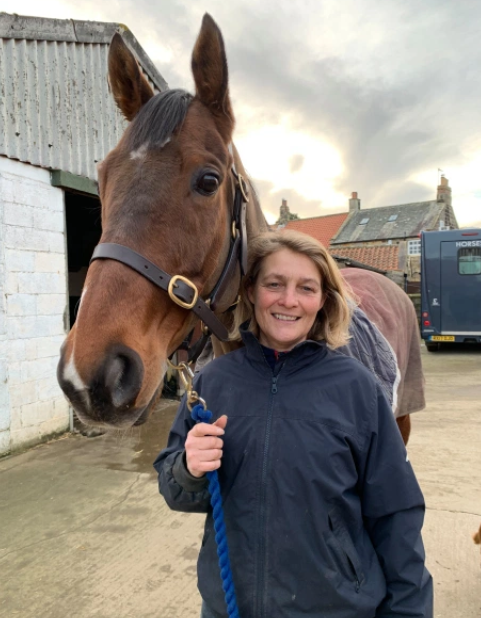 Incredibly, Tina Jackson had a feeling Ivors Involvement, the horse she trains, would pull it off.

And she reckons her partner had £50 each way on the eight-year-old gelding, which would have netted him well over £5,000 in return.

Punters can back a horse during a race these days.

Hitting a huge 999-1 during the race, a total of £289 was matched on the Betfair exchange on Buster Edwards.

It looked like lost money until deep inside the final furlong, when the pre-race favourite came from absolutely miles out to land the spoils.

Jack Tudor was the jockey and he explained the tactics for the David Pipe-trained horse had been planned all along.

He said: "Mr Pipe said not to get there too soon!"

A number of horses have been matched at similar odds but few finishes have been so jaw-dropping.