Wet weather in Sydney on Saturday wasn’t perfect for the Melbourne Stars, but it probably wasn’t a bad result either.

The Stars took one point from their clash with second-placed Sydney Thunder in Blacktown after rain stopped the match 10 overs into the Thunder innings. The home side was 3-92 at the time. 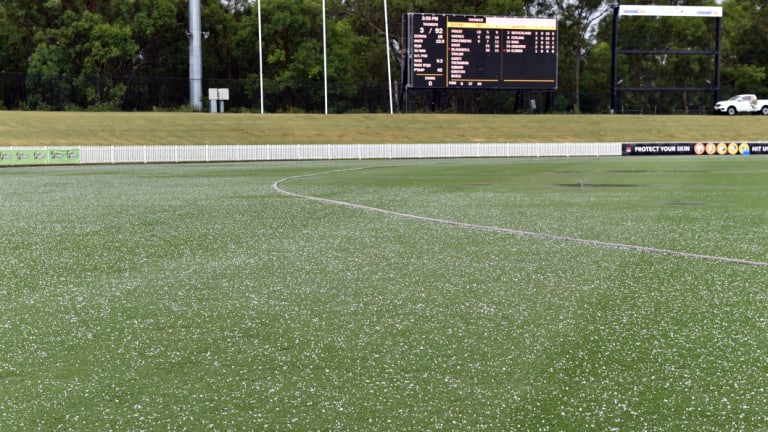 Hailstones litter the field at Blacktown on Saturday.Credit:AAP

The Stars remain just an outside chance of qualifying for the semi-finals, but the “no result” wasn’t a huge setback to their hopes.

That’s because the Stars have comfortably the worst net run rate in the Women’s Big Bash League.

Wins in their last three regular season games would give the Stars’ net run rate a boost, but perhaps not enough to overtake that of the fourth-placed Perth Scorchers, who are three points ahead and entered the weekend as the side most vulnerable to slipping from a semi spot.

Saturday’s washout means net run rate is unlikely to be needed to split the Scorchers and Stars, unless another of the sides' games is called off. 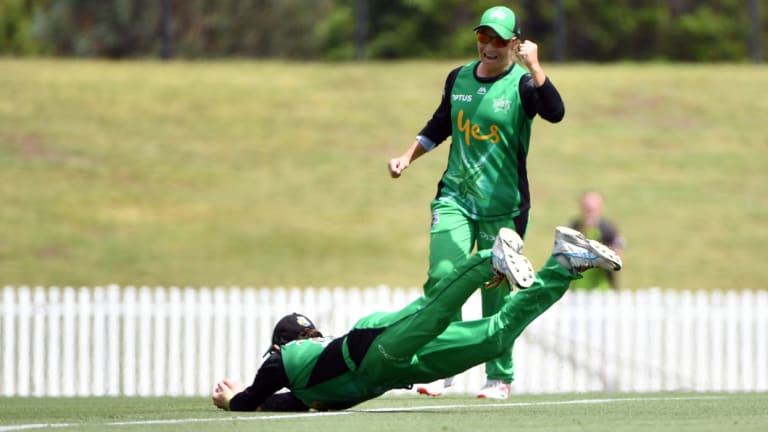 Erin Osborne takes a ripping catch for the Stars.Credit:AAP

However the Stars still have their work cut out to make the finals, starting when they again meet the Thunder in Bankstown on Sunday. Rain is again forecast, however the weather should be clear enough for play.

In the cricket that was played on Saturday, Holly Ferling took 2-25 from three overs to be the best of the Melbourne bowlers. 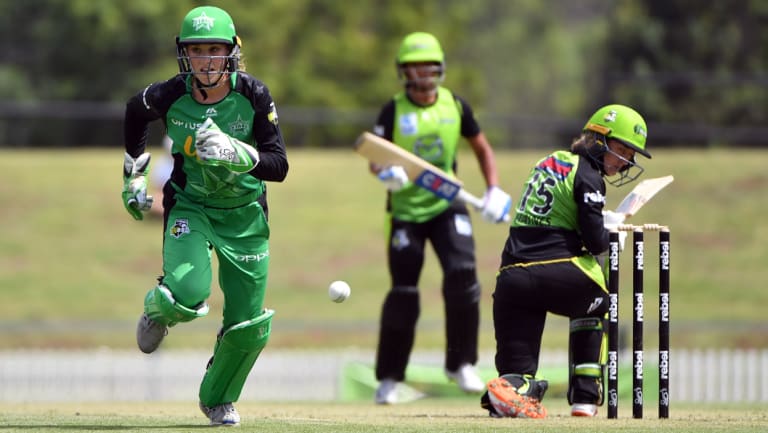 The Renegades have made one change to their 13-player squad for the clash, with the uncapped Zoe Cooke coming in to replace Australian representative tearaway Tayla Vlaeminck, who will miss the remainder of the season with a knee injury.