REECE JAMES' England debut ended in disgrace as he was sent off AFTER the final whistle in the defeat to Denmark.

The Chelsea full-back had put in a commendable display in the 1-0 loss at Wembley. 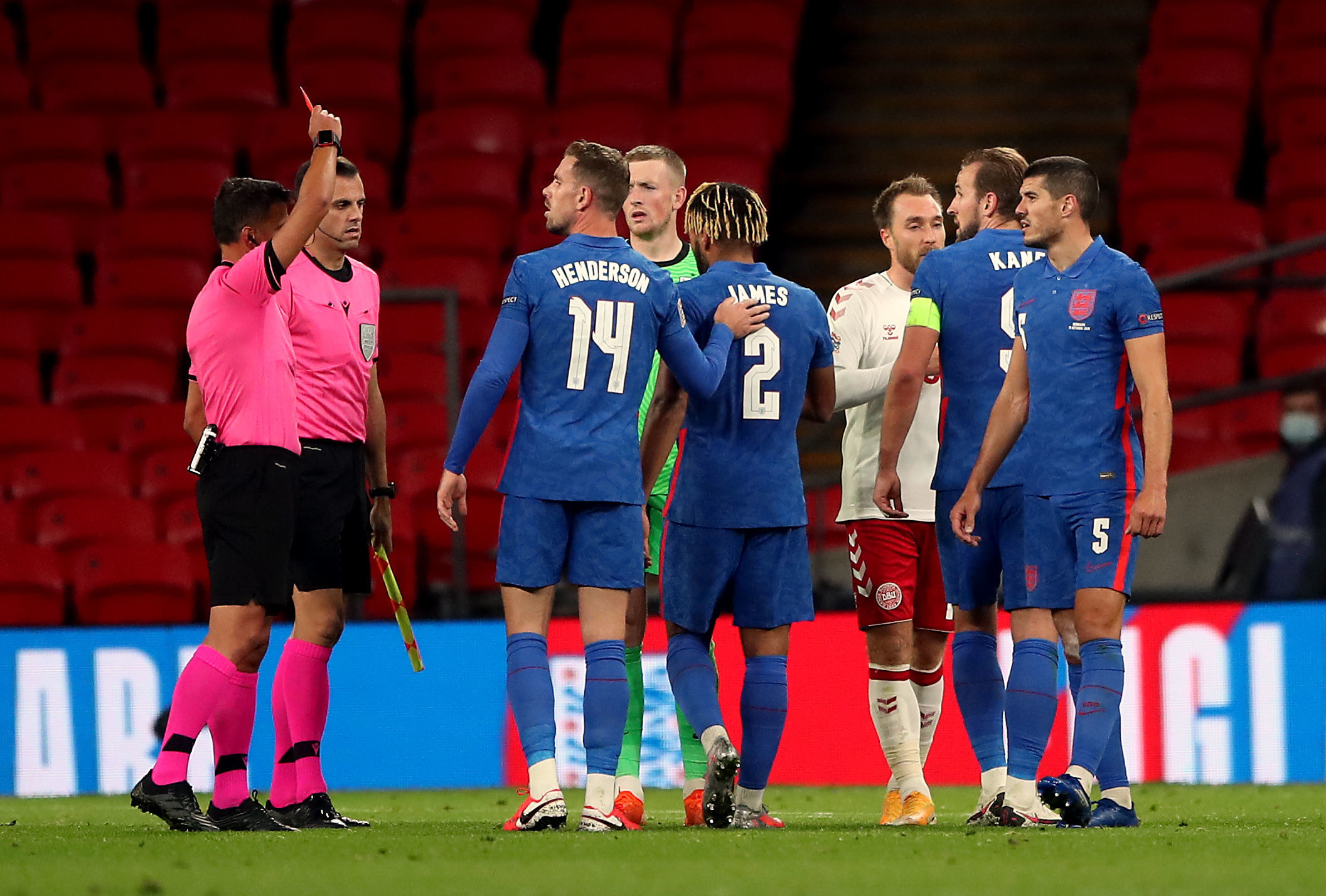 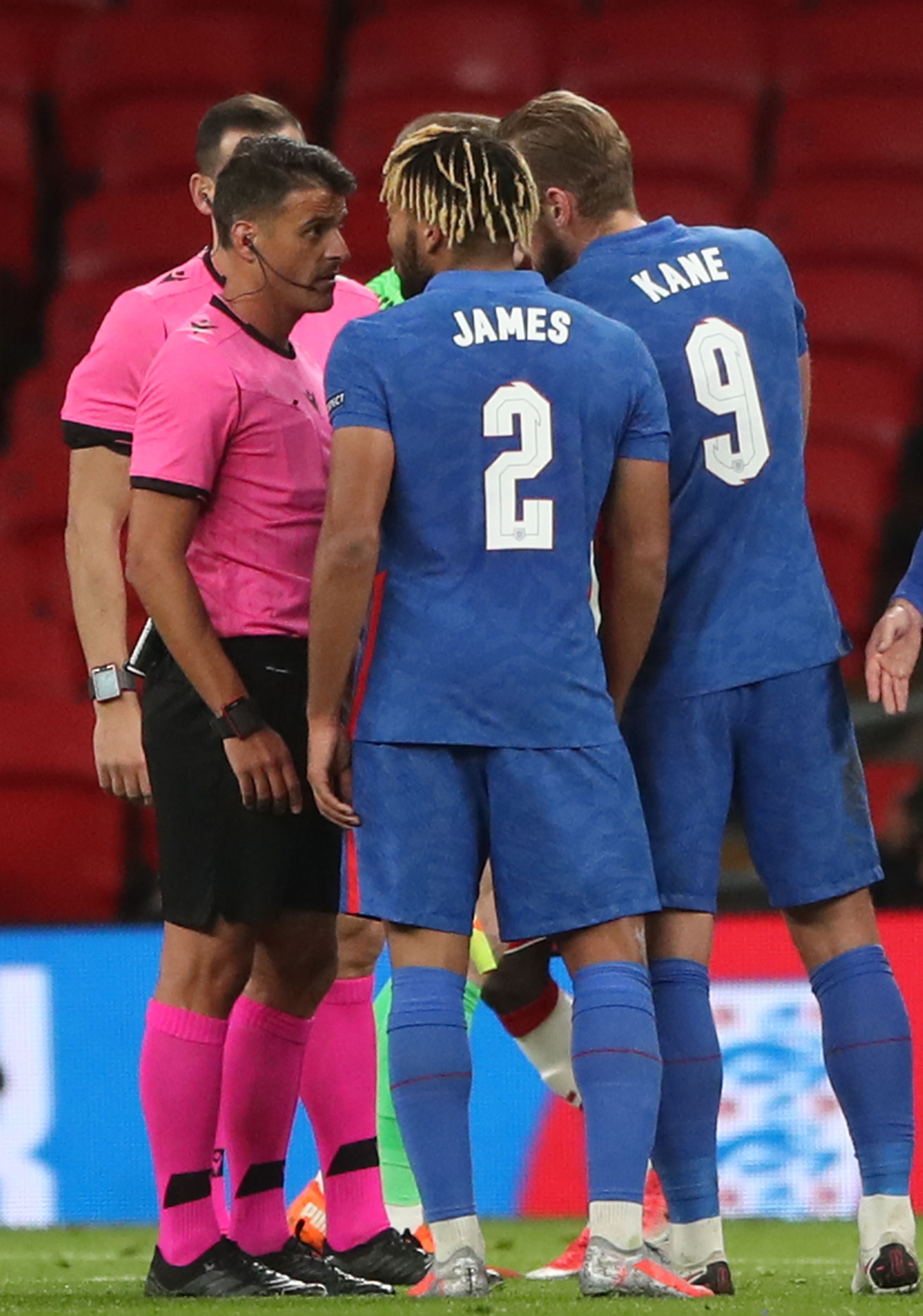 But things soured after a heated confrontation with the referee after the game ended.

James appeared to be right in the face of the official and can't have held back with his critique of the man in the middle's display.

And the new Three Lion became the second of Gareth Southgate's men to receive his marching orders when ref Jesus Gil Manzano brandished a red after full-time.

Harry Maguire had earlier been sent down the tunnel after two yellow cards in 31 minutes.

England took particular issue with the penalty decision that led to Christian Eriksen's spot-kick winner on his 100th appearance.

Time wasting late on also irked a number of the home stars on a frustrating night.

Declan Rice said on Sky Sports: "Some of the decisions were tough to take tonight.

"I don't really know what happened at the end there as I was inside.

"I can't speak for at the end with frustration boiling over. "

Harry Kane added: "I don't think tempers frayed, there were some decisions that didn't quite go our way.