DC’s iconic MMA career came to an end with defeat via unanimous decision in the trilogy fight against his rival. 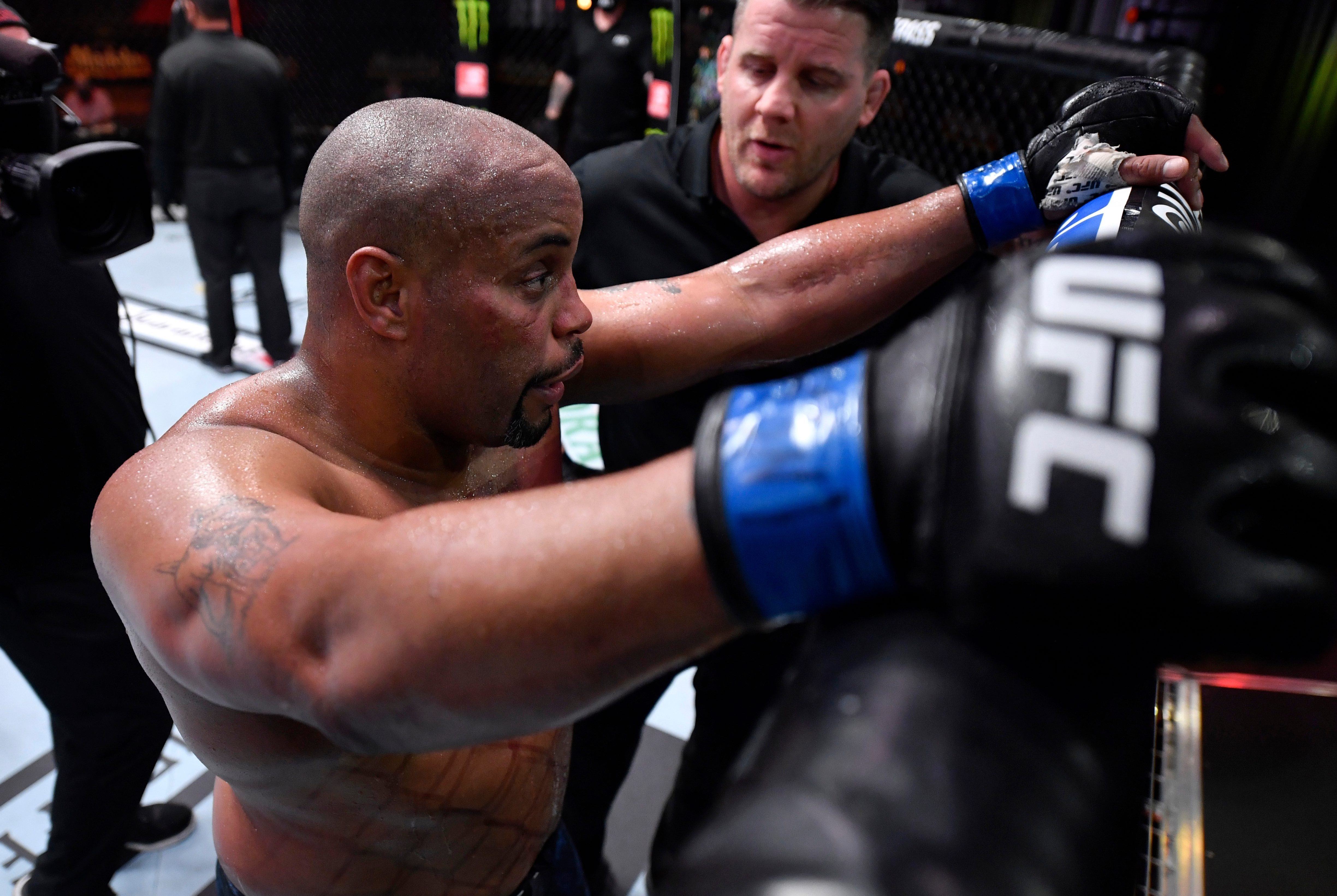 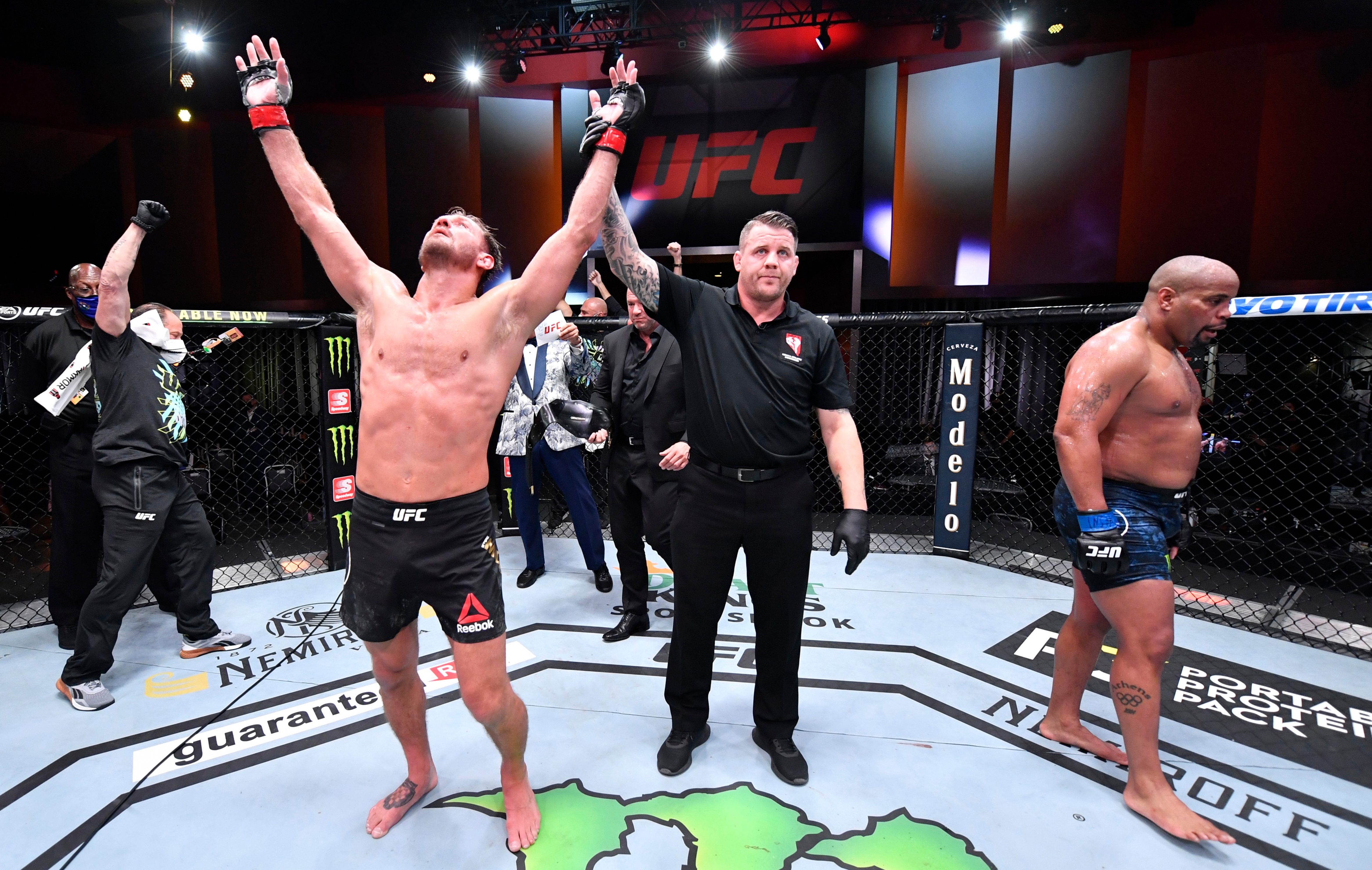 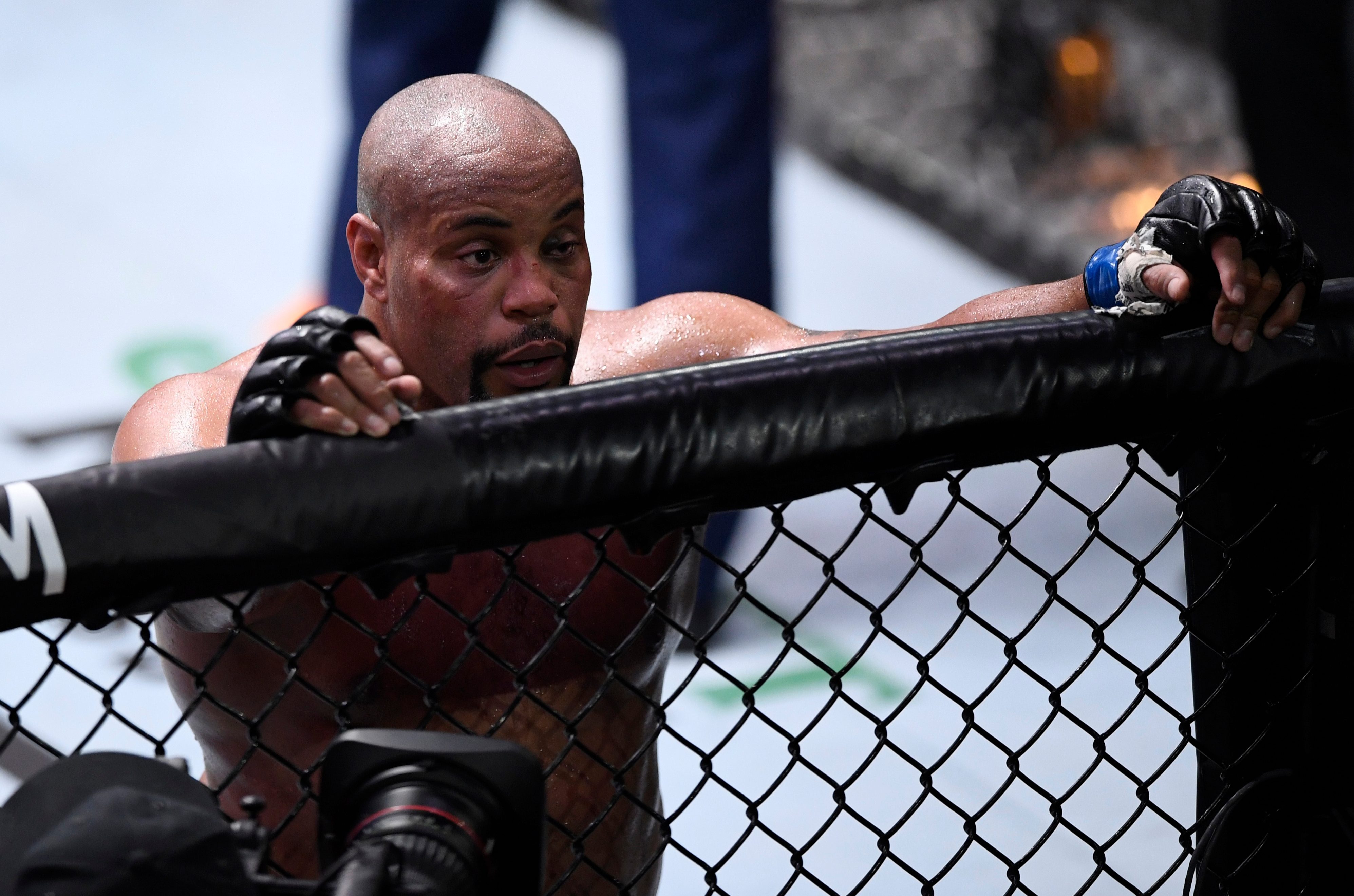 However, it was not without controversy as he was taken to hospital afterwards to get his left eye checked out.

The 41-year-old was left wincing in the third round courtesy of a blatant eye poke from the champion, but the official instructed the pair to continue fighting as he thought it was a punch.

That poke took a huge toll on Cormier as his left eye swelled up and left him unable to see out of it.

Afterwards he said: “I just can’t see out of my left eye, it is what it is.

“It sucks, being on the losing end of two fights in trilogies is a very sad position to be in but I will deal with it as I’ve dealt with it in the past.

“I can’t see anything out of my left eye, it’s black but it is what it is.

“I told Marc but he said he thought it was a punch but after he said he’d seen it on the replay.”

Now Brit Goddard has publicly apologised for missing the incident as he admitted he spoke to DC’s team afterwards to express his regret.

He wrote on Twitter: “I practice what I preach & as a man I stand tall & head on. If you accept plaudits then you must with mistakes too, that’s proof that you are listening, honest & implore improvement. Rough with the smooth, acceptance & ownership.

“Immediately after the fight when seeing the replay I apologised to Daniel Cormier & his team & I do so publicly & unreservedly for missing what I shouldn’t have – but I cannot call what I do not see.

“I don’t have replays & multiple angles, it’s a one shot take in real time. I cannot convey just how much I have both lived and loved this sport for the past 20 years. I truly appreciate all who understand.”