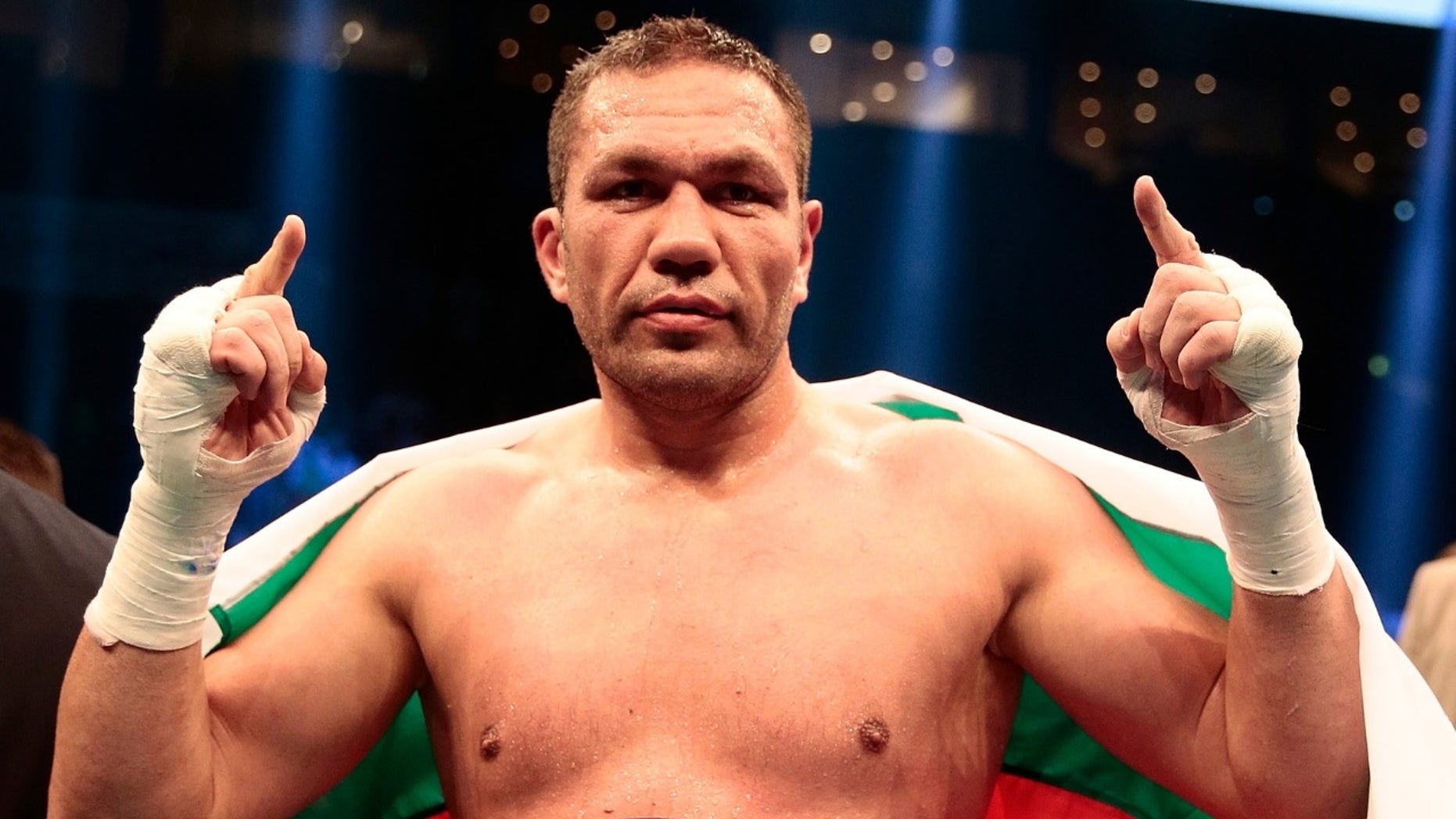 Bulgarian boxer Kubrat Pulev is being slammed after video of him kissing a reporter on the lips during a post-bout interview Saturday night went viral, an eyebrow-raising moment the reporter called "embarrassing" and "strange."

Vegas Sports Daily reporter Jenny SuShe interviewed Pulev after his 27th victory in a fight against Bogdan Dinu in Las Vegas. Sushe was concluding the interview by asking Pulev if he believed he should “have a shot” at fighting British boxer Tyson Fury, when suddenly things went off the rails.

“Yes,” Pulev responded before — seemingly out of the blue — giving SuShe a kiss.

Later, the reporter was asked about the kissing incident on Twitter.

Vegas Sports Daily released a statement regarding the incident, saying the site did not “condone the behavior of Kubrat Pulev.”

“Following the match between Kubrat Pulev and Bodgan Dinu, one of our contributors, Jenny SuShe was the victim of an unwanted, unexpected and unsolicited forceful kiss by Kubrat Pulev as she was attempting to conduct an interview with him following the match,” the statement said. "What happened to Ms. Sushe was completely blindsiding and unwarranted and we share in her shock, hurt, embarrassment and general outrage."

Vegas Sports Daily said it was investigating the incident and added: "We want to make it clear that women should feel safe and comfortable to exercise the duties of their job, free of abuse, advances, harassment, etc in the workplace."

Pulev also responded, tweeting a statement about “the most commented kiss in the world!”

“The reporter, Jenny, is actually a friend of mine, and after the interview, I was so elated, I gave her a kiss,” the statement read. “Later that night, she joined me and my other friends at my post-fight celebration. On the video, after our kiss, we both laughed about it and thanked each other. There really is nothing more to this.”

“If I hadn’t been live on air, I would have punched him,” she told the Huffington Post France.