TYSON FURY has been blasted for wearing a "s**t suit" – by his close pal Ricky Hatton.

The WBC heavyweight champion of the world was the special studio guest for BT Sport's coverage of Daniel Dubois' easy win against Ricardo Snijders on Saturday night. 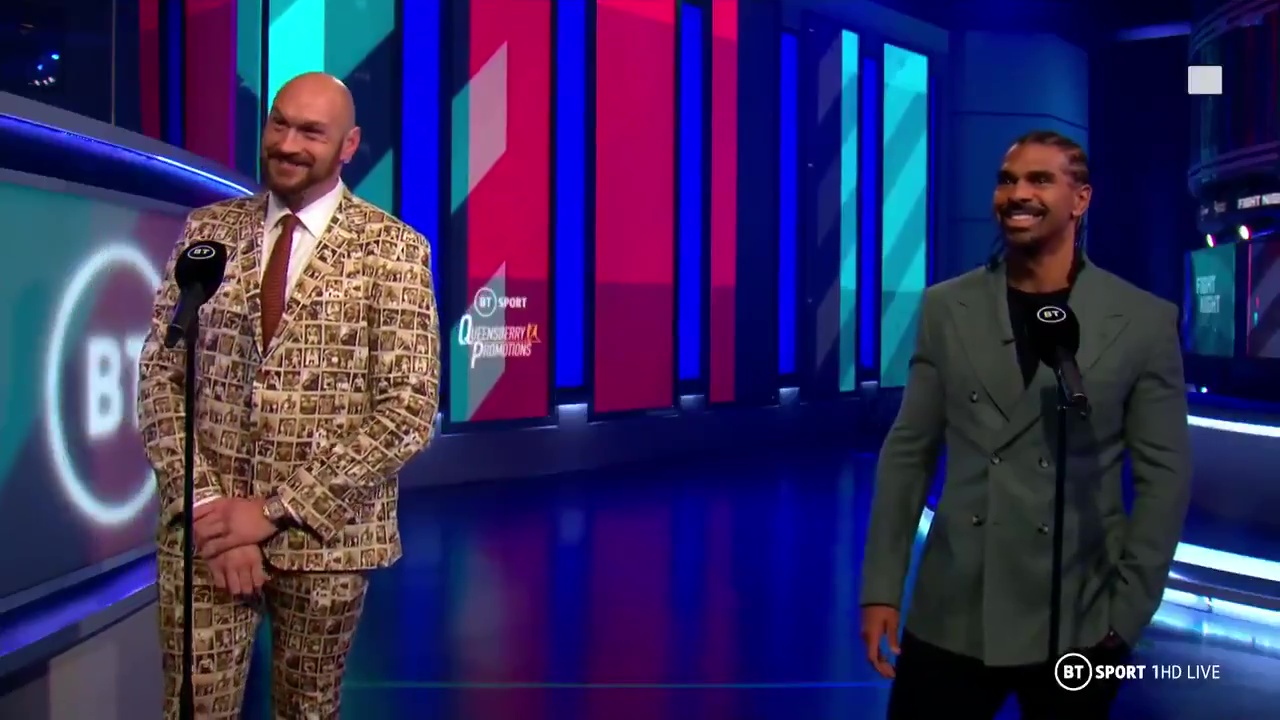 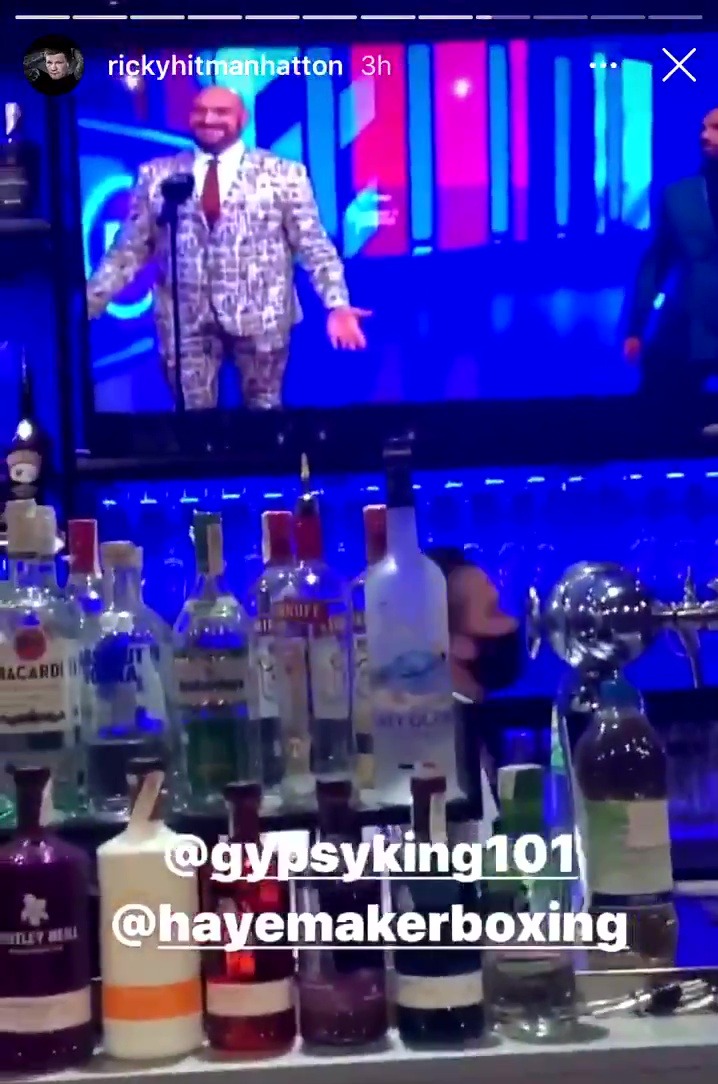 As usual, Fury decided to dress up for the occasion in a particularly dashing suit.

But Hatton, 41, was less-than impressed as he watched the show on a TV in a bar.

The Mancunian uploaded a clip of his night out to his Instagram Stories – and had a pop at Fury's dress sense.

Hatton said: "I tell you what, Tyson what are you doing with that suit on.

"I remember when David Haye used to wear s**t suits but now you've overtook him, you tosser.

Haye was co-presenting the BT show – deciding against wearing a suit this time.

SunSport has previously had a sit-down with Fury's tailor, who has been on the Gypsy King's incredible journey.

From dressing him up as Batman and beating Wladimir Klitchsko to being too fat to wear a suit, London-based Nav Salimian has seen it all.

Fury used his airtime on BT Sport to goad rival Anthony Joshua to sort their fight out. 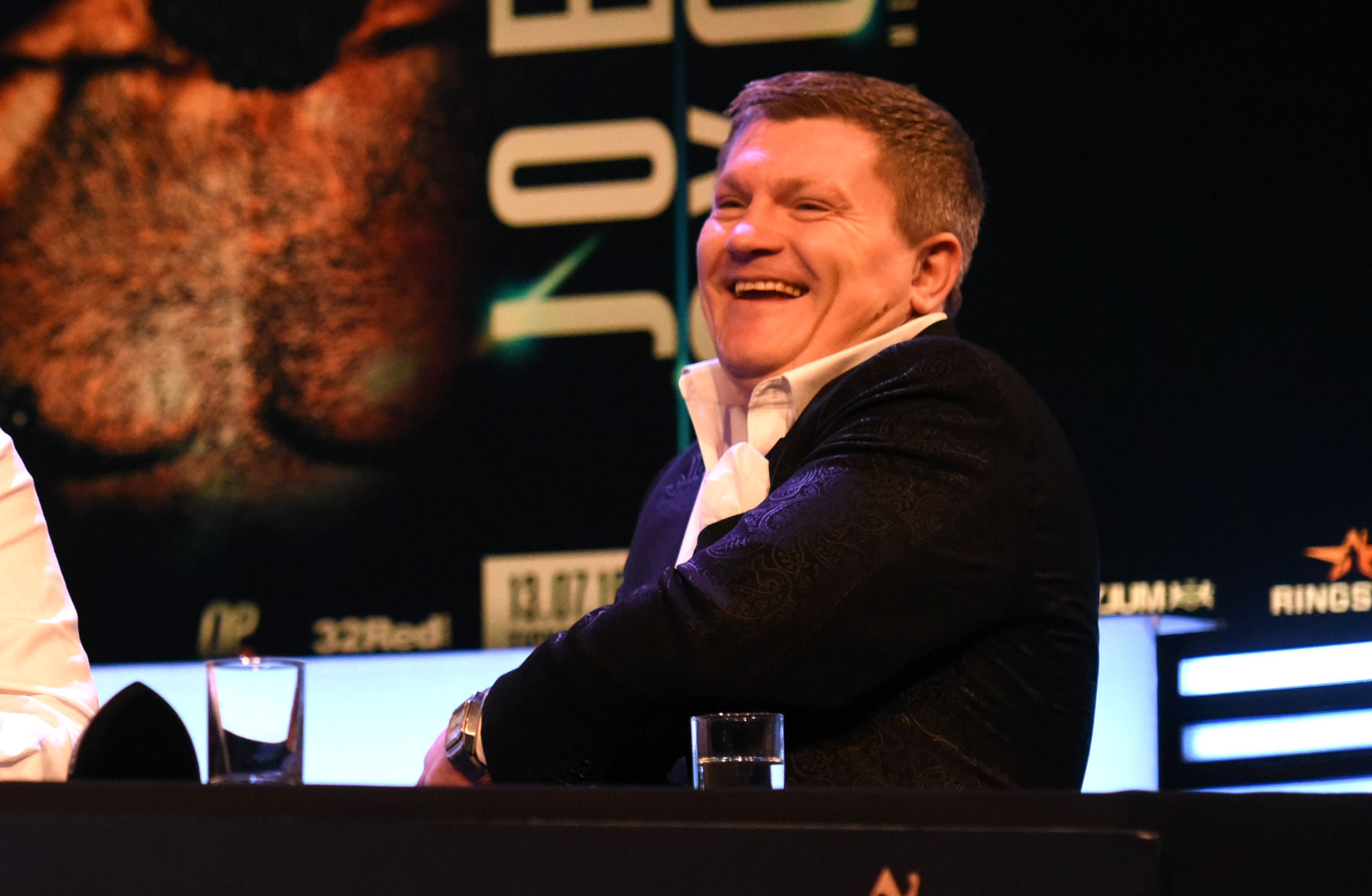 He told AJ to “grow a pair” and set up an all-British world heavyweight unification fight in December if his Deontay Wilder rematch is KO’d.

Boxing fans, both at home and abroad, are eager for Fury and AJ to step in the ring together.

But both men have other commitments first, with Fury in line for a third fight against Deontay Wilder on December 19 and Joshua taking on mandatory IBF challenger Kubrat Pulev.

However, AJ is yet to set a date for his bout after it was postponed due to the coronavirus outbreak.

And Fury’s Wilder rematch is also uncertain due to current quarantine restrictions and spectators unable to attend live boxing events.

Fury said on BT Sport: "If Wilder doesn't happen, let's do Joshua in December. Let's get it on. I'm ready to go now, I'd have fought him in that ring tonight.

“I’d still kick his a***, any time of the day. Hopefully they grow a pair and want to fight the Gypsy King.

“If I was in their position, I'd have had my chance at glory to go to America and fight Wilder.

“But they didn't take it and I had to come out of retirement set about him a couple of times – take the No1 spot, take all the glory.

“He must be sitting down thinking 'that could have been me'. But it wasn't. It's their own fault.

"Grow a pair, come see the champ, and I'll sort you all out. I'm just waiting here patiently.

“No fights on the horizon, training like a lunatic, running up mountains, I've become a human racehorse.

“I’m looking forward to all challenges, whatever they are bring them to the Gypsy King and I'll deal with them, in exciting fashion."