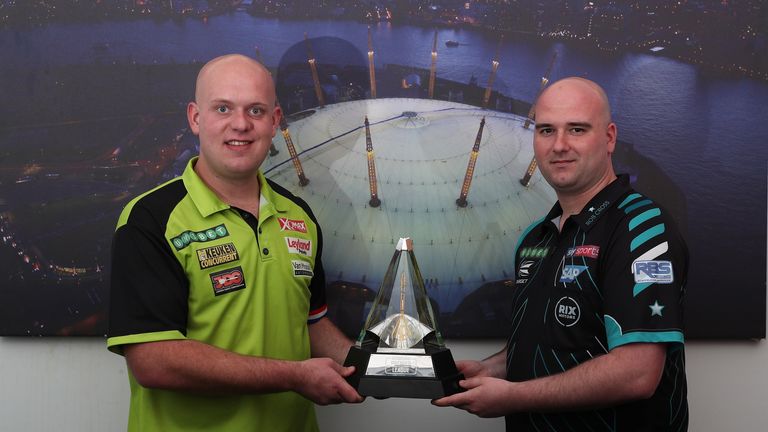 The race for the Premier League Play-Offs reaches its climax in Leeds on Thursday, but while the fight for a top-four place dominates the headlines, Rob Cross and Michael van Gerwen are involved in a fascinating battle for top spot.

Cross currently leads Van Gerwen by one point heading into the final week of action, as ‘Voltage’ bids to become just the third player in Premier League history to top the league phase.

Phil Taylor and Van Gerwen are the only players to have achieved the feat since the tournament’s inception in 2005, although Cross is on the verge of joining that elite group.

Taylor enjoyed eight straight seasons at the summit prior to Van Gerwen’s emergence, but since making his debut in 2013, the Dutchman has enjoyed six successive seasons at the helm.

Nevertheless, his unblemished record is in serious jeopardy this term, as victory over James Wade would ensure Cross clinches top spot and the subsequent £25,000 bonus for topping the table. 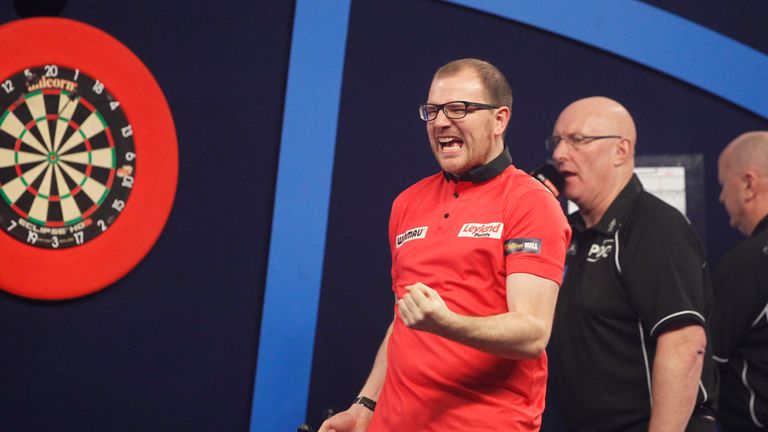 Michael can do all he wants on Thursday, he can win 8-0, but if Rob Cross wins, it’s irrelevant. It’s a nice feeling finishing top but ultimately he’s in the semi-finals and then it’s knockout.

Mark Webster on the battle for top spot

Despite this, speaking on the Darts Show podcast, Sky Sports pundit Mark Webster believes that finishing top will prove immaterial come the Play-Offs.

“Michael can do all he wants on Thursday, he can win 8-0 but if Rob Cross wins, it’s irrelevant,” Webster said.

“It’s a nice feeling finishing top but ultimately he’s in the semi-finals and then it’s knockout.

“You forget league tables and that’s scrapped. Yes, he’ll miss the bonus but I’m sure Michael’s got a few quid lying behind so I’m sure he won’t mind.”

Van Gerwen was highly fancied to top the table for a seventh consecutive season, particularly given the absence of his biggest rival Gary Anderson through injury.

However, if the World No 1 fails to beat Mensur Suljovic at the First Direct Arena, he will register his lowest-ever Premier League points tally.

“I believe in my ability and always believe I will make the Play-Offs, but it would mean a lot if I can finish top too,” said the world champion.

“I know what it takes but I can only blame myself for being in this position because I’ve lost too many points.

“I have to put everything together next week and make sure I’m putting pressure on Rob.”

Cross has performed superbly in just his second Premier League season, with a brace of heavy defeats against ‘Mighty Mike’ the only blot on an otherwise stunning campaign.

The 2018 world champion has matched Van Gerwen blow for blow and although the Dutchman shades the overall tournament averages, the pair have each fired in 10 ton-plus averages across their 15 games. 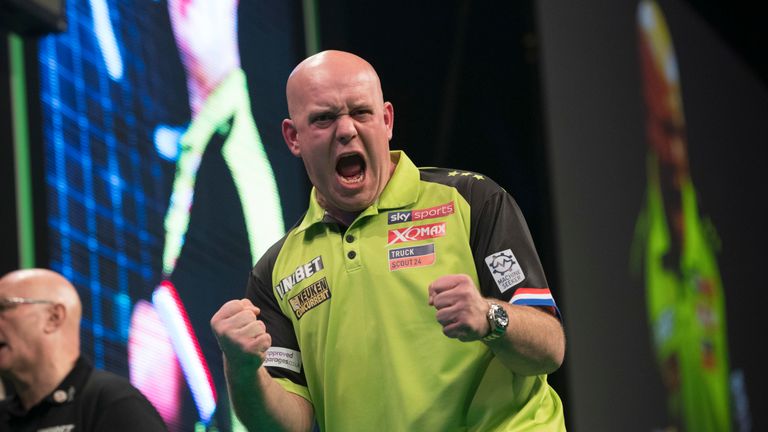 “It feels absolutely brilliant. Getting into the Play-Offs is the aim for everyone at the start of the season so I’m delighted,” Cross said.

“I’m loving it at the moment and it’s nice to win again. I really enjoyed it and I need to focus on myself now and getting ready for the Play-Offs.”

However, Cross’ immediate aim will be to etch his name into the history books alongside Taylor and Van Gerwen.

The likes of Gary Anderson, Raymond van Barneveld and James Wade have all triumphed in the Premier League over the last decade, but they’ve never achieved what Cross is on the cusp of doing.