Altior, Un De Sceaux, Sceau Royal and St Calvados take each other on in the heavyweight clash between the top two-mile chasers. 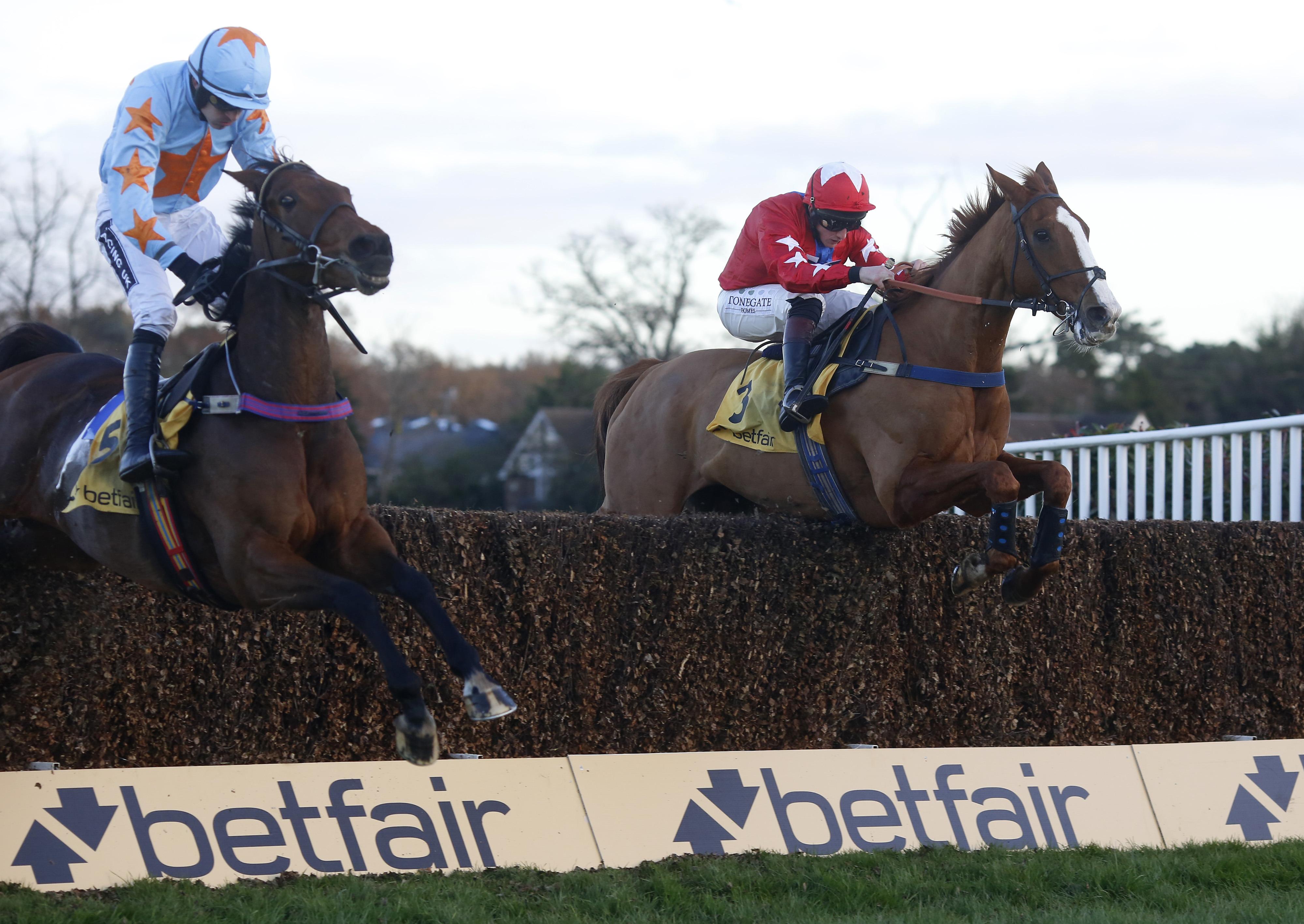 Henderson's stable star is set to make his seasonal reappearance this Saturday, and he may need to be on top form to take this.

The reigning champion chaser returns to the scene of his Celebration Chase win and is without a doubt a worthy favourite, but does face a talented trio of challengers.

The eight-year-old has run over this course and distance three times, winning them all and in some style too.

His jumping is spectacular on his day and he has the engine to match. Nico will be happy to be joining his partner in crime for another task at Sandown.

"Altior is in very good form, and we are looking forward to Saturday,.

"We contemplated running in the Shloer Chase at Cheltenham last month, but we were happy to wait for the Tingle Creek – and he is in good order.

"It is shaping up to be a very good race, but we are delighted with him.

"We are looking forward to the race."

Sole Irish challenger Un De Sceaux has been there, done it and got the t-shirt for good measure.

The admirable 10-year-old has turned up to all the big races over the past couple of years and has never thrown in a bad race.

He showed he wasn't just a bridle horse when battling back in gritty style to take this contest two years ago and now he's back to regain his crown.

Another making his first start of the season, you don't want to underestimate him especially with the ground in his favour.

"Beating Altior at Cheltenham in March is one thing, but beating him in deep ground at Sandown is another.

"If we're ever going to beat Altior, we know the conditions we need. Obviously there's Sceau Royal and Saint Calvados as well – that's what makes it so exciting.

"If you look at the horses who have been second and third to him, a fair few are on the scrapheap.

"Age is but a number, and we're all getting old. He was foaled in May, so technically he's not 11 until May – but it's a bad sign when an owner is dealing in months!

"This race is exciting and good for racing – people don't want to see 1-5 shots in Grade 1s. Because of the fast ground, we seem to have seen the best horses take each other on earlier this season – look at the Betfair Chase and the Fighting Fifth. The Tingle Creek looks another cracker."

Alan King's pocket rocket is another who relishes this track and boasts a course and distance win to his name following his 11-length win in the Henry VII Novices' Chase here 12 months ago.

He returned this season with a promising victory in the Shloer Chase and should improve off the back of that.

While this is his toughest task so far over fences, Sceau Royal is held in high regard and he could have a shout in this.

"I'm delighted with him. He worked on Wednesday morning and schooled on Monday, and we're very happy.

"I'm under no illusions about the task in front of us. It's a huge task, taking on Altior and the others as well – it looks like it's going to be a great race.

"We were thrilled with him at Cheltenham, and obviously that was his first run since January.

He may be the outsider of the quartet, but Saint Calvados could be the one to cause a shock.

Whittington's chaser returned in brilliant form when winning a Grade 3 contest at Naas when hot favourite Footpad fell at the last.

That doesn't tell the full story though as Saint Calvados had his rival well held before the incident.

He won't mind the rain that has fallen and should not be looked over, despite his position in the market as he is improving fast.

"We don't have to make the running and we are very happy with where we are with Saint Calvados.

"Everything has gone according to plan, and it's very exciting to be taking part in a race like this. We're under no illusions how hard it is going to be to beat Altior and the other two, but he deserves his chance.

"There'll be plenty of pace on, with us and Un De Sceaux, and it could come down to who jumps the Railway Fences the best. Our lad is a very slick jumper, and he's still only five.

"The Arkle has been his only blip, and we can put a line through that now after what he did in Ireland. But he's in with the big boys now – arguably one of the greatest we've seen over two miles – so we're just pinching ourselves.

"If he's competitive and comes back in one piece, we'll be happy because it's a tall ask for anyone to beat Altior.

"It looks an outstanding Tingle Creek, and we'll have to improve to be competitive – and even more to win it – but we're excited about being in it."