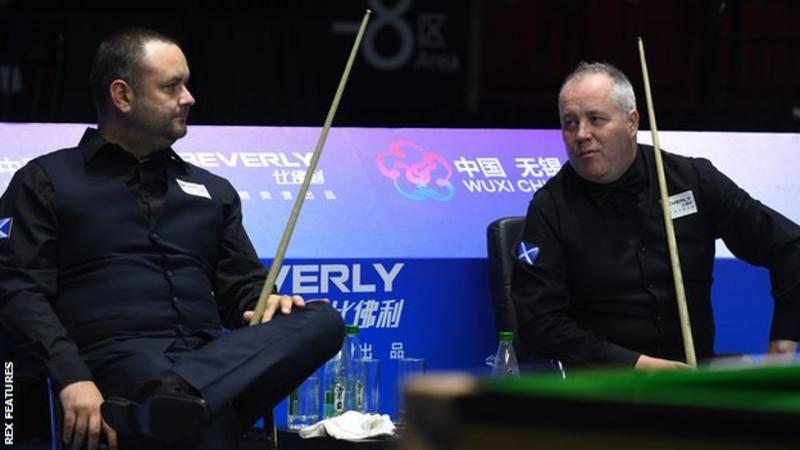 Scotland have beaten China B to win the World Cup, with John Higgins saying it was “a brilliant moment” for himself and team-mate Stephen Maguire.

The 4-0 victory over Liang Wenbo and Zhou Yuelong was revenge for defeat by China B in the final four years ago.

Scotland last won the World Cup in 1996, when Higgins was part of a team with Stephen Hendry and Alan McManus.

“We came so close four years ago, but this more than makes up for it,” Higgins said.

“A brilliant feeling and a great partner. One of my proudest moments in snooker was when I partnered Stephen and Alan all those years ago to win the World Cup.”

Zhou, part of the victorious team four years ago alongside Yan Bingtao, was beaten by Maguire in the opening match in Wuxi.

Higgins’ breaks of 39 and 42 against Liang ensured a 2-0 lead and Maguire’s 45 helped Scotland to a doubles win that took them to within one point of victory.

Maguire secured that – and the title – by defeating Liang but admitted: “I’ve never felt nerves like that in any professional match I have played.

“It is so difficult playing with a partner. You can take it if you miss a ball on your own. It is a weird feeling and it just adds pressure.”