Soccer fans in Seattle have pulled together to support local restaurants impacted by the coronavirus pandemic, donating over $1 million in grants.

The pandemic hit sports teams hard, restricting access for fans so that any ongoing season has felt more like a practice session than a typical game day.

The impact on local restaurants has been more significant: restrictions on indoor dining complicate business as it is, but the lack of fans to attend games has further reduced income on what would be otherwise booming days.

Seattle Sounders FC club majority owner Adrian Hanauer established a fund in April to issue grants to those businesses that would struggle, making an initial investment of $500,000.

Since then, a total of 134 small businesses and 785 individuals have received a combined total of $1,104,340 in relief – money that came with no restrictions or requirements, according to the club's website.

“There were folks that had no other means of getting relief," Maya Mendoza-Exstrom, Sounders senior vice president of legal and external affairs, told the Seattle Times. "You’re talking about shift workers at hotels, janitorial service staff that’s contracted to clean CenturyLink Field, we’re talking about hot dog vendors … we were able to get to a lot of those people that didn’t have other means to get relief in that really critical time.”

The Seattle Sounders FC have continued to sell tickets for next season, but those sales include notes that there may need to be alterations, depending on how things progress over the next year. 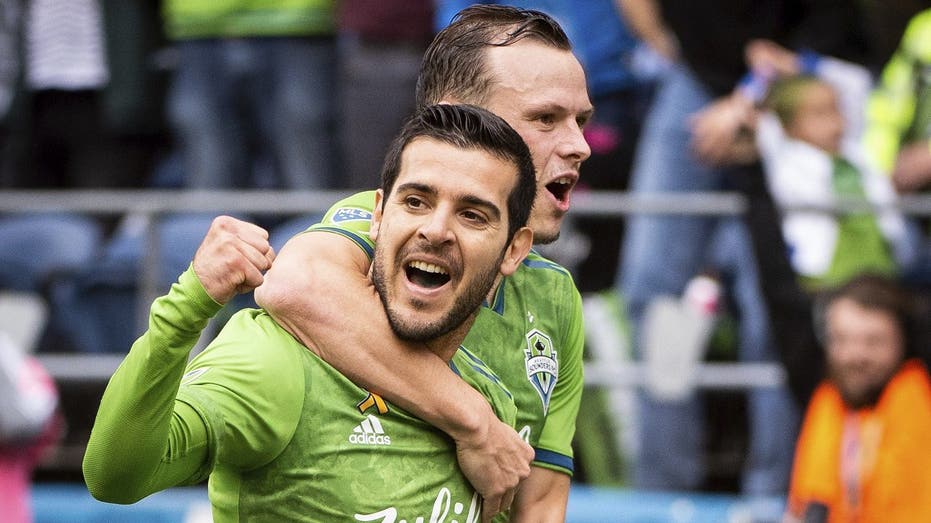 FILE – Seattle Sounders midfielder Victor Rodriguez, left, and defender Brad Smith celebrate after Smith scored a goal against the New York Red Bulls, Sept. 15, 2019, in the second half of an MLS soccer match at CenturyLink Field in Seattle, Wash. (J

Pfizer and Moderna have started to roll out their vaccines across the country, but experts and government leaders disagree on a timeline as to when the general public might expect to start vaccinations.

Front-line workers and vulnerable populations will see priority, leaving others on a timeline to receive vaccinations anywhere from April 2021 to mid-summer later that year, meaning it is unlikely that sports will see the usual crowds until much later.

“The world, other people have bigger problems than the Sounders do,” said Garth Lagerwey, the club’s president of soccer and general manager. “We took some massive financial losses. Unfortunately, I think those losses are going to continue into 2021 and continue to have impacts on us. That will have potential impacts on what we’re able to do on and off the field.”