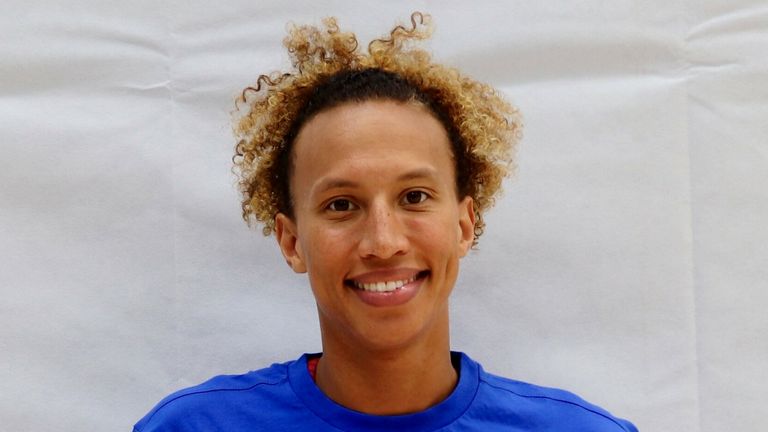 Guthrie, who secured her 100th cap for the Vitality Roses during their recent tour of New Zealand, is the first signing to be announced for Team Bath Netball ahead of the new term.

The seasoned international, who watched from the side of the court last season after taking a break from netball, cannot wait to return to a club which is so important to her.

“I’m Team Bath through and through, this is where I started my journey when I was 13 and first stepped through the double doors of the Sports Training Village,” the international said.

“You come to a point in your career where it’s not just about you anymore, it’s about the journey you have been on and the people you have seen and have influenced you.

“That was quite an inspirational factor in wanting to come back here and be a part of it. It is a great franchise and it can be even better if we keep pushing and striving to be the best we can be.”

“I’m looking forward to coming back into the squad, a revamped competition and getting back on court with my team-mates.”

Prior to the 2020 Vitality Netball Superleague season being cancelled, Team Bath Netball had looked as if they were going to be title contenders; they had enjoyed a strong pre-season and were unbeaten after the opening three rounds.

Head coach Anna Stembridge said the curtailing of the season left a feeling of unfinished business, but a thorough post-season review enabled them to put a full stop next to it.

As you would expect, with a player of Guthrie’s calibre re-signing, Stembridge is looking forward to the coming months and the influence she will have on the side. We are obviously delighted that Serena has returned to the game and to us at Team Bath. You cannot take for granted the impact she has, on and off the court.

“She has a real aura and is both a true leader and a team-first player,” the head coach said.

“Serena is fiercely competitive and contributes so much to the culture of the club with her fun, energy, enthusiasm and determination to get the best out of herself and the people around her.”

Team Bath Netball has also secured a new principle sponsor with Haines Watts joining the franchise for the next three years.

They will play an active part in supporting the elite side of the game, and also support the pathway for young and talented netballers across the region through academy sites.

“We have both staff and clients who are already netball fans and this felt like a way of showing support for them too,” Geoffrey Fairclough said on behalf of Haines Watts.

“We have watched the growth of netball in our region and the strength, determination and professionalism of the women behind Team Bath Netball, who are making this a true South West success story on the national stage. We hope to help them continue to flourish on this journey.”

Keep an eye across SkySports.com/Netball as Team Bath Netball continue to announce the members of their 2021 Vitality Netball Superleague squad over the course of Thursday and Friday.