Disaster has struck the Socceroos on the eve of their Asian Cup defence with Aaron Mooy and Tom Rogic in danger of missing the entire tournament due to injury.

Mooy reportedly tore his medial ligament in Huddersfield Town's 1-0 defeat to Arsenal at the weekend and could be sidelined for four to six weeks, while Celtic ace Rogic is also said to be battling his own knee problems, according to News Corp Australia. 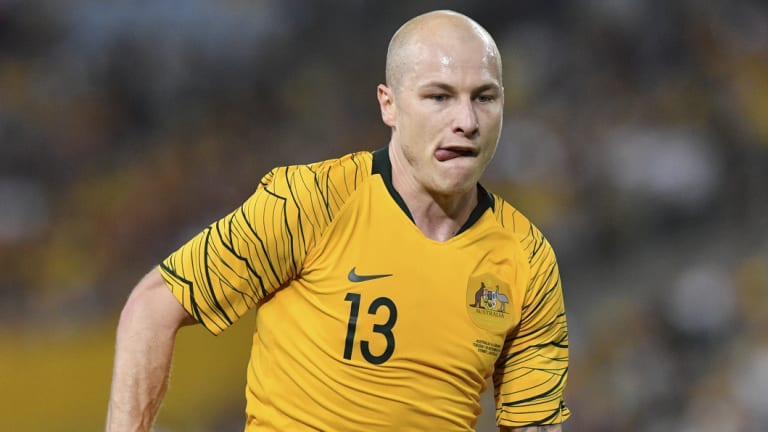 Injury cloud: Aaron Mooy could miss the Asian Cup due to injury.Credit:AAP

Coach Graham Arnold could not have imagined worse news. Mooy and Rogic are not only Australia's best two midfielders but perhaps also the country's two most gifted individual players.

Arnold started them both in last month's friendly with South Korea and there's no doubt they would have been a huge part of his plans next month. He was due to name his squad for the Asian Cup next week.

Mooy could be destined to never play in the tournament. He was one of the last players cut by then-coach Ange Postecoglou ahead of the 2015 Asian Cup, which the Socceroos won on home soil.

Football Federation Australia was unable to confirm the reports on Tuesday, but said the team's senior physiotherapist Phil Coles was in contact with Huddersfield and awaiting further updates.

Questions have long been asked about whether Mooy and Rogic can function in the same starting team. If the diagnosis is grim, the wait for a definitive answer will be even longer. 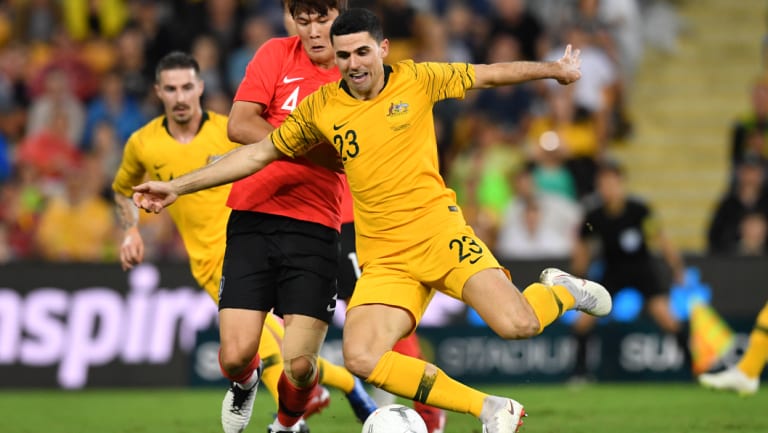 What's more, it would be a real test of the Socceroos' depth in the middle of the park. Beyond Massimo Luongo, there is not a lot there in terms of proven quantities at international level.

Jackson Irvine might do a servicable job, as could James Jeggo, Mustafa Amini and perhaps Mark Milligan, the new skipper who played all three World Cup matches in Russia at centre-back.

Arnold will most likely have to look to the A-League to replenish his midfield stocks and there are three obvious options: Terry Antonis, James Troisi and Dimi Petratos.

Antonis has taken his game to another level this season at Melbourne Victory, where he has been a dynamic playmaking foil for the club's two high-profile signings in Keisuke Honda and Ola Toivonen. He hasn't represented the Socceroos since he was part of a second-string squad for the preliminary rounds of the East Asian Cup in 2012.

Troisi, another Victory player, has been terrific in patches and has been there and done that for the national team.

Petratos, meanwhile, has not been setting the world on fire for the Newcastle Jets but, like Troisi, at least knows the ropes. He was part of Bert van Marwijk's World Cup squad, even though he didn't feature, and was also called up by Arnold for his recent camps and friendlies.