Former player Russel Arnold has claimed Sri Lanka's Test players may not be able to trust each other in their upcoming series against Australia due to a cricket corruption scandal gripping their country.

Arnold conceded an ICC Anti-Corruption Unit (ACU) investigation launched in Sri Lanka would be a distraction and may lead to players questioning one another's motives and even game plans in Australia. 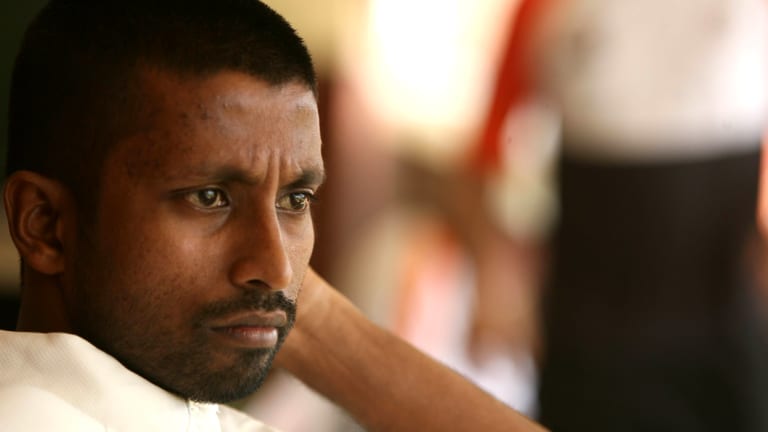 Russel Arnold says the Sri Lankan team will struggle to cope with the corruption scandal.Credit:Jacky Ghossein

While Australia may appear vulnerable before the two-Test series gets underway in Brisbane on Thursday as they rebuild from the sandpaper controversy fallout, Arnold said Sri Lanka had their own problems.

The ACU launched the probe in the wake of a series of corruption cases involving former Sri Lanka internationals and administrators.

Sri Lankan cricketers have been granted a 15-day amnesty and have until the end of the month to report previously undisclosed information.

"I would be surprised if none of this is in the back of their mind," said Arnold, who played the last of his 44 Tests for Sri Lanka in 2004.

"Trust does take a beating. You tend to wonder what the hell is going on."

The ICC said players can be suspended for up to five years for failing to pass on information but anything reported during the January 16-31 amnesty would not attract a charge.

Asked if Sri Lanka's players could block out the controversy while in Australia, Arnold said: "It is easy to say but I doubt it happening because anything around [the team] will certainly worry players.

"They are all human. Even we [outside the team] are feeling a little nervy about what we are hearing."

The ACU probe has been bubbling since late 2017 when 40 cricketers – including national captain Dinesh Chandimal – petitioned Sri Lanka Cricket to investigate allegations made by ex-player and selector Pramodya Wickramasinghe.

Former captain and selector Sanath Jayasuriya was charged in October by the ICC for refusing to co-operate with the ACU but denied any wrongdoing.

And ex-paceman and bowling coach Nuwan Zoysa was provisionally suspended by SLC over match-fixing accusations.