From tying his team-mates' laces during a game to falling over while trying to celebrate, he always manages to steal the show. 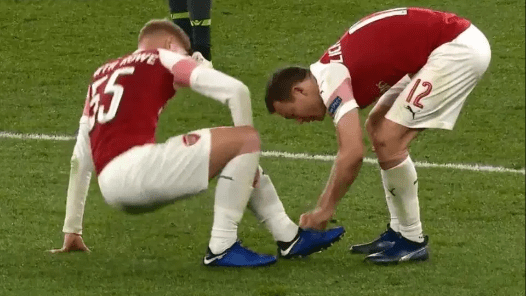 The Swiss defender became Unai Emery's first signing when he arrived on a free transfer from Juventus in June.

He has failed to cement his spot in the starting XI, but he has proved on many occasions that he will go above and beyond to help his team.

Earlier this month, Lichtsteiner was spotted offering drinks to his team-mates as he sat on the sidelines.

And the unused substitute kindly handed Pierre-Emerick Aubameyang a coat when he was hauled off the pitch. 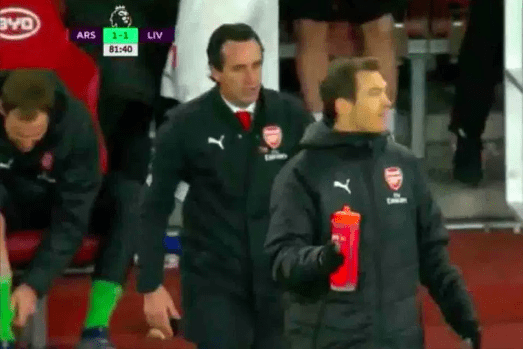 Just days later, he wowed fans when he bent down on the pitch to tie the shoelaces of one of Arsenal's youngsters.

Most players would have jogged straight past, but the 34-year-old immediately leaned over to help out Emile Smith Rowe, 18.

But the Swiss star is not always "Mr Nice Guy" – as he proved during Sunday's explosive North London derby.

And yet again he managed to work his way further into Arsenal's good books despite not playing a single minute. 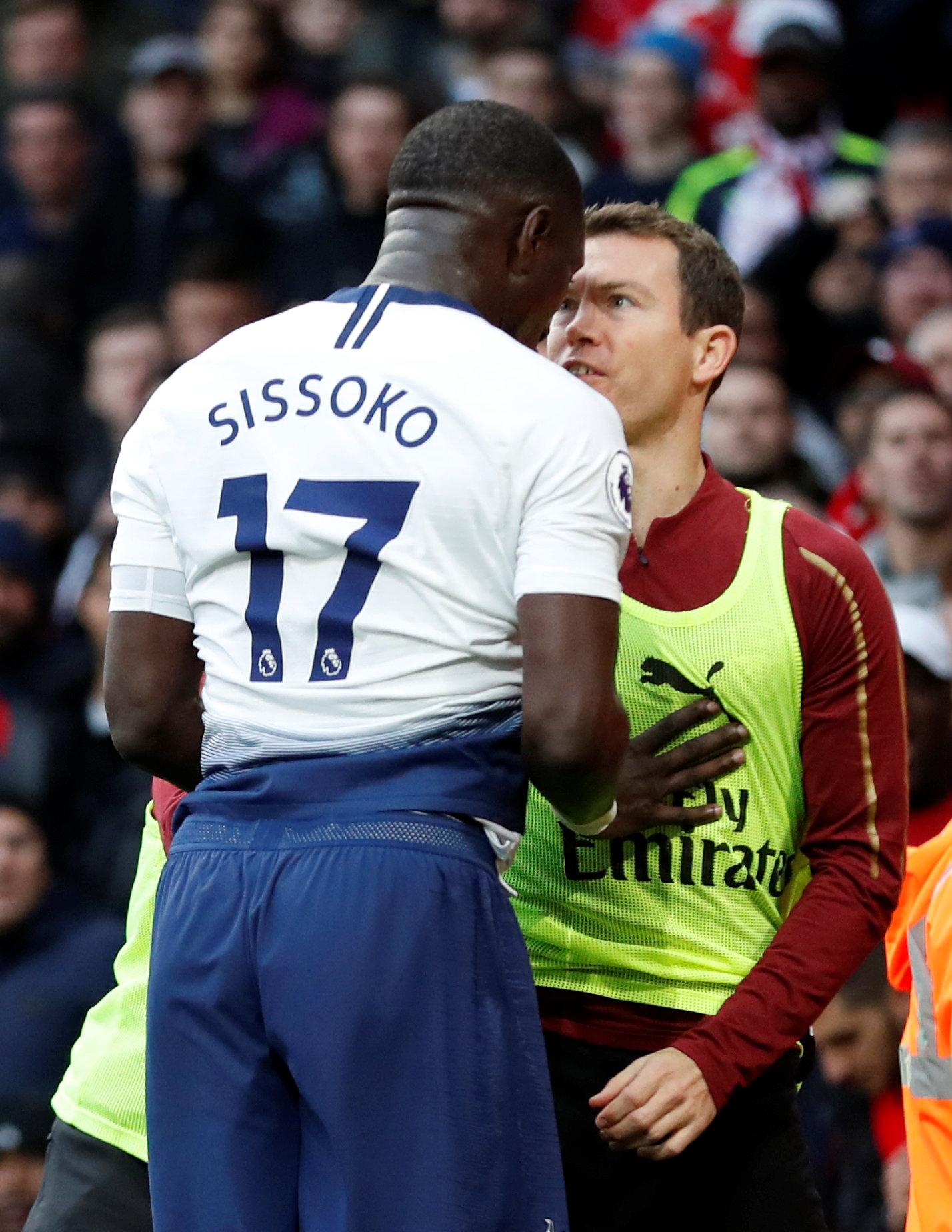 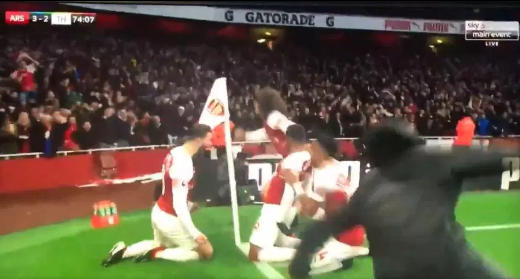 Eric Dier taunted Arsenal fans after his equaliser and chaos erupted on the sidelines between the two clubs.

Lichtsteiner leaped straight into the middle of the scuffle and went head-to-head with Moussa Sissoko to defend his team-mates.

And he sent social media into meltdown with his hilarious celebration after Alexandre Lacazette fired his team into a 3-2 lead.

The defender ended up on the floor after he attempted to do a knee slide alongside his team-mates.

But the Swiss star raised concerns when he was spotted looking sad in the team photo after the Sunday's victory.