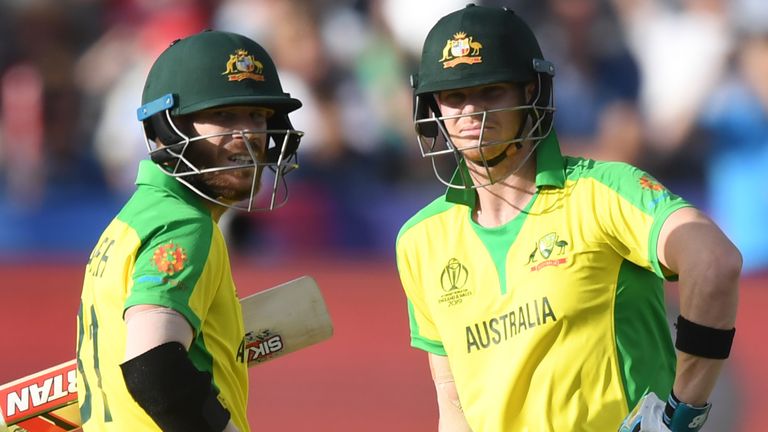 Australia’s Steve Smith and David Warner will return to South Africa on Friday two years after the ball-tampering scandal which rocked cricket.

The pair, who served 12-month bans for their parts in the affair, are part of the Australia squad that is due to contest three T20s and three ODIs against the Proteas.

Smith and Warner received a hostile reception from some England supporters during last summer’s World Cup and Ashes – a series in which Warner averaged just 9.50 in 10 innings and Smith was forced to retire with concussion after being hit on the helmet by paceman Jofra Archer.

Team-mate Josh Hazlewood said that neither player will be fazed one bit should they receive similar treatment from crowds in South Africa.

“Steve and Dave have ticked off pretty much every box since coming back,” said the seamer.

“It’s just another one of those and I don’t think it’ll faze them one bit. They probably play better when it’s like this. It’s nothing we haven’t experienced before … we’ll be fine.

“They’ll probably try to take as much heat as they can actually, try to keep the young guys out of the spotlight.”

Smith returned to Australia’s ranks for the final Test of the Ashes as Tim Paine’s side retained the urn, while earlier this week Warner received the Allan Border Medal – awarded to Australia’s top cricketer in 2019.