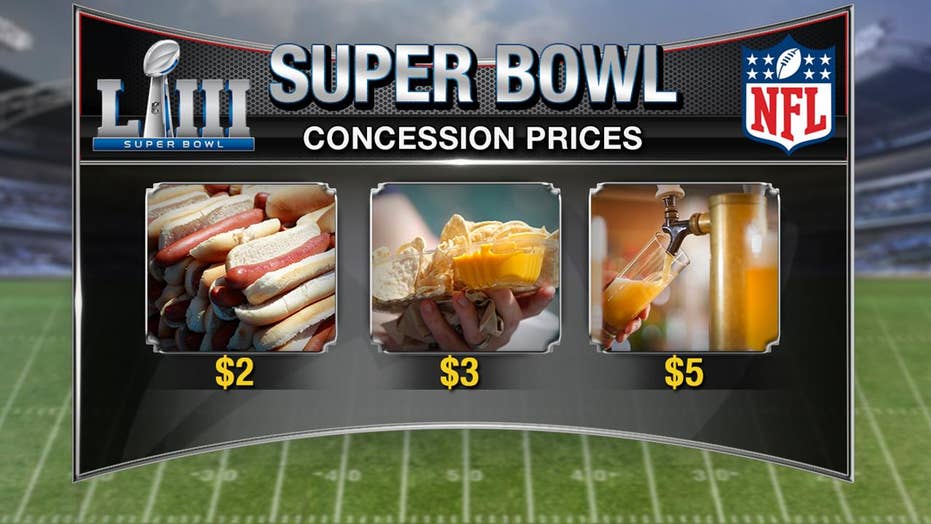 Why concessions at Super Bowl LIII are so cheap

ATLANTA — Fans may have to shell out thousands of dollars to gain entry to Sunday’s Super Bowl game between the Los Angeles Rams and New England Patriots, but their wallets will find relief once inside.

The notorious $30 collector’s soda and $4 cheese stick from last year’s Super Bowl are nowhere in sight at Mercedes Benz Stadium.

SUPER BOWL UNDERDOGS HAVE RECENT HISTORY OF VICTORIES ON THEIR SIDE

“Really, the most important message behind that is to show deep appreciation for the fans,” said Arthur Blank, the owner of Atlanta’s professional soccer and football teams, as well as the company that operates Mercedes Benz Stadium (AMB Group).

The outlandishly cheap food items are part of Blank’s “fan-first pricing,” designed to feed a family of four for under $30. 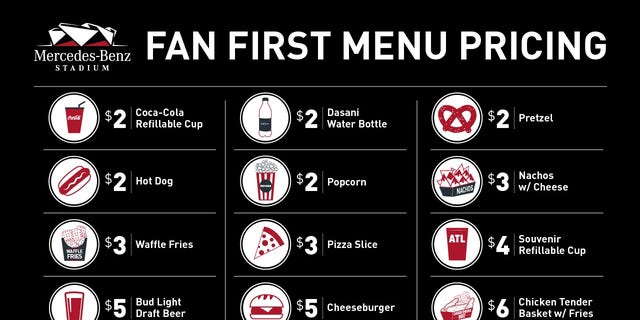 The affordable pricing menu can feed a family of four for under $30.
(Mercedes Benz Stadium)

The business model was implemented with the opening of Mercedes Benz Stadium in 2017 – slashing prices by 50 percent.

Since then, the Atlanta Falcons shot from 18 to No. 1 in the NFL’s Voice of the Fan Survey for food and beverage categories, according to stadium officials.

“Usually, if you’re going into places like that, you’re expecting high prices for food,” said Jerel Jackson, a junior at Georgia State University. “But I was like, ‘Wow, this is affordable!’”

“I felt like I could eat all day,” exclaimed local Steven Camara. “It was almost like an all-you-can-eat buffet because of the price of the food.”

So, why are the prices so low?

Instead of a third-party food partner paying AMB Group a fixed fee to gain control of concessions, Blank’s organization now pays its food provider, LEVY, that fee. This gives AMB Group complete control of pricing, according to CEO Steve Cannon, which is what prevents exorbitant costs.

Cannon said he understands attending a professional game is “a heavy lift for a lot of families” – commuting to downtown, paying for parking, buying a ticket. “Once they’ve paid all of that to get into the stadium, and then to overcharge them for food and beverage, doesn’t make a whole lot of sense.”

But even a 53 percent increase in food sales hasn’t been enough to offset the cut in prices, according to Cannon. “We’re not getting rich off of food and beverage,” he candidly told Fox.

But it’s a strategic sacrifice for the stadium’s managing company.

Dr. Tim Kellison, a researcher at Georgia State University who specializes in politics and public stadium financing, said these cost cuts have a rippling effect – increasing attendance, bringing guests into the stadium earlier, and boosting food and merchandise sales.

In 2018, Mercedes Benz stadium hosted the most attended single-match game in Major League Soccer history. More than 6,000 Falcons fans (per game) entered the stadium as much as an hour earlier compared to the Georgia Dome, according to data from AMB Group. Cannon said merchandise sales also increased by 88 percent with the implementation of the fan-first food pricing.

He called the system a “better mousetrap.” 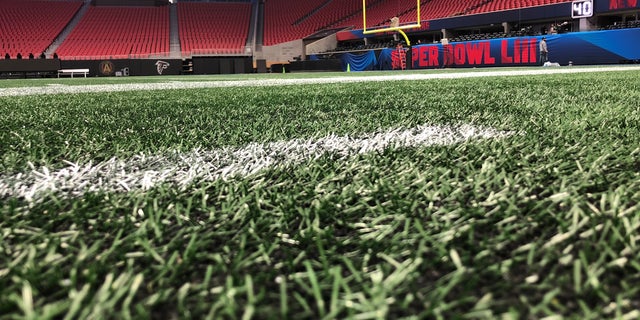 Cannon acknowledged it is getting more difficult to lure fans into the stadium because they’re competing with cheaper, more convenient options to watch games.

“We’ve got to be pretty restless because if people get too comfortable staying in their living rooms, watching their flat screen TV, that’s going to be a long-term problem for the business,” he added.

This is why the fan experience is so valuable, according to Kellison. “Fan happiness is something that really has to be taken seriously, particularly in the lean years, when a team isn’t doing as well on the field,” Kellison said.

Dozens of team owners and venues have inquired about Mercedes Benz Stadium’s pricing strategy, according to AMB Group, some even implementing smaller-scaled versions. Cannon pointed to the Baltimore Ravens and the Detroit Lions.

And with the affordable pricing model now at center stage, Kellison said fans will begin prodding for similar cost cuts in their home cities.

“As the Falcons’ model catches more fire, I think you’ll see more teams that are going to have more difficulty ignoring this,” Kellison said.