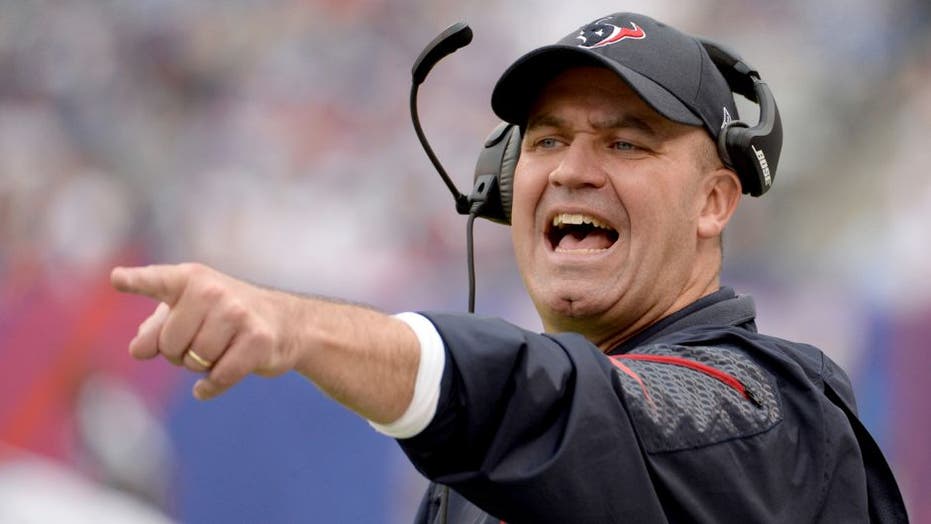 The Houston Texans on Monday fired Bill O’Brien after the team started the 2020 season with four straight losses.

O’Brien was the team’s head coach and general manager.

LIONS WERE ONCE AGAIN ON THE WRONG SIDE OF HISTORY AFTER LOSS VS. SAINTS

Romeo Crennel will serve as the interim head coach.

While O’Brien has had the most success any Texans coach has had, his decision making since being named the general manager was head-scratching at best.

In an apparent effort to win now during the 2019 season, the team traded several draft picks to acquire players like Duke Johnson, Keion Crossen, Laremy Tunsil and Kenny Stills. The team traded Jadeveon Clowney to the Seattle Seahawks after failing to sign him to a long-term contract extension.

The 2020 offseason was also confusing.

The Texans traded DeAndre Hopkins to the Arizona Cardinals for David Johnson, which received a ton of criticism and effectively took away a top target of Deshaun Watson right as things were beginning to turn the corner for the offense.

Houston then signed Watson to a lucrative four-year extension worth $156 million.

With all of that, Houston managed to lose its first four games of the season.

O’Brien had said earlier Monday that whatever move the ownership made next was out of his control.

“All I can control is what I can control, and I’ve got to do a better job with the team,” he said. “That’s obvious, and we’re going to work hard to do that. Relative to things that I talk about with the team, I just try to keep that between me and the team as best as I can.”