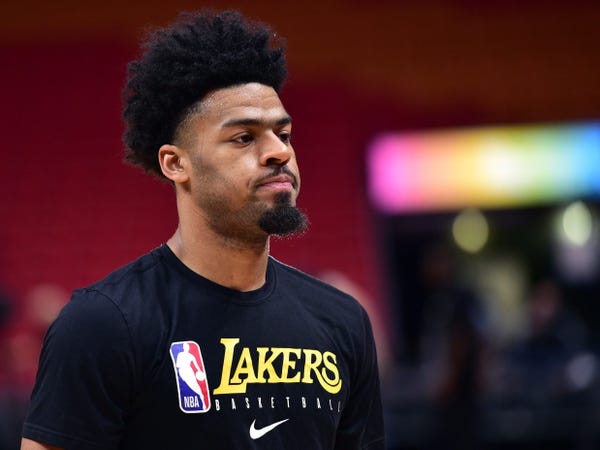 After winning the 2020 NBA Finals with a 106-93 Game 6 victory over the Miami Heat, the Los Angeles Lakers point guard was at the center of celebrations with his teammates at the ESPN Wide World Of Sports Complex in Lake Buena Vista, Florida.

But before he could realize what happened, the 27-year-old literally missed the bus home.

JR Smith — who signed with the Lakers before the NBA's bubble return — had gone live on Instagram from the team bus when Cook began commenting that they had left him behind.

Whether or not multiple buses were leaving the arena or Cook truly missed his one ride remains unclear. But if he did need to find a way back to his temporary home inside the NBA's bubble at Walt Disney World in Orlando, Florida, at least he had an extra ring to use as a bargaining chip.