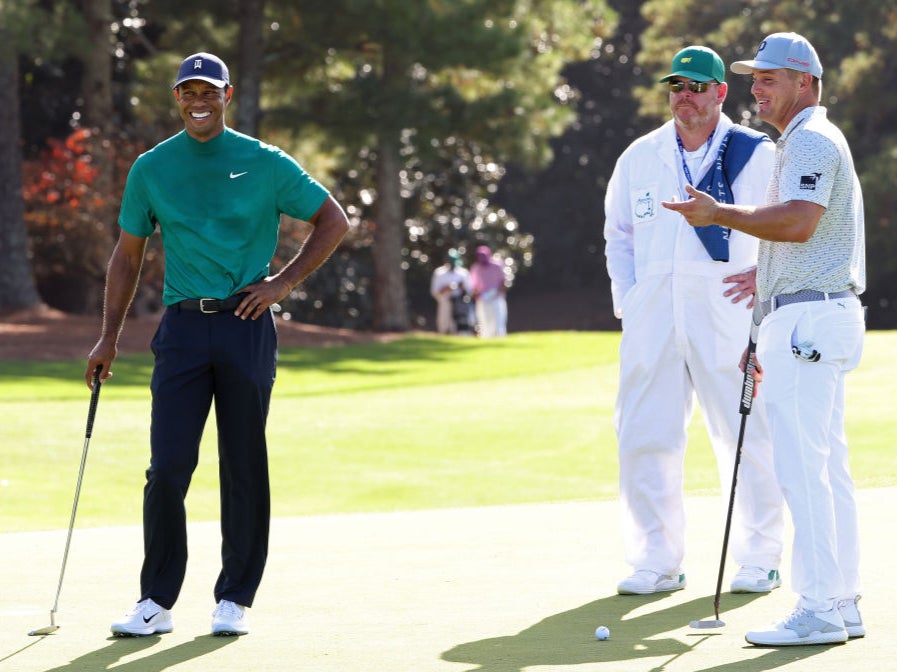 “We were just coming out of basically the persimmon days and coming into metal. More guys were switching over to graphite instead of steel.

“The wound ball was very spinny, and heads were very small, so it was important to hit the ball in the middle of the face.

“Well, I happened to have speed and I happened to hit the ball in the middle of the face and was able to have a little bit of an advantage over the guys.

“You know, I had speed, and as you say, in ’97, I hit it far. As I got bigger and I filled out and tried to get stronger, it was not to hit the ball further. It was to be more consistent and to be able to practice longer. Actually I got a little bit shorter as I got into my mid 20s and late 20s.

“Probably the most speed I ever had, I was 20 years old. So 21, I still had a little bit more speed, but as I got a little bit bigger, I didn’t hit it as far, but I got better.

“What Bryson has done has been absolutely incredible and we have all been amazed at what he’s been able to do in such a short span of time, it’s never been done before.”