WWE banned its stars from using the buckle bomb in May after Nia Jax botched the move in a match against Kairi Sane on Raw.

Any wrestler using it in any match going forward for Vince McMahon's company will be severely reprimanded. 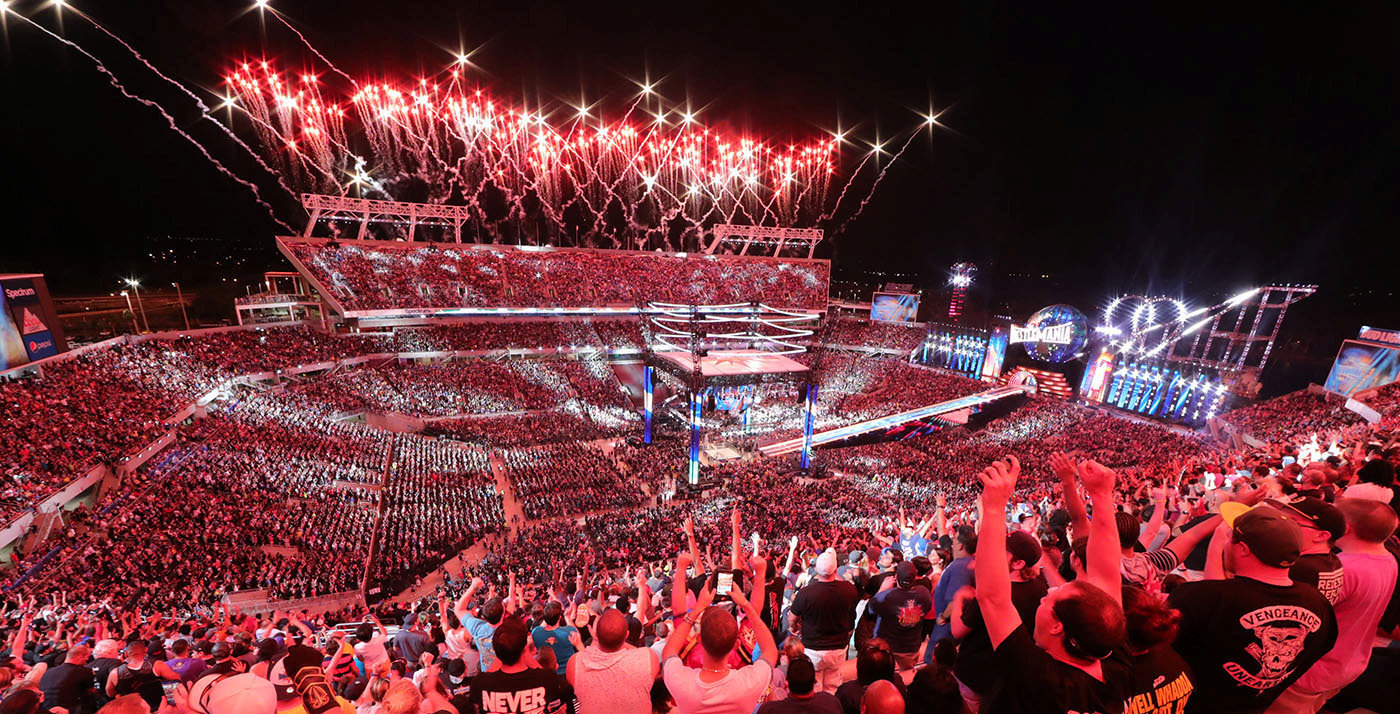 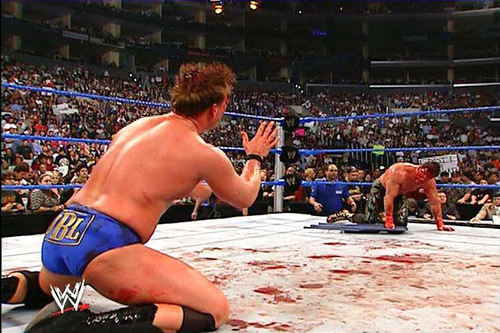 The latest ruling joins a long list of rules – some of those unwritten – that WWE stars will have to follow to avoid being punished.

Once a common practice in WWE, blading – the act of purposely cutting your own forehead with a small concealed razor to add blood – is now banned.

McMahon made the decision to outlaw the old school style when the company went PG-rated on TV in 2008.

And he was furious when just a few months later, Batista ignored instructions and drew blood during a match with Chris Jericho.

Following an 18-second, expletive-riddled phone call, McMahon met with the pair and dished out an £80,000 fine for the Animal, as well as £4,000 charge for Y2J.

Speaking on the Chris Jericho podcast, Batista said: "I knew we weren't supposed to do it… I didn't think the consequences would be so severe.

"I literally think that he sucked the life out of me that day. I think that's the day that I knew things were never going to be the same."

Mind you, that amount is pretty small compared to what Brock Lesnar makes a year.

CHAIR SHOTS TO THE HEAD

As with blading, chair shots to the head are another dated WWE act that has since been outlawed by the company, but this time, it is down to concussion protocols rather than public image.

Yet despite its ban, Randy Orton and Daniel Bryan were punished for using the spot during a street fight in 2013.

Just two years earlier, WWE legends Triple H – the Senior Vice President of Talent Development at the time – and The Undertaker were also docked an undisclosed amount for chair shots to the head at WrestleMania 27.

'INTENTIONAL' BLOW TO THE HEAD

WhatCulture writes that fines can also be applied for “any blow to the head that is deemed an INTENTIONAL act.”

Brock Lesnar went seemingly unpunished after he floored Braun Strowman with a real punch at the Royal Rumble in 2018.

This means that while unclear, WWE's ban is more to stop the use of any foreign object to the head, such as kendo sticks, rather than just closed fists and kicks. 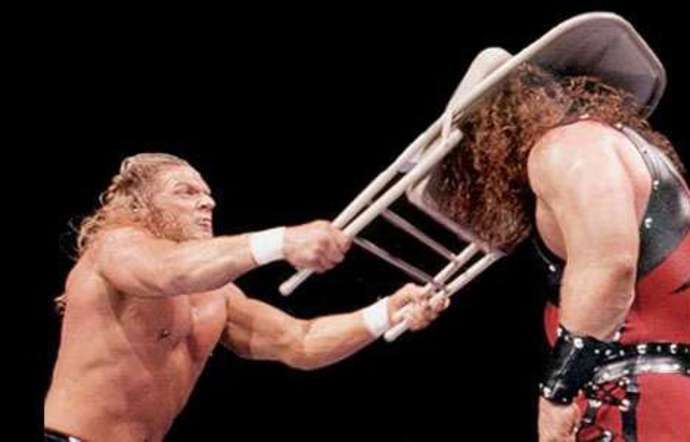 While fans are considered the bedrock of professional wrestling, actually reaching out into the WWE audience can incur a hefty fine.

Thought to be a more preventative measure, Mark Henry once shared the financial damage of getting handsy with a live crowd.

During an appearance on Jay Mohr’s podcast, Mohr Stories, he said: “We’re not allowed to put our hands on nobody.

WWE actually overlooked the infamous incident CM Punk once decked a fan on an episode of Raw back in 2012 after he was being manhandled by the crowd.

BLEEDING ON THE MAT

As well as handing out fines for blading, WWE are also prepared to take wrestlers money for accidentally bleeding on the ring canvas.

Tyrus, aka Brodus Clay, recalled the iconic moment he interfered in a ladder match between Christian and Alberto Del Rio at Extreme Rules 2011.

The Funkasaurus accidentally took a nasty shot to the face and jumped outside the ring to avoid having to surrender part of his pay-check.

He explained in a 2015 AMA on reddit: "Took a ladder to the head and you get fined by WWE 3k if you bleed on the mat so I dove out the ring to save a dollar." 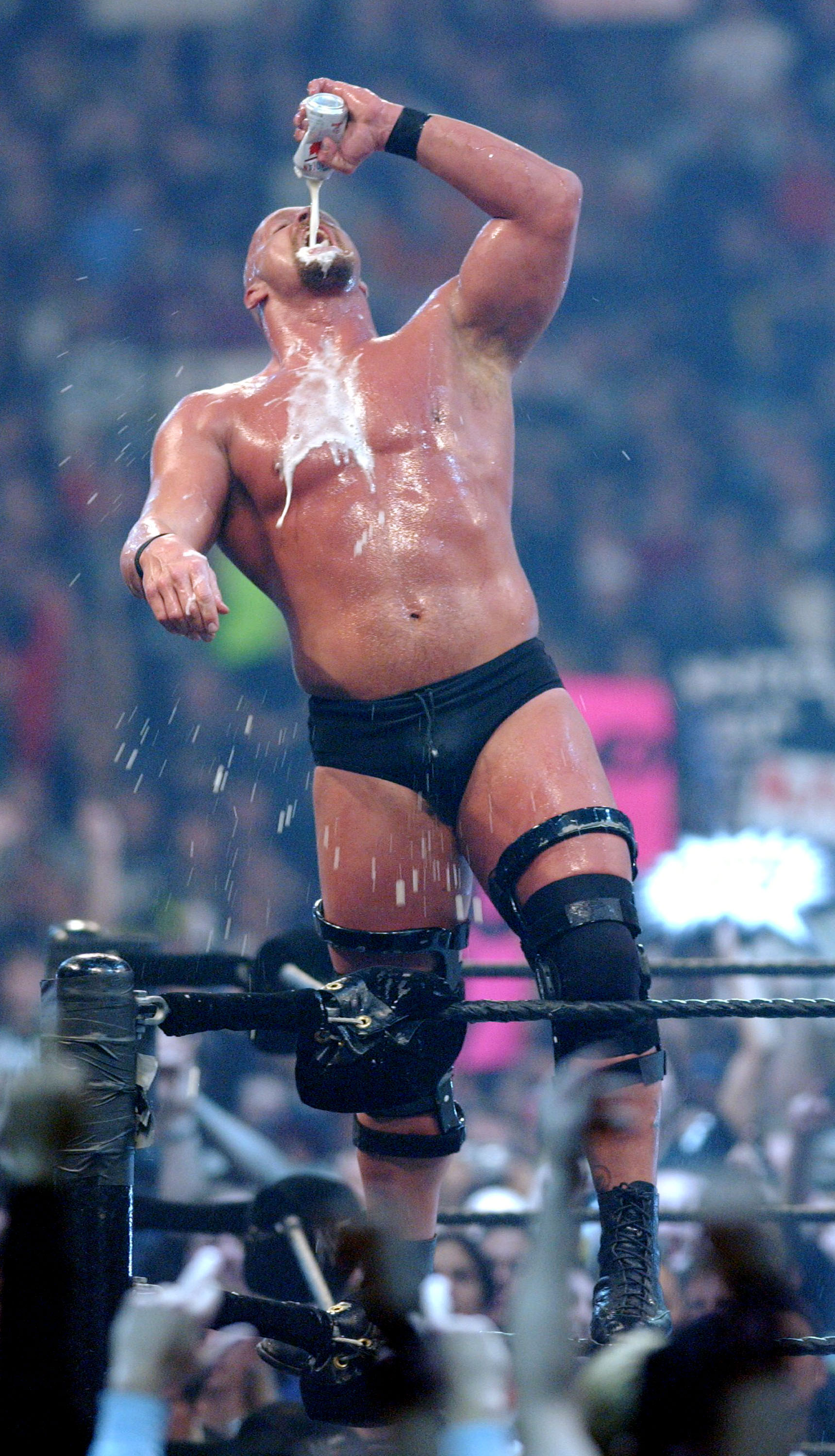 But per the company’s Wellness Policy, should the Texas Rattlesnake consume alcohol before an event then that can lead to a £2,000 fine.

Wrestlers are expected to be “free of the influence of alcohol when performing for WWE” and are also “prohibited from using or consuming alcohol at any time within a twelve-hour period prior to any WWE event or scheduled WWE performance.”

Stone Cold revealed on his podcast back in 2016 that he always has to assure fans that he was drinking real beer after matches.

He said: "I can’t tell you how many times I left the ring and I had a little bit of a buzz because of all the beers I was drinking.

"When you’re shotgunning anywhere from six to 12 beers, and maybe you get half of ‘em in. On an empty stomach, after you’ve wrestled, it goes to your head pretty quick."

Despite being legal in some states, marijuana use carries the same £2,000 fine, per positive test, as consuming alcohol.

Curiously, WWE upped the punishment for wrestlers getting high from a more modest £800.

McMahon's company decided a stricter fine was needed after Brian Kendrick reportedly tested positive 12 TIMES prior to being released.

The only thing the 74-year-old billionaire hates more than sneezing is wrestlers grabbing him unannounced.

Titus O'Neil notoriously gave WWE boss McMahon a jovial push at the end of Daniel Bryan’s retirement segment back in 2016.

The former Tag-Team champion was allegedly attempting to be chivalrous in grabbing Vince to allow his daughter, Stephanie, to exit the stage first.

Yet for whatever reason, McMahon blew his top and slapped O'Neil with a 90-day suspension, though it was later reduced to 60, as well as a £4,000 fine — as revealed by Jim Ross on his blog. 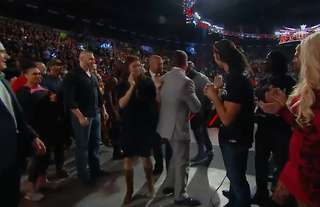 More of a standard rule in any job profession but especially crucial if you perform for live crowds – don't turn up late for work.

In June 2014, news broke of a “zero-tolerance rule” for tardiness when arriving for SmackDown or Raw tapings.

During an appearance on Colt Cabana’s Art of Wrestling podcast, D’Lo Brown revealed he once fell into trouble during a tour of South Africa.

The former Intercontinental Champion turned up 15 minutes late for the tour bus after a night on the town and was slapped with a 10K fine. 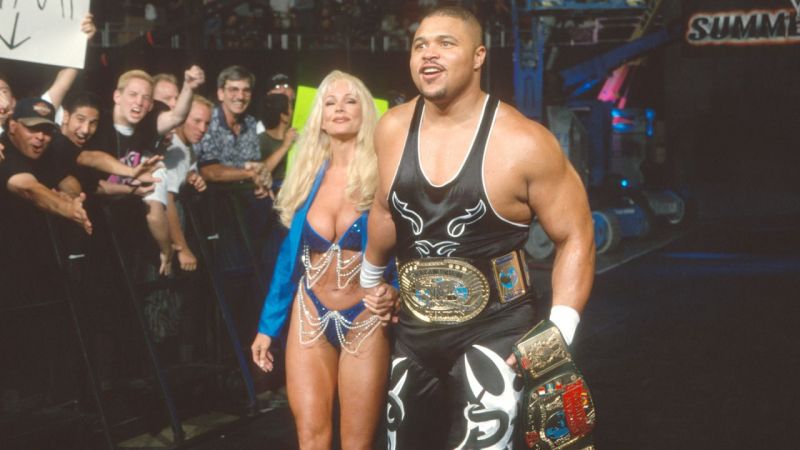 NOT WEARING A SUIT

Despite WWE Superstars often wrestling in nothing more than underwear and boots, Vince McMahon is very set on a dress code in his business.

WhatCulture claim first-time offenders are docked £400 which is then doubled if the same wrestler breaks it twice while a third strike can lead to a suspension.

WWE ring announcer Lillian Garcia explained on the Tomorrow Show: "What happened was, after a while there was the, "oh ok we'll dress casually but nice, we're traveling" and that kind of thing.

"Then the guys started coming with… cut off shorts, obnoxious comments on t-shirts and stuff and that was when Vince McMahon was like, "that's it. You guys represent this brand of WWE, we call you superstars but you're not dressing as a superstar." 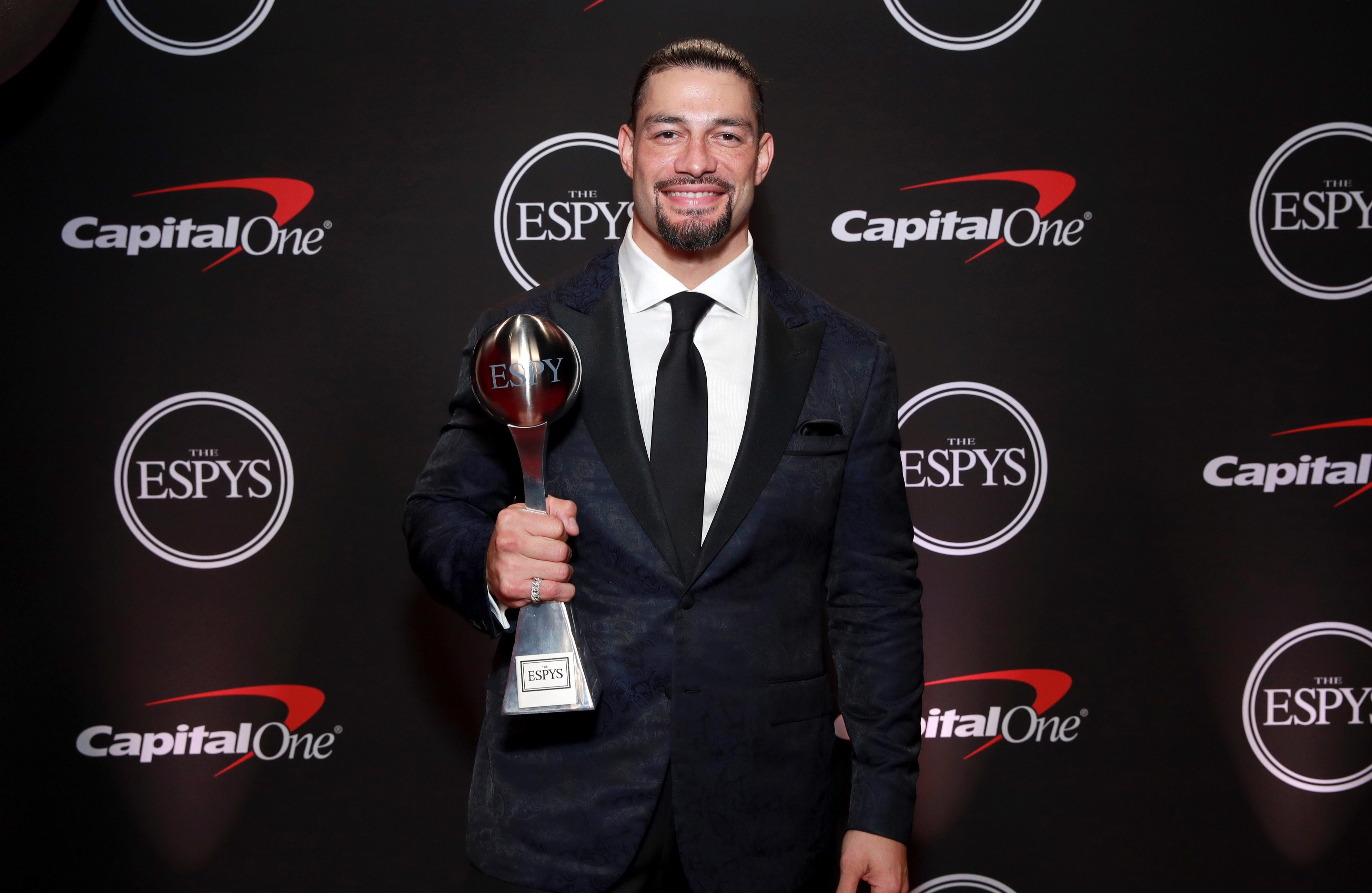