CRISTIANO RONALDO is less prolific in the Champions League than Neymar, but neither superstar claims the No1 spot in the top five strikers in Europe this century.

That prize goes to Barcelona's Lionel Messi who tops the lot for goals and assists per 90 minutes in the Champions League since the turn of the Millennium. 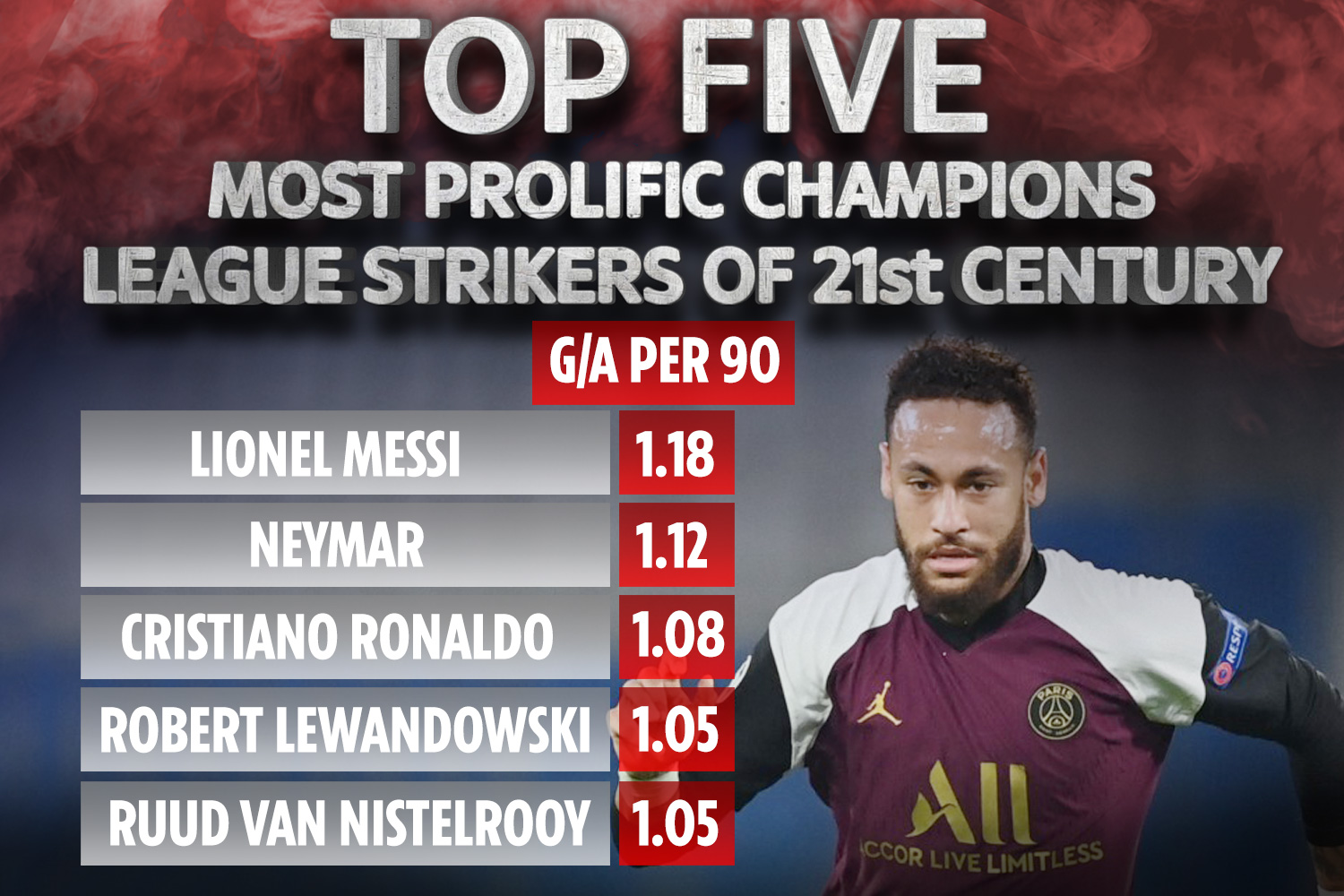 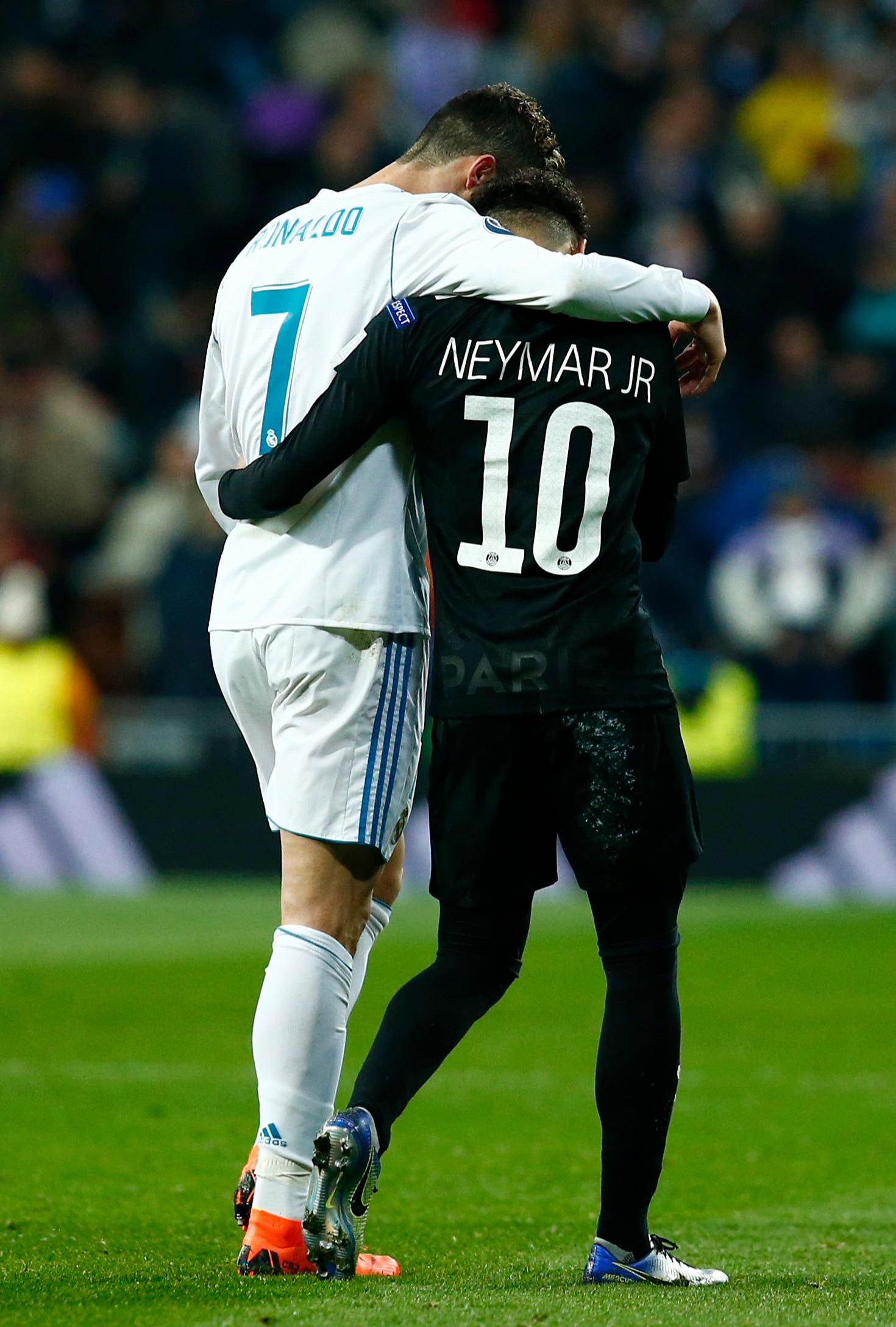 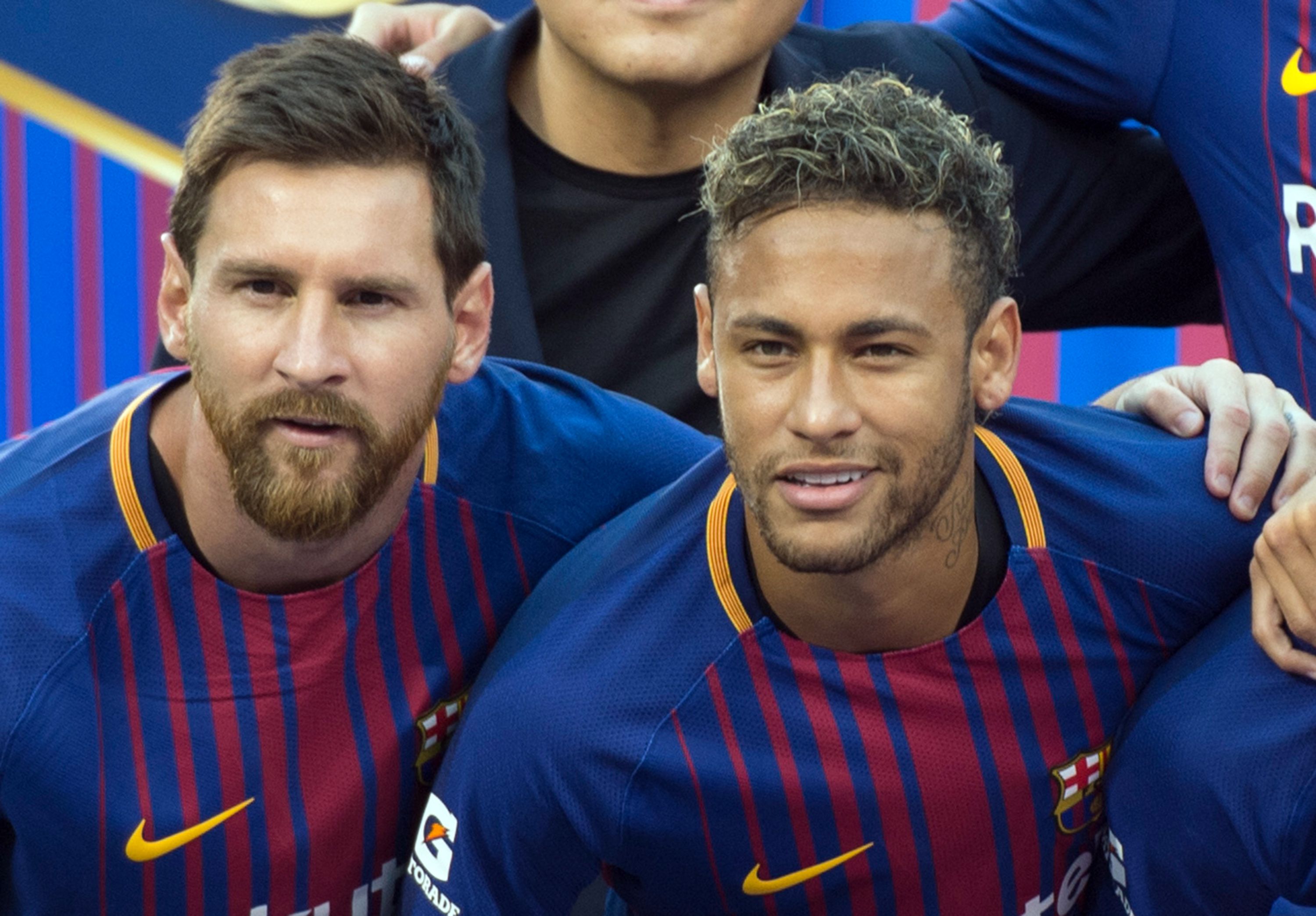 The Argentine maestro, 33, has bagged an incredible 117 goals and 41 assists in 145 Champions League matches for the Catalan giants.

Messi averages 1.18 goals and assists for every full European game.

The Brazilian has scored 35 goals and notched 29 assists in just 62 games for Barca and Paris Saint-Germain.

Despite being the competition's all-time leading goalscorer, Ronaldo can only lay claim to the bronze medal.

The Juventus ace has bagged a staggering 130 goals in 170 games with 46 assists to boot.

But the 35-year-old only averages 1.08 goals and assists a game.

The main reason behind Ronaldo's relatively low ranking is that it took the Portuguese icon THIRTY games to register his first European goal.

It was not until the quarter-finals of the 2006-07 Champions League that CR7 finally found the net for Manchester United.

And in typical fashion – after waiting so long for one strike – the prolific marksman smashed home a brace in the 7-1 demolition of Roma.

Both frontmen average 1.05 goals and assists for every 90 minutes on the field in Europe.

Polish striker Lewandowski, 32, has notched 68 goals and 22 assists in 92 games for current side Bayern Munich and old club Borussia Dortmund.

Legendary Dutch forward Van Nistelrooy found the back of the net 56 times and provided 15 assists in 73 games for United, Real Madrid and PSV.