India are within grasp of taking a key step towards a breakthrough series victory in Australia and leaving the home team's rebuild in ruins with victory at the Adelaide Oval on Monday.

The tourists have taken a stranglehold on the first Test, having the home team 4-104 at stumps, chasing a venue record of 323 for victory. 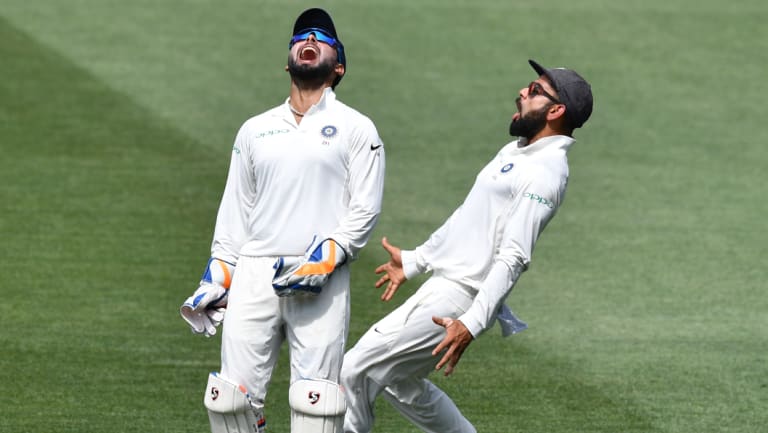 Shaun Marsh, under pressure to save his spot, broke a run of six-straight single digit Test scores to be 31 not out while Travis Head will resume unbeaten on 11.

Despite Nathan Lyon's six wickets – his sixth five-wicket haul against India – the Australians could not contain the tourists' second innings, with batting rock and first-innings century maker Cheteshwar Pujara (71) and Ajinkya Rahane (70) leading the charge on a sluggish deck.

Assistant Australian coach David Saker had declared "we know that batting here last isn't as scary as it used to be" but the home side was again guilty of poor strokeplay.

The dismissals of Aaron Finch (11), who was saved from an inglorious pair by an Ishant Sharma no-ball, and Marcus Harris (26) have raised more concerns about the new-look opening combination, while spearhead Mitchell Starc was sore and criticised for his body language, run up and action after wayward spells of bowling. 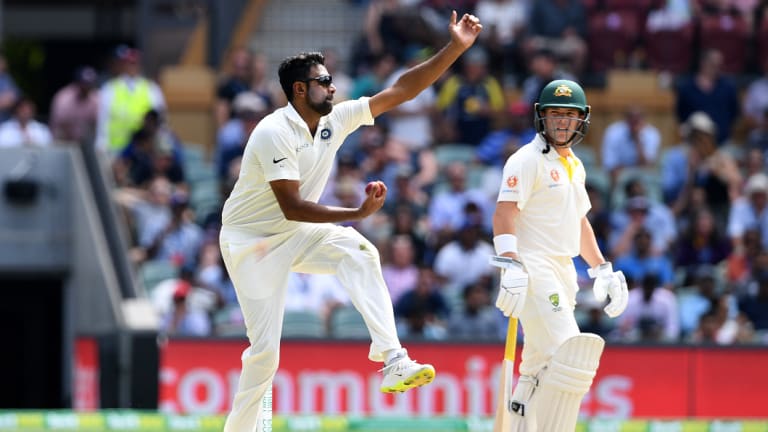 Finch's initial reprieve came from a decision review but he later failed to call for technological help when he was adjudged caught at short leg, a decision he should rue for the ball appeared to not make contact with his bat nor glove.

The tourists have failed in 11 attempts to win a Test series in Australia but appear set to head to Perth for the second Test, beginning Friday, in prime position to take a firm grasp on the Border-Gavaskar Trophy in the four-match series.

While Australia would almost certainly be happy with a draw, they will have to break a ground record that has stood since 1902 if they are to conjure a remarkable victory, that being their own 6-315 against England. To reinforce how tough an assignment they face, the highest successful run chase at the venue since World War II was by the West Indies in 1982 when the tourists made 5-239.

Australia's hopes tumbled when Usman Khawaja, who led Australia's remarkable resistance against Pakistan in Dubai last month, was caught in the deep off a mistimed drive from spinner Ravi Ashwin, who also dismissed Finch and shapes as India's match winner. 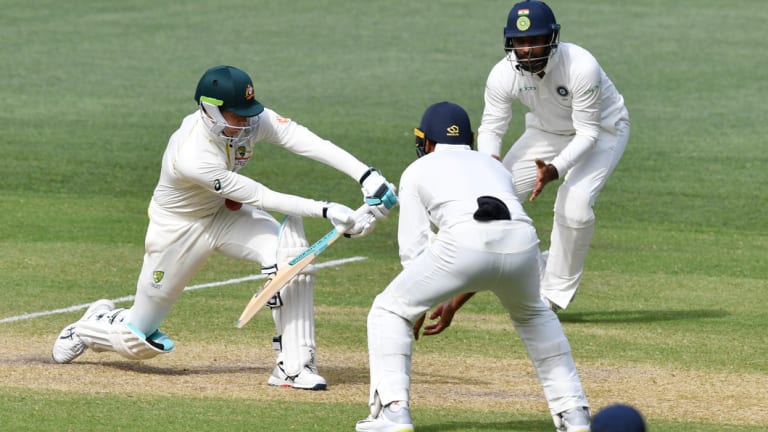 Close call: Peter Handscomb edges a ball onto his thigh during day four.Credit:AAP

The national selectors picked a squad for the first and second Tests and had hoped stability would help but there is likely to be much to debate this week in a summer where the ramifications of the ball-tampering saga and the absence of suspended pair Steve Smith and David Warner are being felt.