Manchester City have been quoted £65m by Napoli for 29-year-old Senegal defender Kalidou Koulibaly, who has been linked with Liverpool and Manchester United and has previously been valued at £80m. (Mirror)

However, Martinez is close to sealing a move to Barcelona. (Marca)

France midfielder Paul Pogba, 27, is close to signing a new five-year contract with Manchester United, who could announce the deal at the end of the season. (Sun)

Bayern are thought to have dropped out of contention for Chelsea target Kai Havertz, the 21-year-old Bayer Leverkusen and Germany midfielder. (Sport Bild, via Mail)

Everton, Atletico Madrid and Bayern Munich are expected to bid for Crystal Palace and Ivory Coast winger Wilfried Zaha this summer, with Newcastle also keen on the 27-year-old. (Mail)

Everton manager Carlo Ancelotti has told England keeper Jordan Pickford, 26, that “he has to improve”. (Guardian)

Southampton are hoping to secure a £10m permanent deal for Tottenham’s English defender Kyle Walker-Peters, 23, who has been on loan at Saints since January. (Sun)

Who needs what to qualify for Europe? 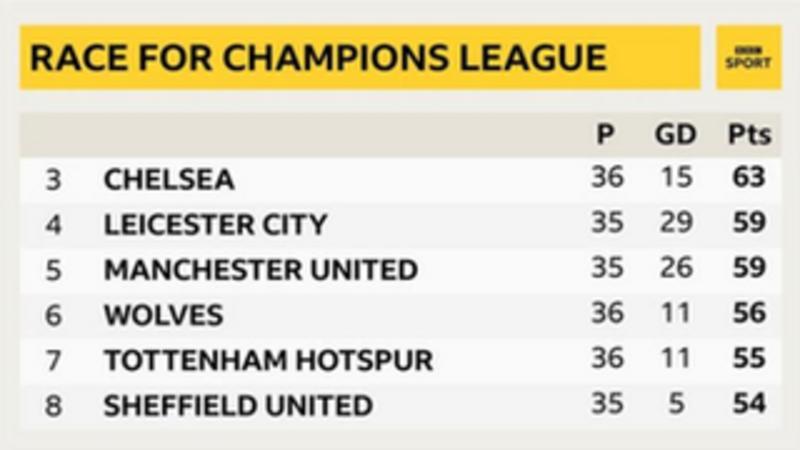 Who is likely to qualify for Champions League and Europa League from England?

Southampton boss Ralph Hasenhuttl has refused to discuss the possibility of a swap deal between Danish midfielder Pierre-Emile Hojbjerg, 24, who is keen on a move to Tottenham, and Walker-Peters. (Sky Sports)

Ghana midfielder Thomas Partey, 27, is reportedly set to snub interest from Arsenal and sign a new contract with Atletico Madrid, who have offered to double his salary and his buy-out clause. (GhanaSoccerNet, via Mail)

Liverpool’s English midfielder Adam Lallana, 32, who is leaving the champions on a free transfer this summer, is a target for Leicester, Burnley and Brighton. (Star)

Tottenham’s English defender Danny Rose remains hopeful of making his loan at Newcastle into a permanent move, with reports in Italy linking the 30-year-old with Lazio, yet to be put to his representatives. (Newcastle Chronicle)

Portuguese defender Diogo Dalot, 21, who has failed to make the last nine league matchday squads, is ready to make his return to the Manchester United side if Luke Shaw and Brandon Williams are unavailable for Thursday’s trip to Crystal Palace. (Manchester Evening News)

Championship side Middlesbrough are increasingly resigned to losing English right-back Djed Spence, 19, this summer as several Premier League clubs including Tottenham, West Ham and Brighton prepare to step up their interest. (ESPN)

Everton’s 27-year-old Bosnia and Herzegovina midfielder Mo Besic will be made available for sale or loan this summer and is confident of a move to a top-flight club. (Liverpool Echo)

Wolves boss Nuno Espirito Santo is unsure if Mexico striker Raul Jimenez, 29, will miss any matches because of the impending birth of his first child. (Express and Star) 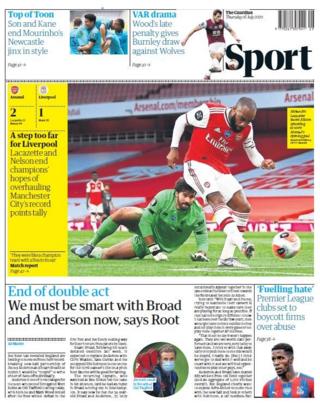