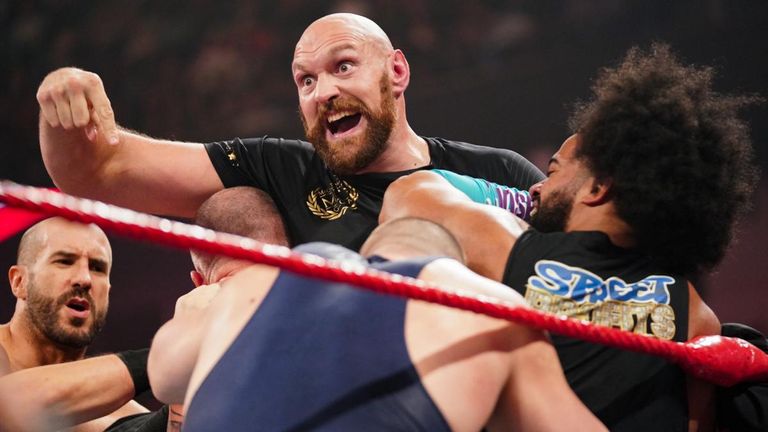 Tyson Fury will make his first WWE appearance on British soil when he arrives at SmackDown in Manchester on Friday.

Fury won his debut WWE match by defeating Braun Strowman by count out at Crown Jewel in Saudi Arabia eight days ago.

It seemed that would be the beginning and the end of Fury’s involvement in WWE, although after the match he was vague when asked if he would be interested in another professional wrestling bout.

Further clues about Fury’s continued involvement could be given at SmackDown on Friday night, which will be recorded at the Manchester Arena as part of WWE’s biennial European tours.

The episode will then be shown in its traditional 12am slot on Sky Sports Action and Sky Sports Mix.

What’s next for the war with NXT?

The presence of SmackDown – and Raw – in the United Kingdom provides an interesting conundrum about how the company will map out the next stage of the on-screen war with NXT. 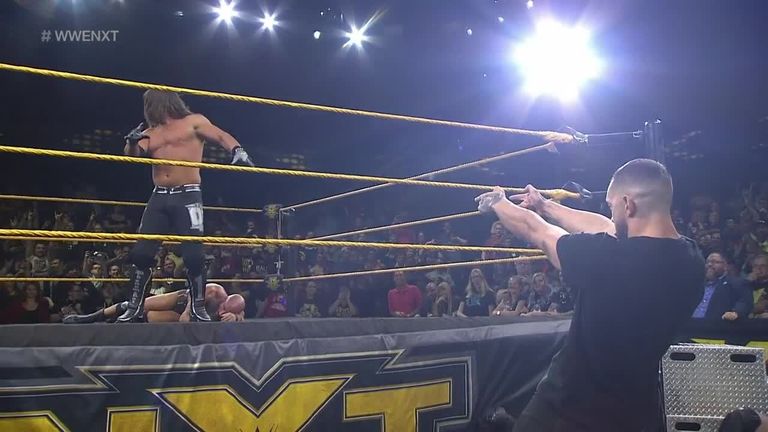 Attacks by the Full Sail crew on both the blue and red brands last week led to a retaliatory strike by AJ Styles and The OC in Florida on Wednesday night as tensions begin to mount ahead of Survivor Series.