UFC 254 sold a reported 675,000 pay-per-view buys – meaning it was only the promotion's FIFTH biggest box office success of the year.

The lightweight unification between Khabib Nurmagomedov and Justin Gaethje headlined on Fight Island. 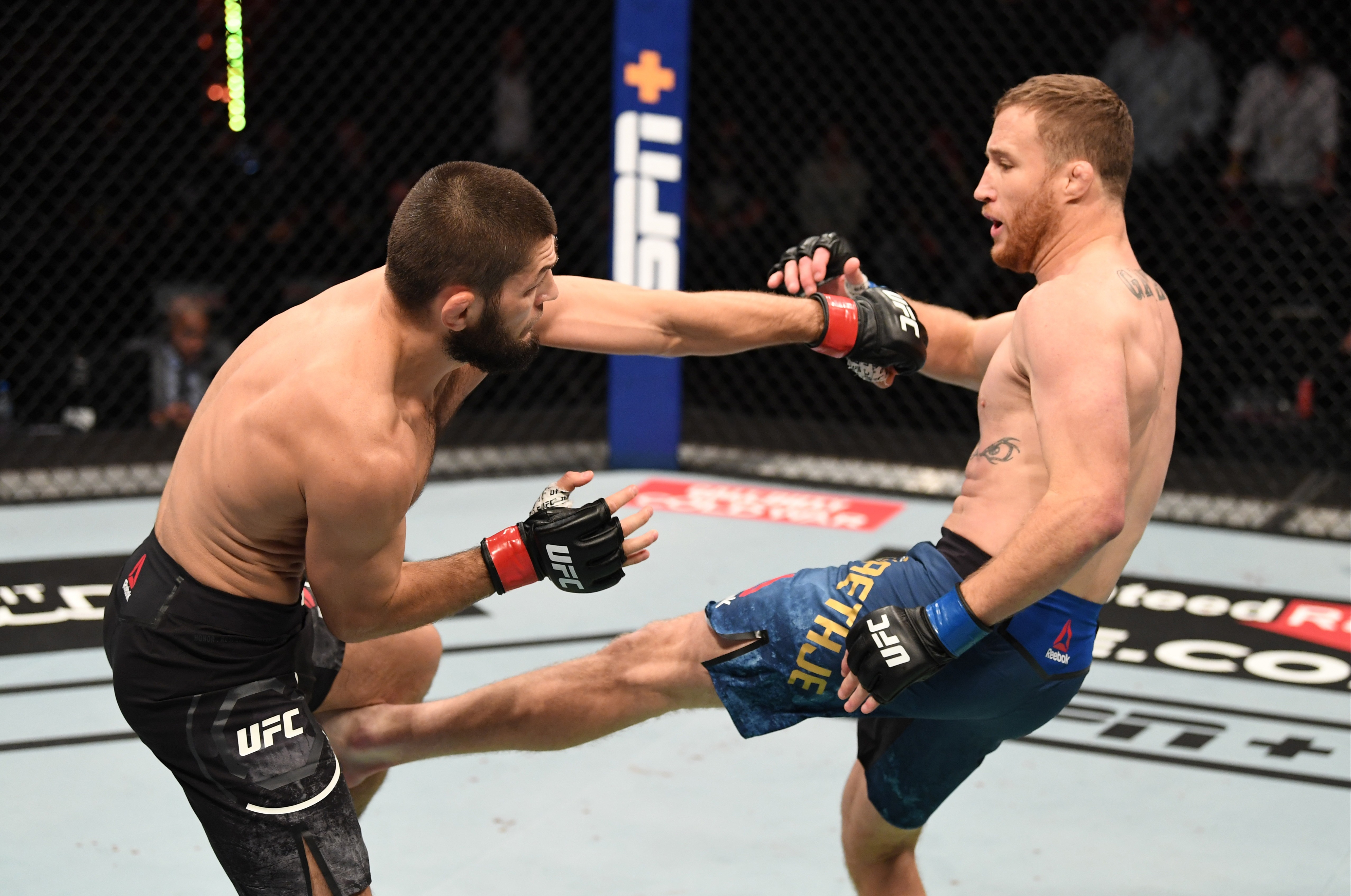 But it was moved away from a primetime TV slot in the US to accommodate Nurmagomedov's adoring European fans in Russia and Dagestan.

And according to Sports Business Journal, it cost the UFC, with only 500,000 buys coming out of America, with the rest made up of other worldwide sales.

Nurmagomedov's second round submission was broadcast at 2.00pm in the US, and only 343,000 are said to have tuned in for the prelim undercard.

In contrast, UFC 251 in July was the promotion's biggest success of the year so far, selling 1.3m PPV's as Jorge Masvidal lost to Kamaru Usman.

UFC 249 – their first box office during the coronavirus pandemic – brought in 700,000 buys in May, as Gaethje stopped Tony Ferguson.

Whereas Israel Adesanya's win over Paulo Costa at 253 provided 700,000 sales.

It was the lowest selling McGregor PPV since he beat Chad Mendes for the interim featherweight title in 2015.

But the Irishman does hold the UFC's box office record, at 2.4m, following his grudge match defeat to Nurmagomedov in 2018.

The UFC president told TMZ on the week of the fight: "This thing's trending off the charts for us right now.

"So, today is Tuesday and on Monday, this thing was trending to be the biggest fight we have ever had. Not Thursday, not Friday, Monday.

"Will the trend hold? One of the things that is a big negative for us is that it is not in primetime at home and it is hard to message that to people."

White's fears look to have been confirmed, following the drop in sales for UFC 254.