VILLARREAL were forced to delay Thursday's Europa League clash with Maccabi Tel Aviv due to an astonishing rainstorm. 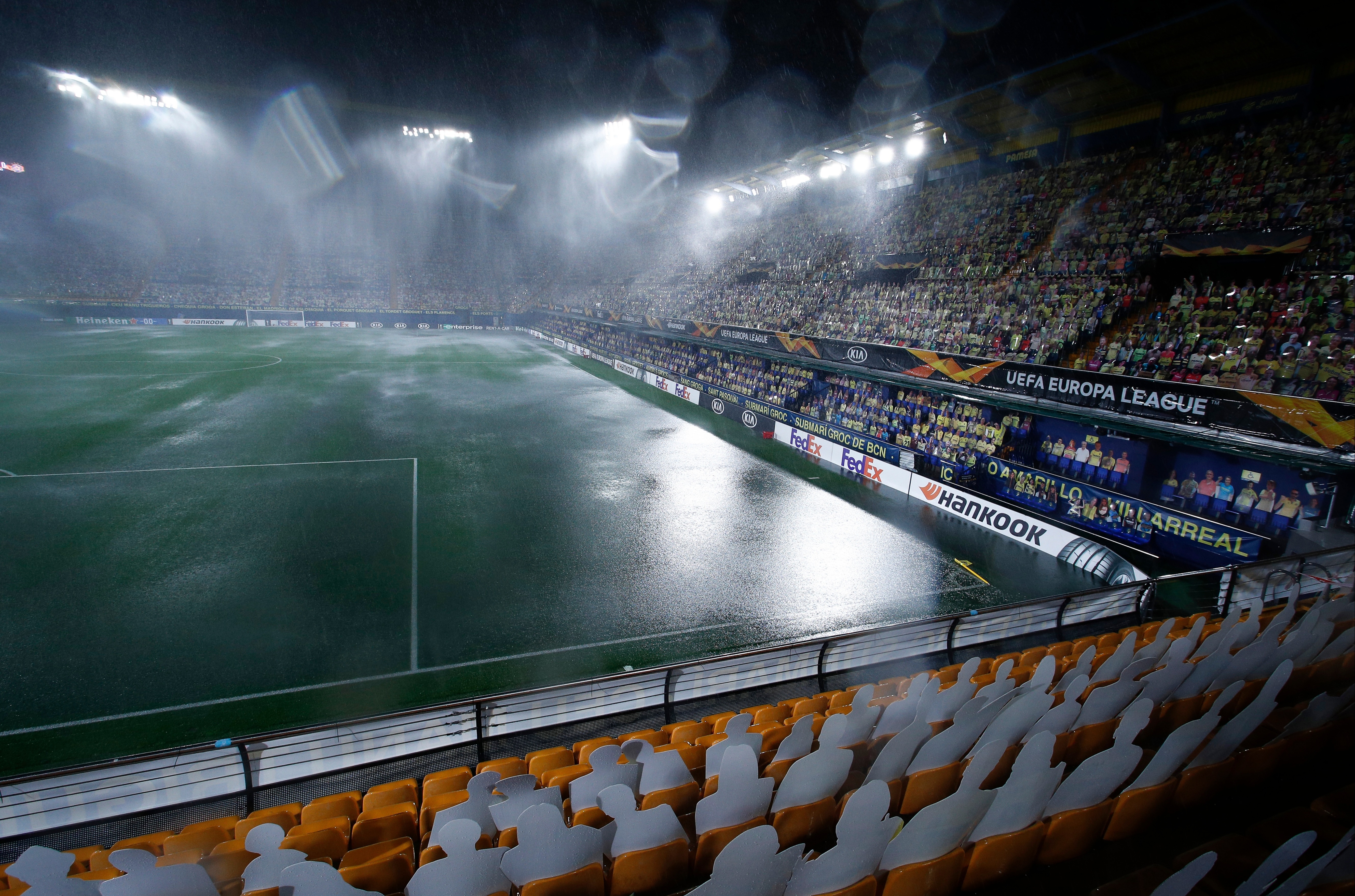 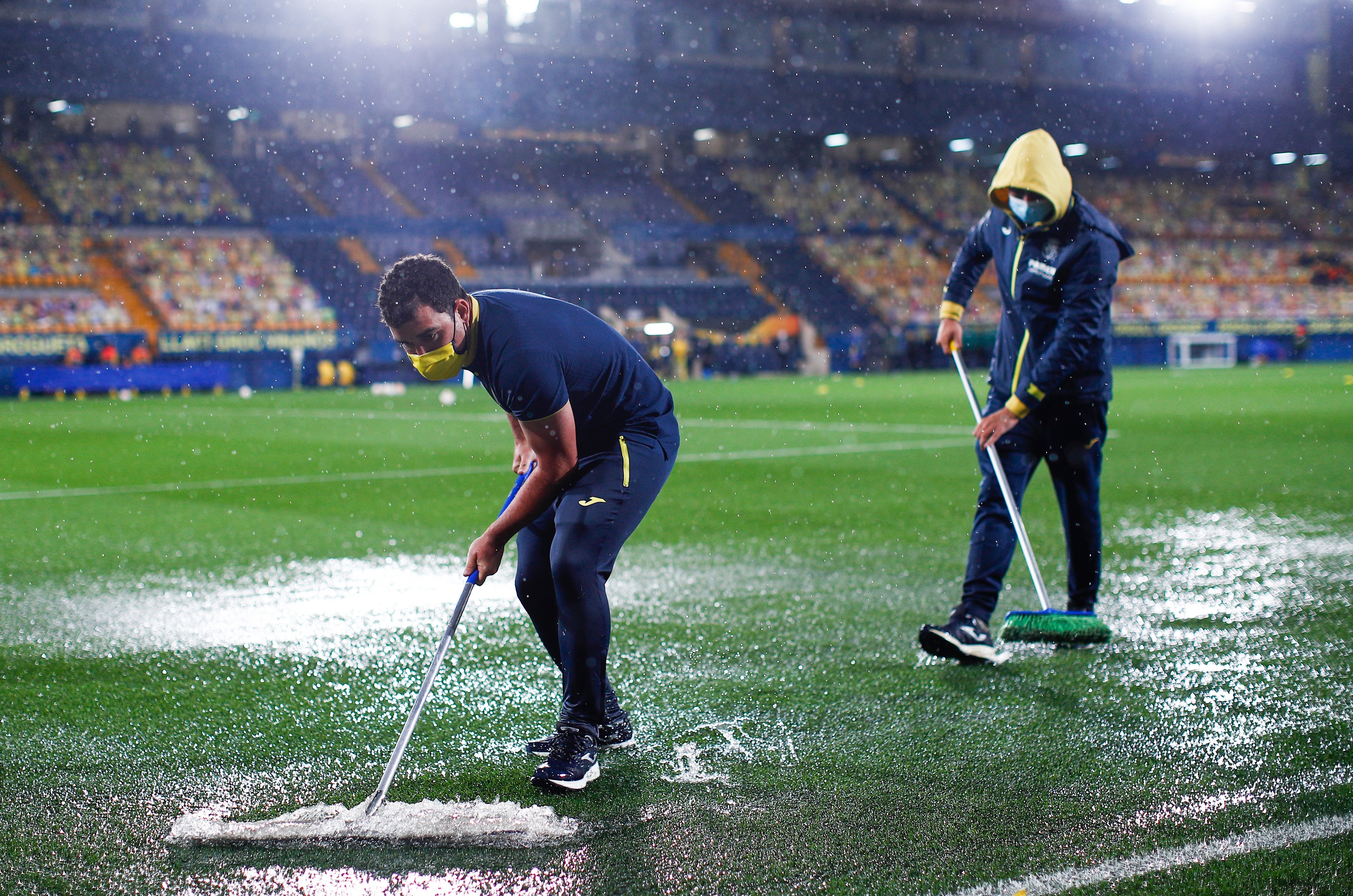 With the game due to kick off at 9pm local time, a mega downpour hit the east coast of Spain.

Amazing pictures of the storm were released by the home team's social media crew, showing cardboard cutouts of fans getting soaked.

One cheeky tweet from visitors Maccabi showed the waterlogged turf being hammered by the rain – with the caption, 'Getting better'.

Villarreal confirmed that a whopping 60 litres of water fell per square metre in just 45 minutes.

Amazingly, the skies over the Mediterranean cleared quickly and the game was able to kick off in perfectly reasonable conditions.

Officials met with delegates from both teams and the players were able to take part in a quick warm-up.

When the referee blew his whistle, it was 10.10pm local time – the latest Uefa allow Europa League game to kick-off.

And Villarreal unleashed their pent-up energy in amazing fashion with a fourth-minute opener by Carlos Bacca. 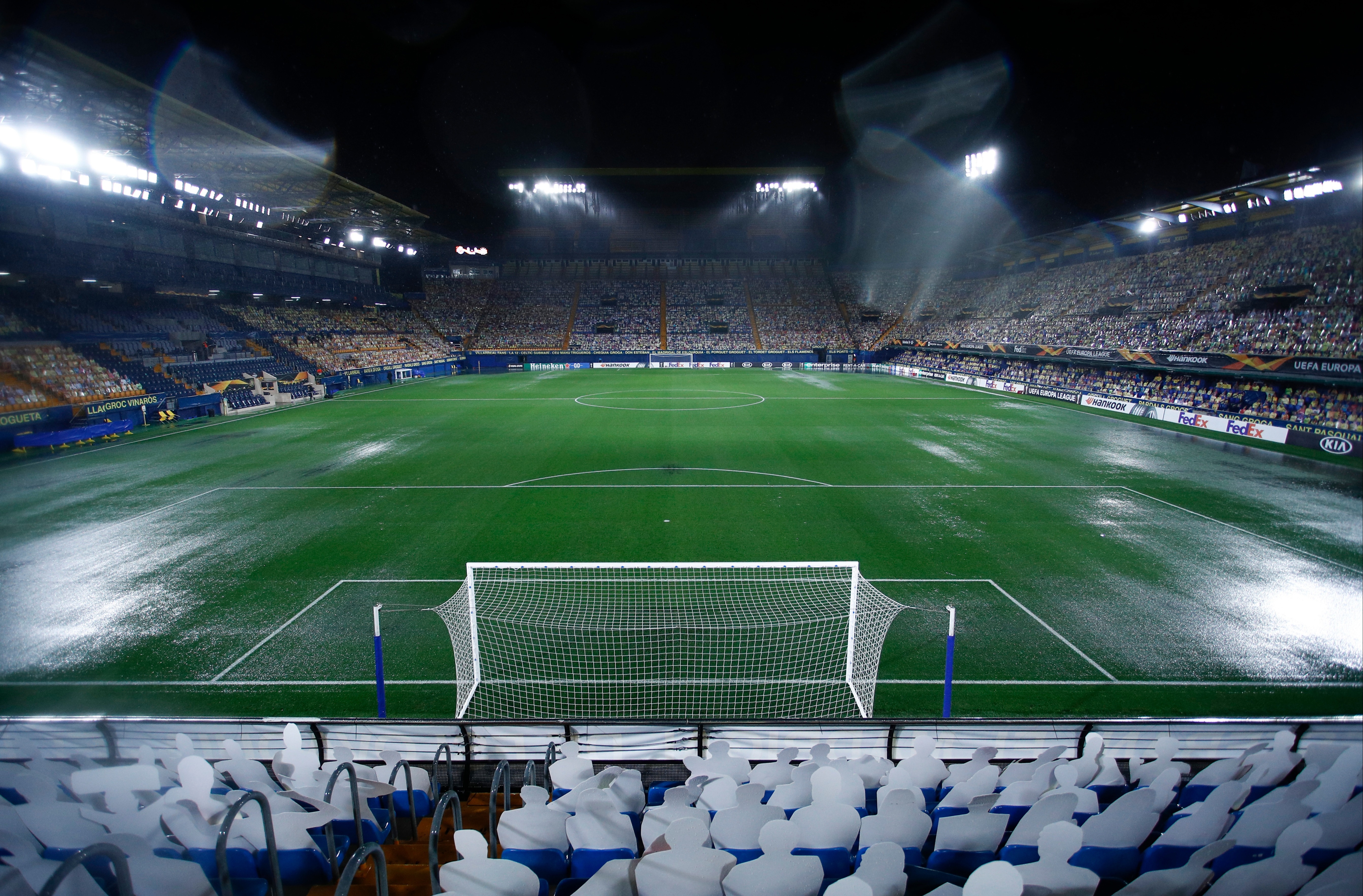 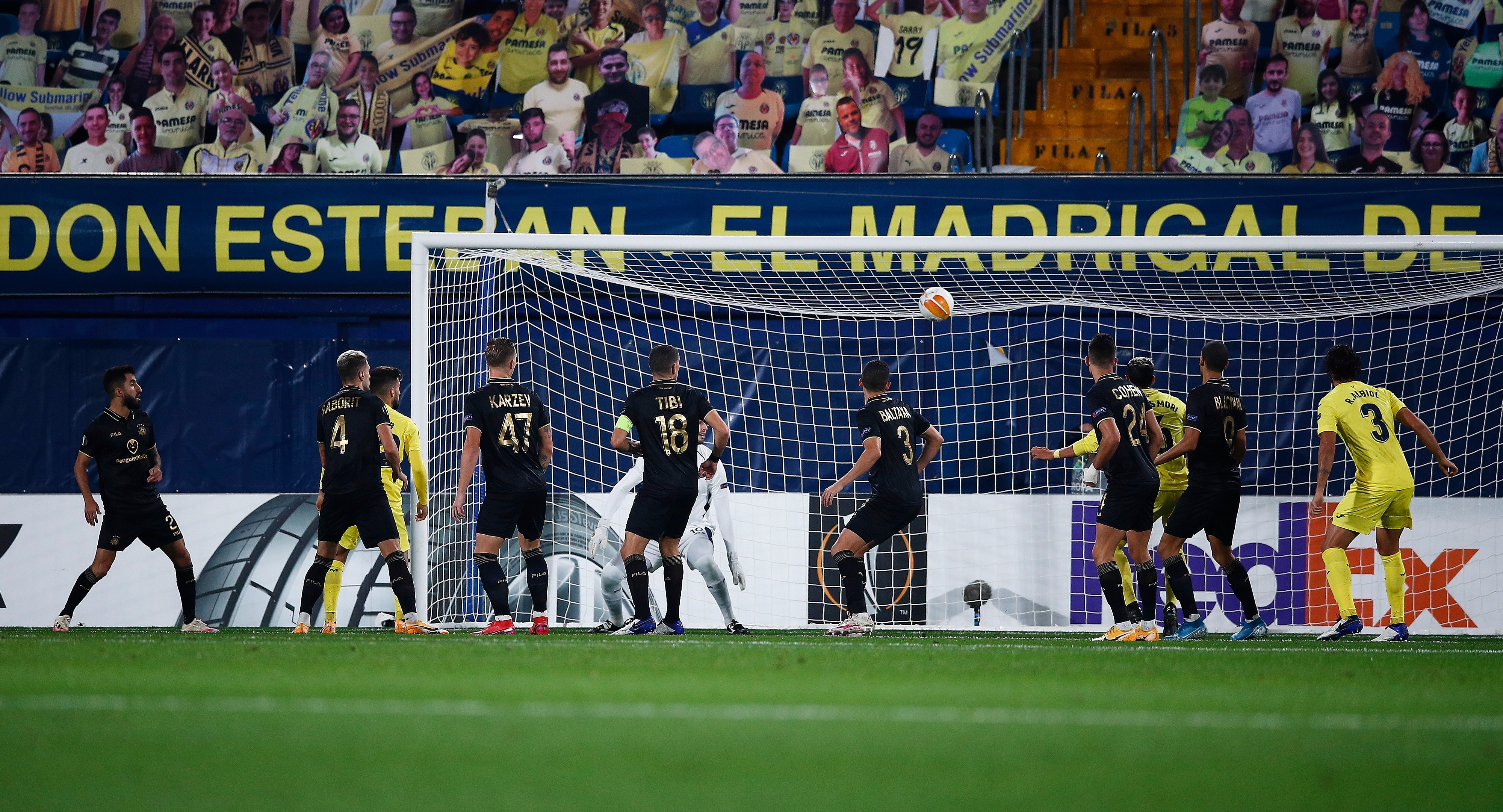