DUSTIN JOHNSON wiped away tears and was barely able to talk while totally overcome with emotion after winning The Masters.

Johnson, 36, is usually the king of cool and totally unflappable on the course. 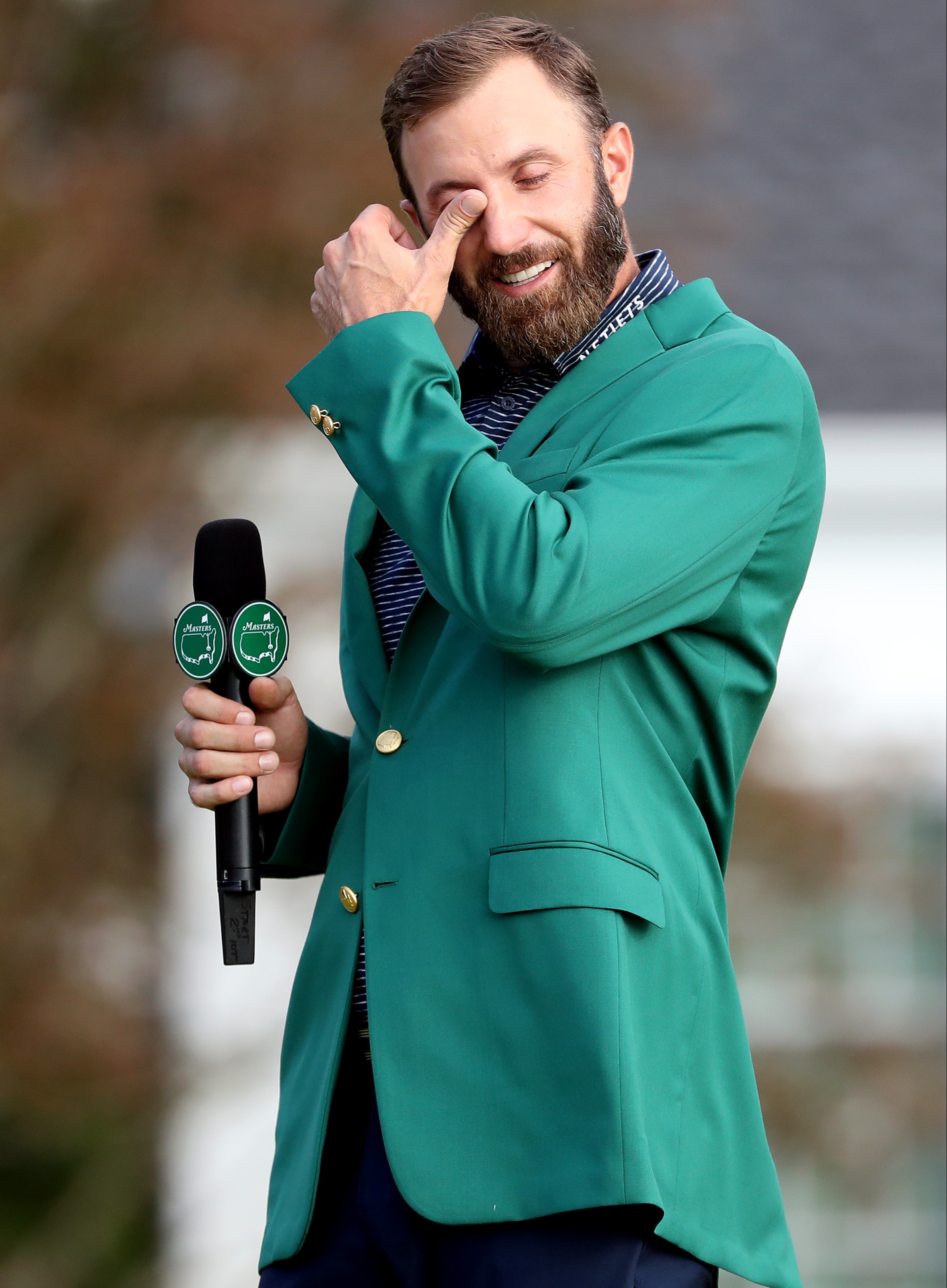 But he showed more emotion than ever during his winners' speech after trouncing the field to claim the green jacket by five shots with a record low score of 20 under.

Johnson was congratulated by stunning fiancee Paulina Gretzky – in a green jacket of her own – after he holed the winning putt on the 18th green.

The pair walked off the course hand-in-hand following his second Major triumph.

But it was when returning to the green for the winner's speech that Johnson struggled to string a word together, while wiping away tears of joy.

Johnson started his speech by saying: "It's a dream come true.

"As a kid I always dreamed about being a Masters champion."

It was then he stopped as he choked up, with host Amanda Balionis telling him 'it's OK'.

Johnson then said: "It's hard to talk." 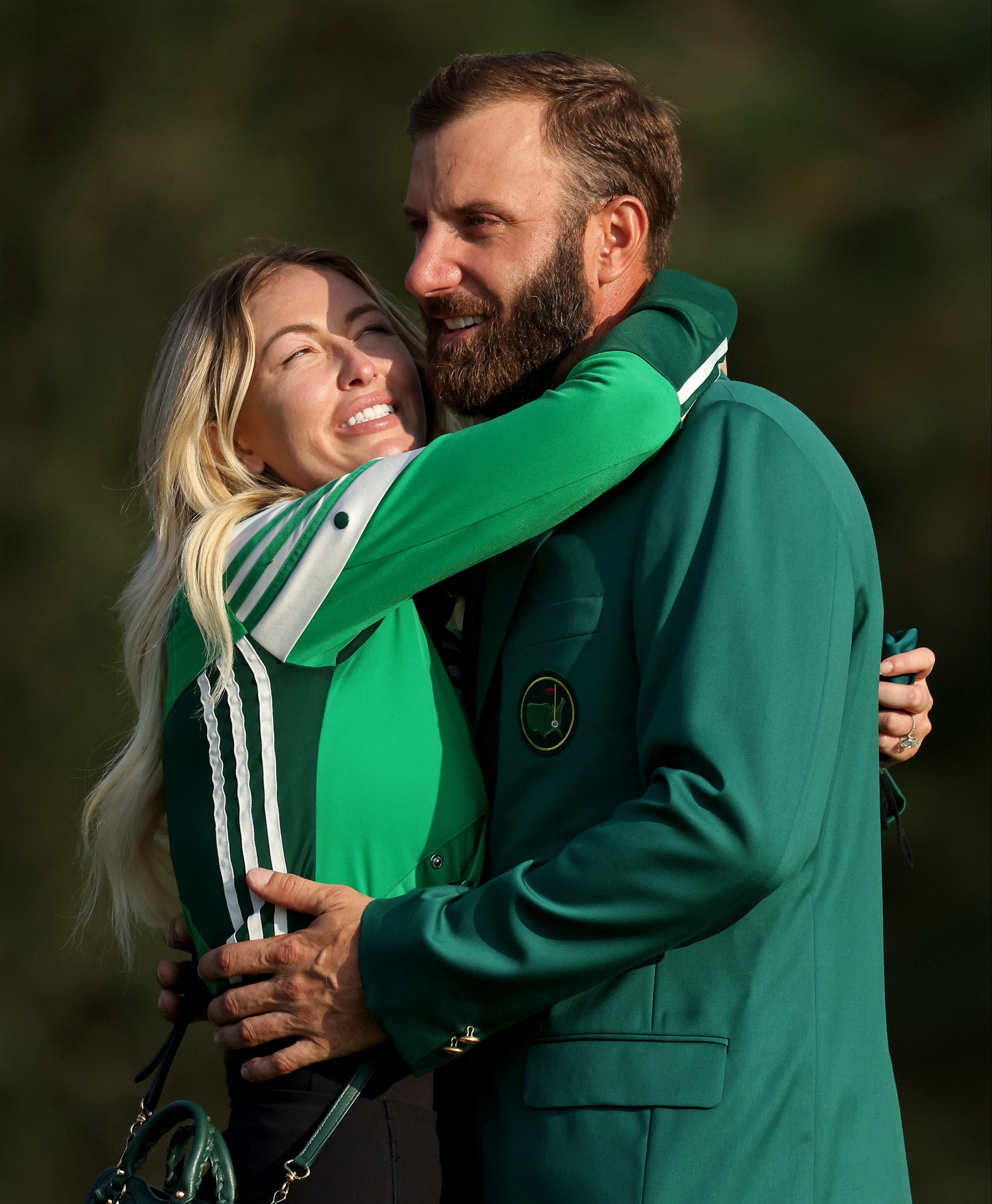 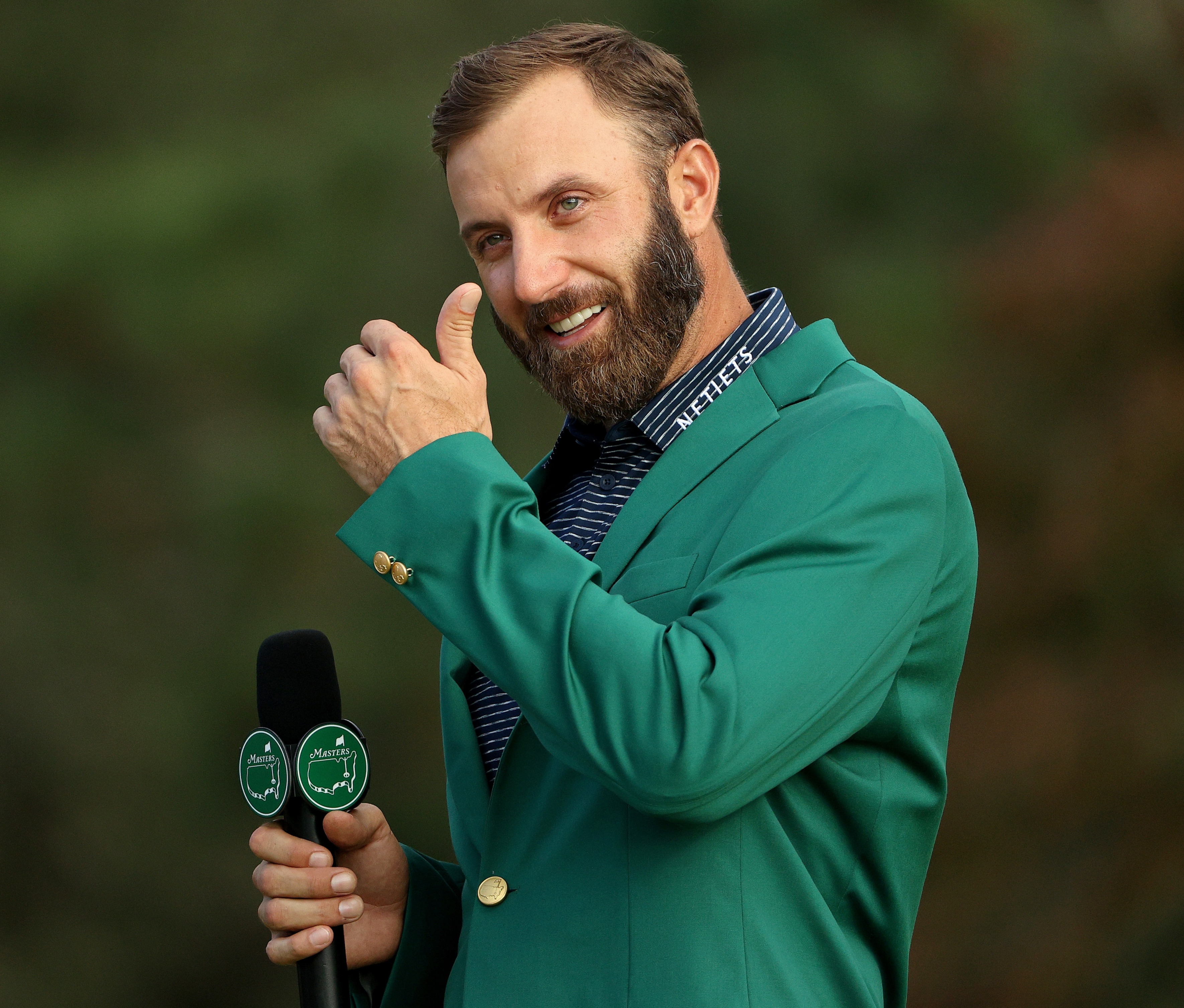 A further ten seconds of silence passed before the two-time Major winner continued: "But, you know, it's just incredible. As you can tell."

Johnson then laughed before saying sorry as Balionis begged him not to apologise during his special moment.

A teary-eyed Johnson added: "I've never had this much trouble gathering myself!

"On the golf course I'm pretty good at it. Out here I'm not."