ZLATAN IBRAHIMOVIC backed up the claim he can continue playing until he is 50 with another outrageous goal tonight.

The striker might now be 39, but the AC Milan star is showing no signs of his talents waning with a sensational header against Napoli.

The Swede has now scored in eight consecutive games for the San Siro side – with his latest moving him one ahead of Cristiano Ronaldo in the Serie A golden boot race.

Milan team-mate Theo Fernandez was the man who provided the assist, but his floated ball in from the left was made to look even better by the ex-Manchester United forward.

Ibrahimovic outpowered Napoli’s Kalidou Koulibaly and beat him in the air just in front of the penalty spot.

And he perfectly managed to direct the ball with phenomenal power for it to bounce into the far corner.

That was the veteran’s ninth goal of the campaign and one of a brace he got in the 3-1 away win to sent Milan top.

And that statistic is even more impressive considering he missed four games after testing positive for coronavirus.

Ibrahimovic has scored goals for some of the biggest clubs on the planet after stints at Ajax, Inter, the Red Devils, Barcelona and now back at the Rossoneri.

Even though he suffered an ACL injury during his time at United in 2017, his agent believes the superstar can go on at the top level for another decade.

Mino Raiola said: “He will play football until they have to take him away on a stretcher.

“He has resurrected all of Milan, he is 90 per cent of that team.” 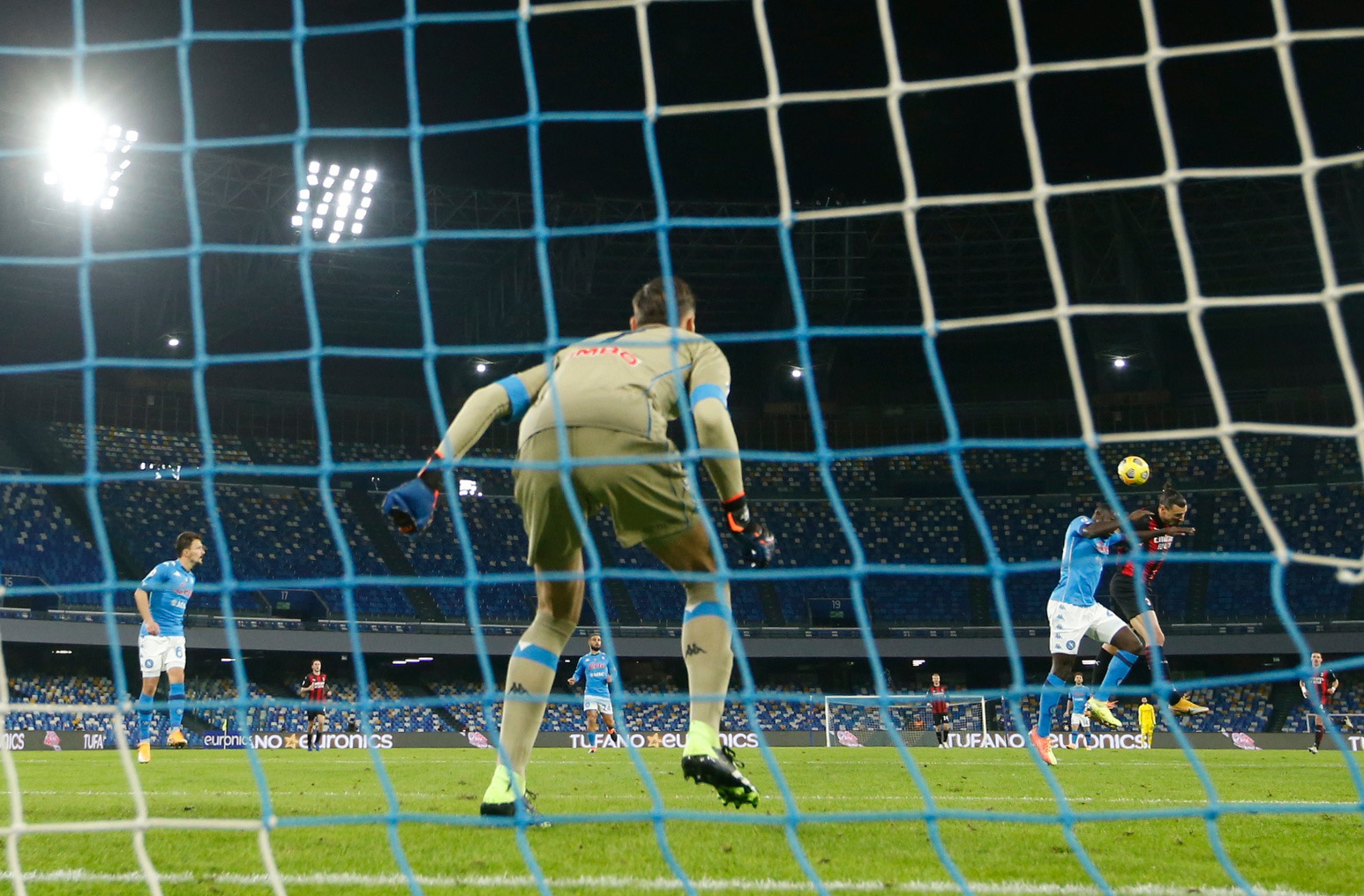