Perez, 30, started up front alongside Javier Hernandez in the Hammers' attack but was forced off at half-time with a bizarre-looking cut. 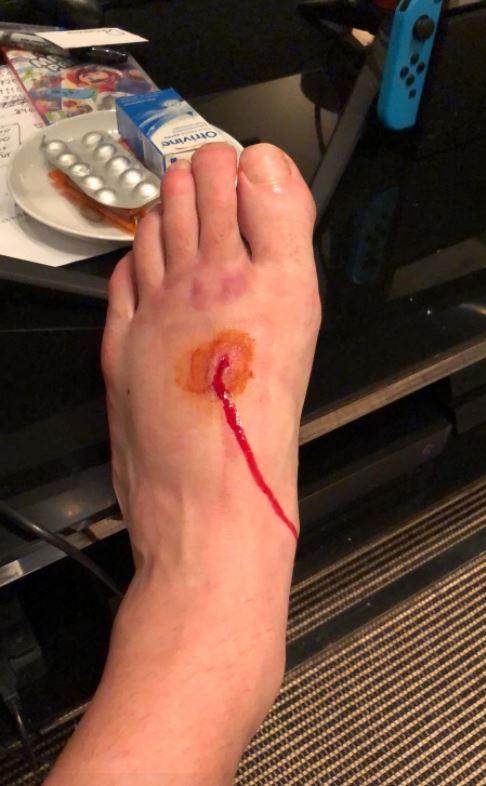 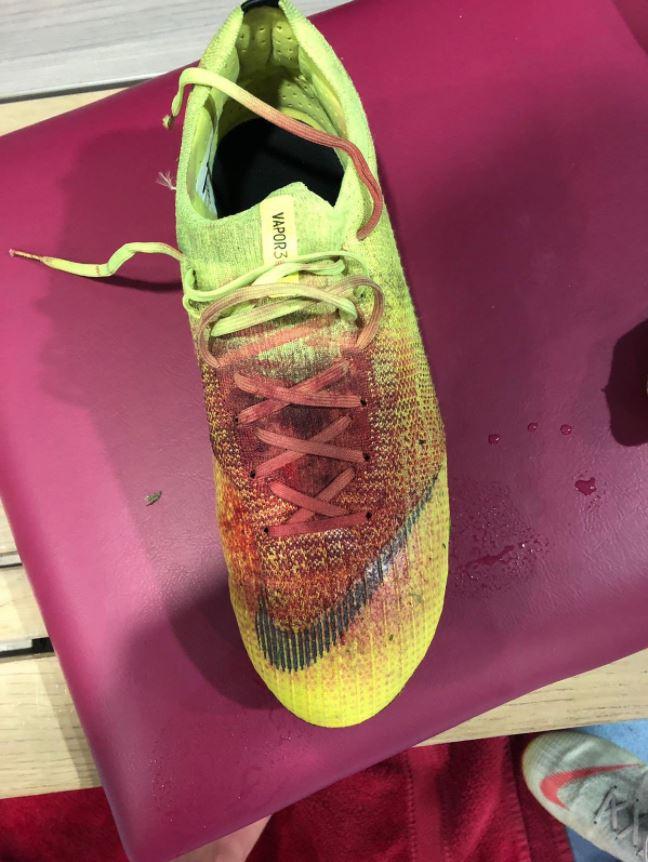 The former Arsenal flop – who scored his first league goals for the Irons in midweek – took to Twitter to show the cut on the top of his left foot and a stream of blood.

He also uploaded an image of his once-luminous yellow boot which was stained with blood across the laces to turn it more of a West Ham-coloured claret.

Presumably, the striker was trodden on with a stud and could not carry on – Andy Carroll came on in his place for his second appearance of the week.

Perez said: "Happy for the win and regretting not being able to continue helping the team. #COYI" 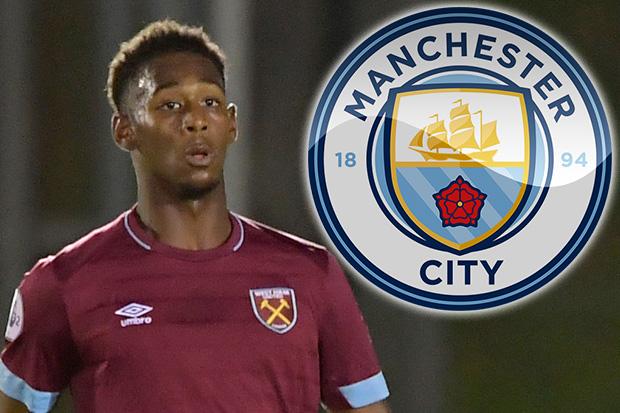 The West Ham youngster was watched by the Champions League giants in an Under-23 match against Chelsea where he scored the opener.

Hoffenheim join City and Dortmund are also looking at the 19-year-old in the clash at Aldershot.

Oxford has yet to play under Manuel Pellegrini and European clubs are aware he could be available in January.

City are long-term admirers and could boost their homegrown quota.

However, Oxford revealed he wanted to stay and fight for his place at the London Stadium if the club tried to force him out in January.

Manuel Pellegrini's side trailed 1-0 at the break thanks to James McArthur's early goal.

But after the half-time substitution, West Ham turned the game around.

A beauty from Robert Snodgrass with 48 minutes played levelled the game before Hernandez and Felipe Anderson struck within three minutes to take the game away from the Eagles.

Jeffrey Schlupp came off the bench to head in with quarter of an hour to go and ensure a nervy finish at the London Stadium. 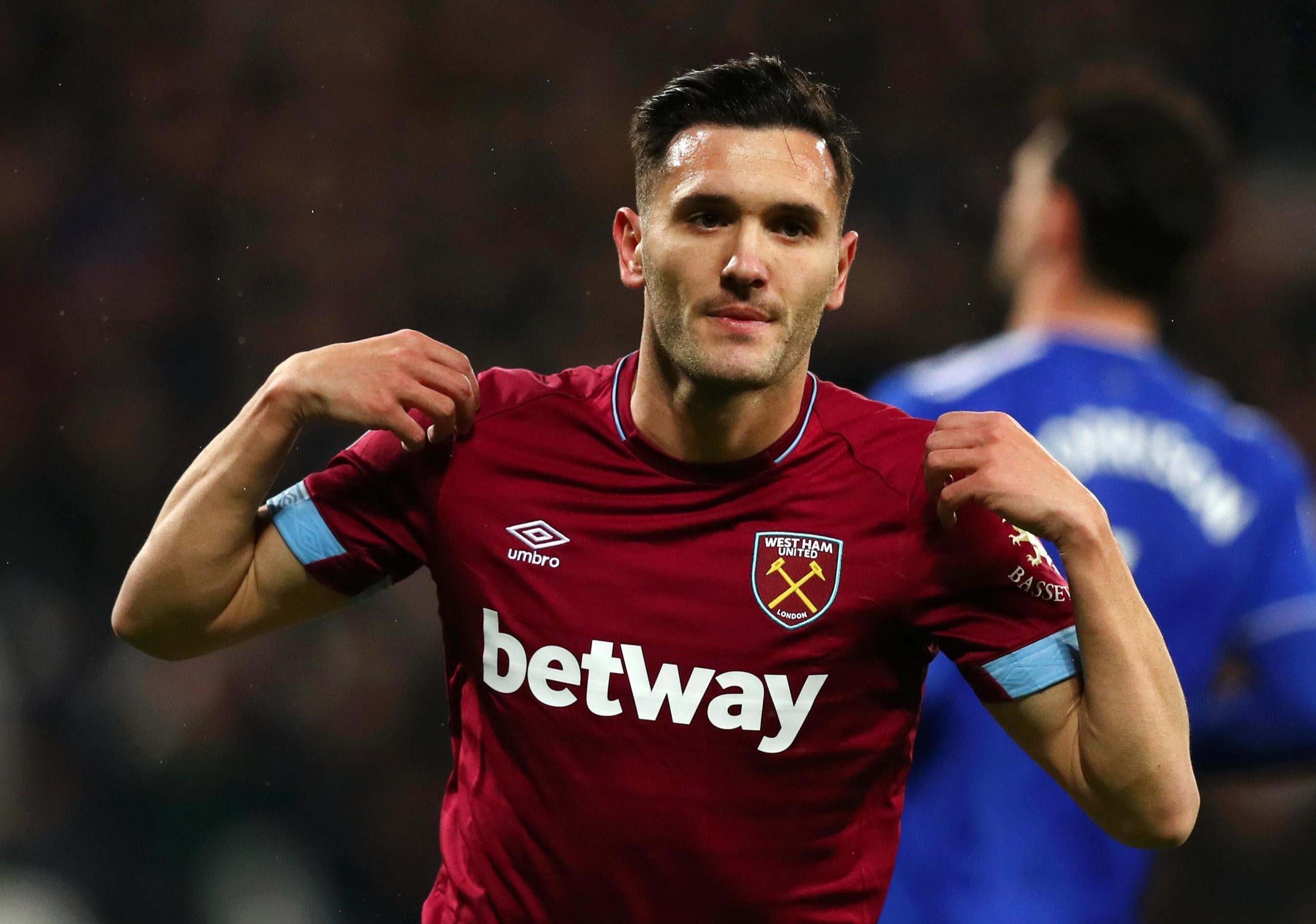 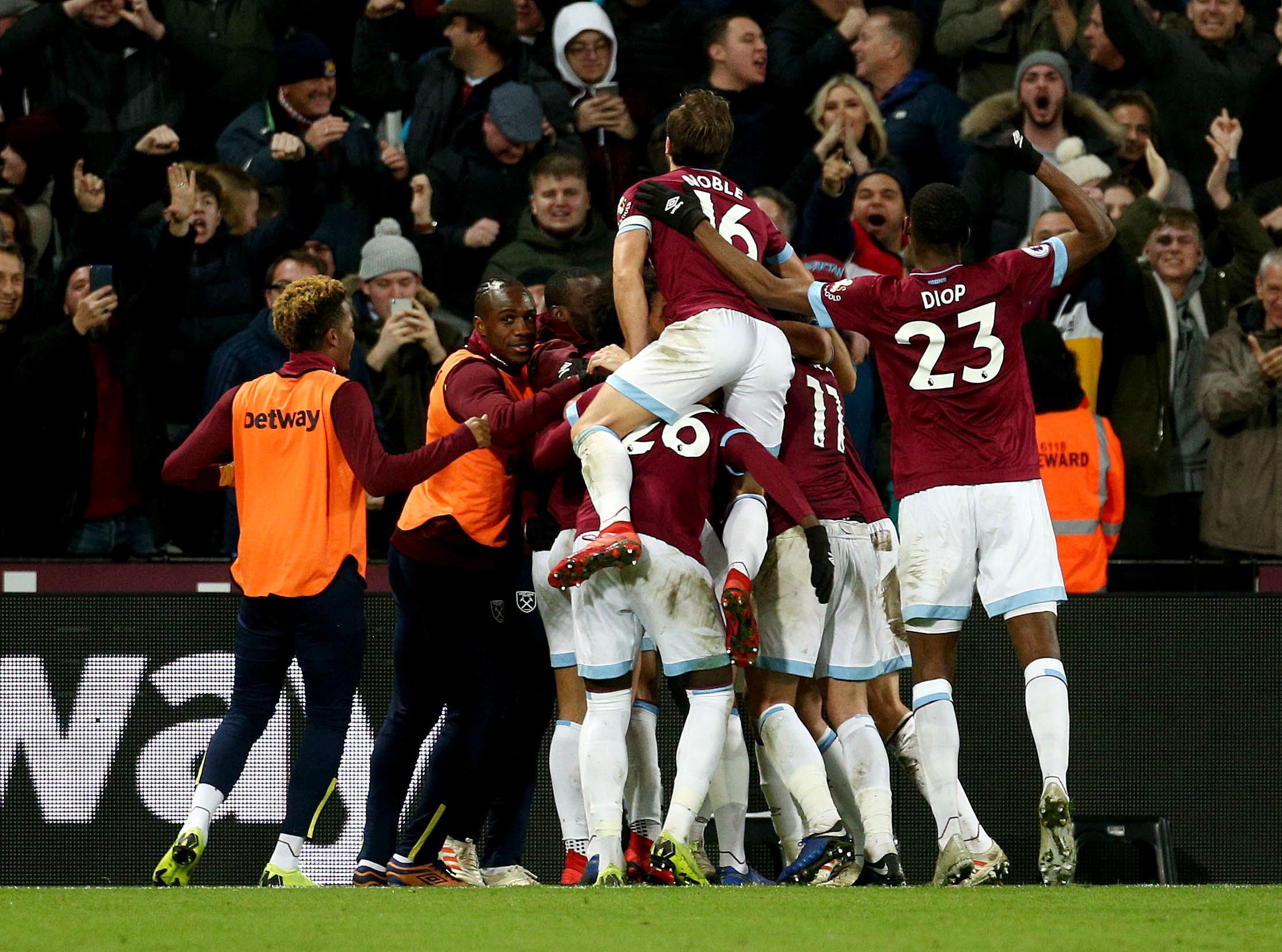 But the Hammers held on for a third-successive Premier League victory to climb into the top half.

Although Watford and Wolves both know a win this weekend, against Everton and Newcastle respectively, would take them back above the East Londoners.