REBECCA Cooke is the childhood sweetheart of footballer Phil Foden.

Together the young couple have a child. 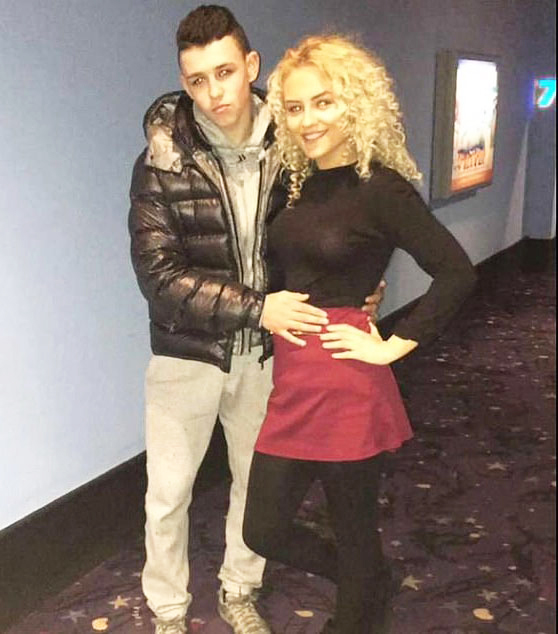 Who is Rebecca Cooke?

Rebecca is thought to be 19 years old and the mother of one child with Phil.

She tends to keep out the spotlight and has her Instagram account currently set private, though it does seem to suggest that she goes by the nickname Becca.

How long has she been dating Phil Foden?

The exact time at which they started dating is unknown, but they have been together since being teenagers.

At the age of 18 she became a mother to their son, Ronnie.

A fan account of the couple (@beccafodenx) on Instagram shows the two together, along with a closer look at the blonde bombshell.

When was Phil and Rebecca's son born?

Phil and Rebecca have a one year old son, born in January 2019 when the football star was just 18 years old.

Speaking to Manchester City at the time, he said: "I was there for the birth. I walked out of the room, gave it a little tear and then went back in like nothing happened.

"I’m not one for crying in front of people. I like to be on my own, but I was there in the room, watched it happen and it was a special moment.

He continued, speaking of the things he misses Ronnie doing due to football training: "There are things you miss when you’re not there because you’ve got an away game.

"Now he’s getting about and walking everywhere, so you have to have eyes in the back of your head or he starts running off.

"It’s unfortunate to miss things like that but it’s a sacrifice that he’ll appreciate when he’s older."