The 43-year-old hardcore icon was sacked by acting Raw general manager Baron Corbin after the veteran was forced to compete against his partner Heath Slater. 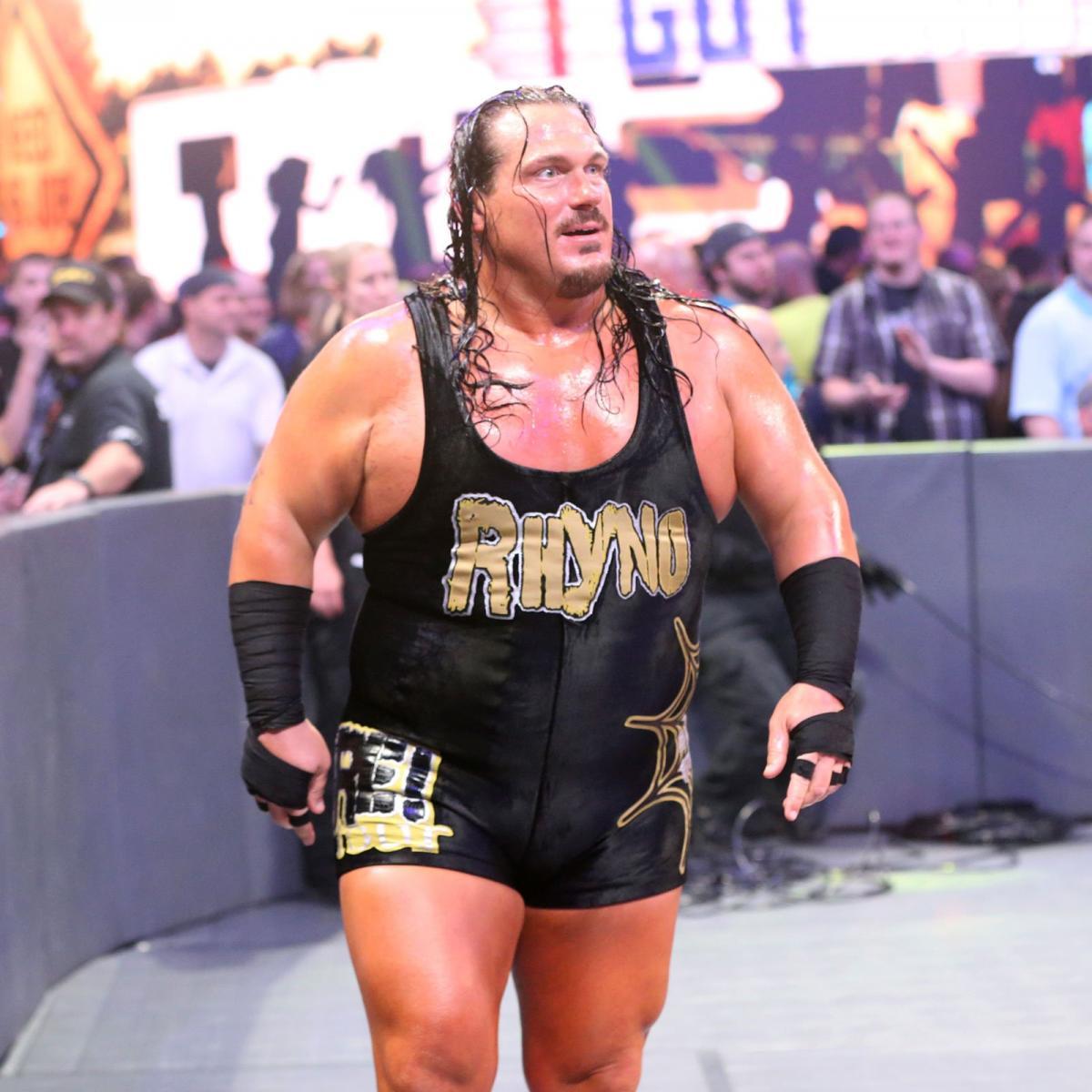 The two were ordered to face off by the annoying GM with a stipulation being the loser would lose their job.

Slater won the match, with reports claiming Rhyno told the crowd in an off-air segment during the commercial break he was calling a day on his 20-year plus career.

But in a message to WWE.com, the ManBeast dismissed those claims and insists he will continue to wrestle.

Rhyno said: “I am not retiring – I had no plans on retiring. 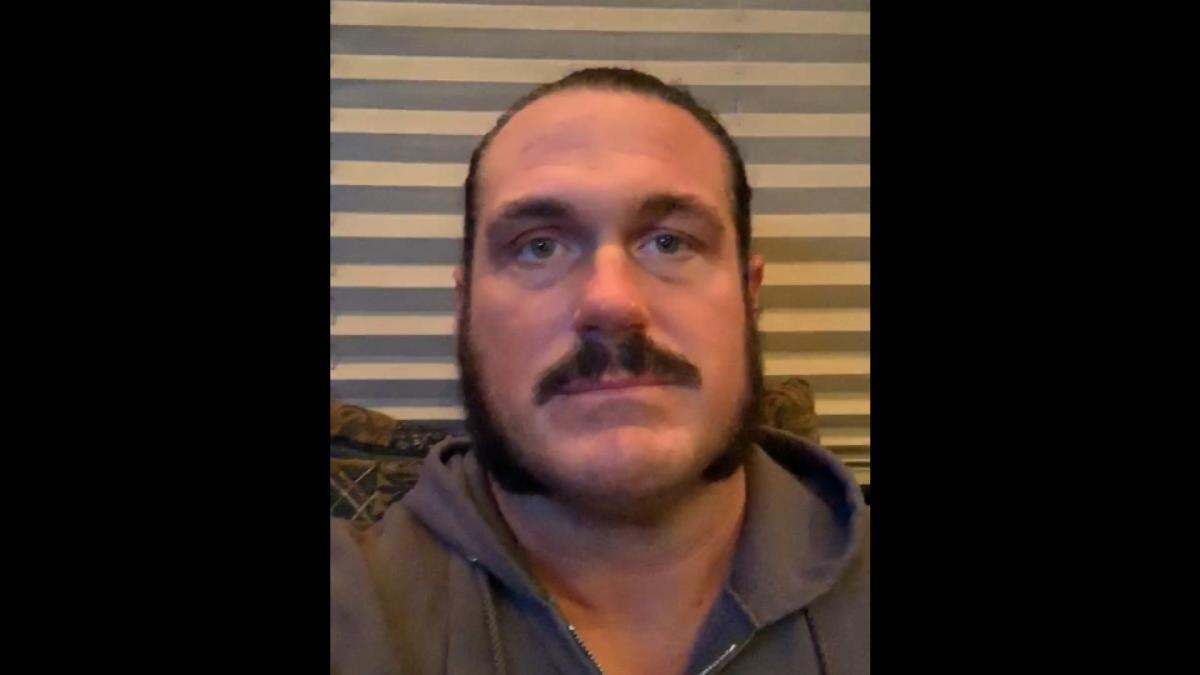 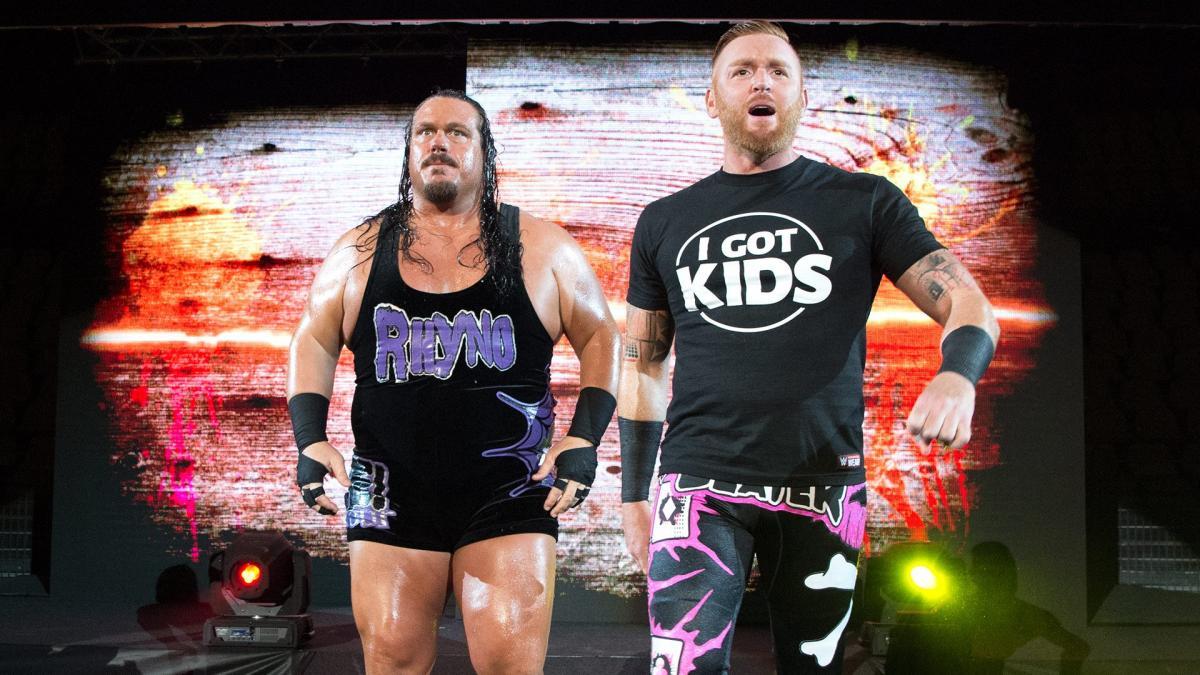 “It apparently started after I had competed in a match with Heath Slater and the loser is fired from Raw, which Heath Slater won—a match that we were put in by Baron Corbin.”

Rhyno shot to stardom in ECW during the 90s.

WRESTLEMANIA Ticket details, best way to get there and rumoured matches

He held both their World Heavyweight and TV Championships as well as the NWA World Title and WWE’s Hardcore Championship.

He and Slater also became the inaugural SmackDown Live tag-team champions in 2016.

The wrestler, real name Terrance Guido Gerin, turned his hand to politics two years ago as he ran as a Republican for the Michigan House of Representatives, angling for the 15th District seat, in his hometown of Dearborn.

In August 2016 Gerin won the Republican Primary but was unsuccessful against Democratic Abdullah Hammoud in November's general election, losing by a margin of 8,297 votes.

Despite it being 27 years ago, the incident still remains one of the most harrowing ever seen in WWE.

The shocking event cemented Roberts’ place as one of the most evil heels in the industry’s history.

But now the veteran is using it to bolster something else rather than his career – his libido!