Lorenand Alexei Brovarnik quickly became fan favorites on TLC’s 90Day Fiancé Season 3. The couple, both now 31, met when Loren—a NewYorker who now lives with Alexei in Florida—went on a Birthright tour to Israel.Alexei was her tour group’s medic, and the pair quickly hit it off and fell inlove.

Alexeiand Loren didn’t have many major conflicts on the road to love. But onesore spot for the happy couple was Loren’s diagnosis of Tourette’s syndrome,which she revealed on the show after fans bullied her for her symptoms.

While Alexeiwas supportive of his wife—who has since served as an ambassador for Tourette’sadvocacy groups—he was concerned about the possibility of their future kids developingthe syndrome. Loren was hurt by some of her then-fiancé’s comments about herdiagnosis, but they reconciled and happily began to plan their future family. Lorenrecently gave birth to the couple’s first child, a baby boy they named ShaiJosef, in mid-April 2020.

On a recent episode of TLC GO’s 90 Day Fiancé: What Now, Alexei and Loren visited a doctor to discuss their growing baby’s genetic testing results. They asked the physician about what to look for in terms of the potential of their little one showing signs of Tourette’s syndrome. 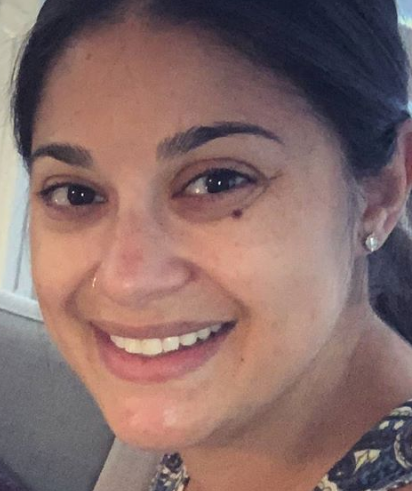 On 90Day Fiancé: What Now, Alexei accompanied Loren to an ob/gyn appointmentto discuss their baby’s health and have an ultrasound. The physician told the parents-to-bethat their baby was in the 43rd percentile and seemed to be growing ata typical rate.

The couple anxiously asked about their test results from arecent battery of testing at the 20-week mark of Loren’s pregnancy.

“We submitted some genetic testing, to make sure all thechromosomes are there,” Alexei told TLC producers. “I’m nervous,” Loren added.

But the 90Day Fiancé pair got good news. “Thetest for neurological problems, for Down syndrome and for the chromosomes ofthe baby, everything was normal,” their doctor told them.

Loren also brought up her own diagnosis of Tourette’s. “So,you know I have Tourette’s syndrome,” she ventured anxiously. “Is there a wayto find out now? Is there genetic testing?” she wanted to know.

The couple said they’d cross that bridge when they came to it, if necessary

Despite Loren’s earlier anxieties and self-consciousnessabout Tourette’s syndrome, the expectant mom seemed much more at peace with andconfident about her baby’s future. “We’ll wait and see,” she said.

Alexei, too, seemed to have evolved on the subject, appearingcalmer on the topic than he had in the couple’s earlier appearances on the show.“We’re not going to stress about it too much,” he agreed.

As for Loren, she didn’t want to dwell on worries that mightnot ever come to fruition. “I don’t want to worry about something that’snothing right now,” the 90Day Fiancé star explained. “Thebaby could have it when he or she is older, and we just have to wait.”

Alexei agreed with his wife, suggesting that they’d crossthat bridge when they came to it. “We’ll deal with it then,” he said.

For now, the Brovarniks just wanted to enjoy the pregnancy and stay excited for their new arrival. “We’ve got a very, very strong and healthy baby, thank God,” Loren gushed.

The Brovarniks’ little boy was born healthy and adorable

The Brovarniks recently brought home their little bundle ofjoy. Shai—which means “gift” in Hebrew—was born a little early, arriving onApril 14 instead of May as they’d originally expected. He recently turned amonth old, according to InTouch Weekly. Loren and Alexei have been over-the-moon about sharingpictures of their adorable newborn son on Instagram.

Still, like many 90 Day Fiancé cast members, Lorenand Alexei haven’t been free from bullying on social media—even about theirsweet baby boy. Loren recently took to her Instagram stories to reveal a crueland heartless direct message she received from a viewer, as reported by TheBlast.

“Ugly baby that will have Tourette’s because the parents areselfish a**holes that should have adopted,” the bullying message read.

Loren, of course, jumped to her son’s defense immediately,putting the critic in their place. “It’s one thing to TRY and bring me down(inserts chuckles)…but bring my son into this—you’re messing with the WRONGmama bear!” the 90 Day Fiancé star wrote in response. “Troll or not, geta f***ing life! And get some water because you’re thirsty as hell!”