90210 was a hugely popular teen drama series in the 1990s set in the privileged world of Beverly Hills. The rebooted series called BH90210 brings the stars back from the original show to play heightened versions of themselves. Here’s what you need to know about the story and what the critics are saying about the FOX series.

The original was an American teen drama that ran from 1990 up until 2000 following the residents of the star-studded down.

The reboot reimagines the world of 90210 with the original cast playing themselves in the latest series. 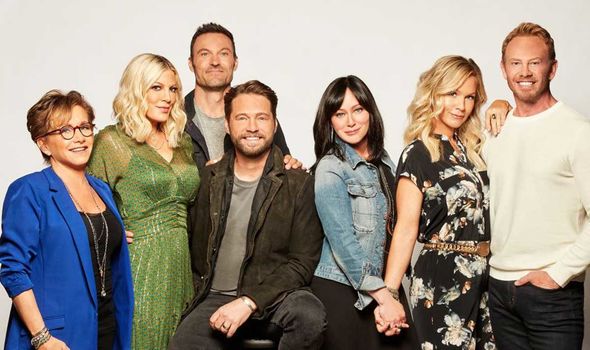 The official synopsis reads: “Having gone their separate ways since the original series ended 19 years ago, Jason, Jennie, Ian, Gabrielle, Brian and Tori reunite when one of them suggests it’s time to get a ‘Beverly Hills, 90210’ reboot up and running.

“But getting it going may make for an even more delicious soap than the reboot itself.

“What will happen when first loves, old romances, friends and frenemies come back together, as this iconic cast – whom the whole world watched grow up together – attempts to continue from where they left off?” 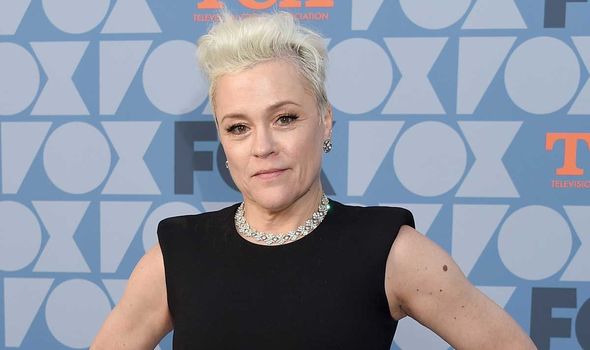 What are the critics saying about BH90210?

The reboot has received widely positive reviews from critics of the series with a Rotten Tomatoes score of 70 percent.

Kristen Baldwin from Entertainment Weekly wrote about how the new series will be popular among fans.

She described: “None of this will make any sense to non-90210 fans, but this show isn’t for them.

“If you loved the original, BH90210 won’t tarnish your memories – it will deepen them, and maybe even make some new ones.” 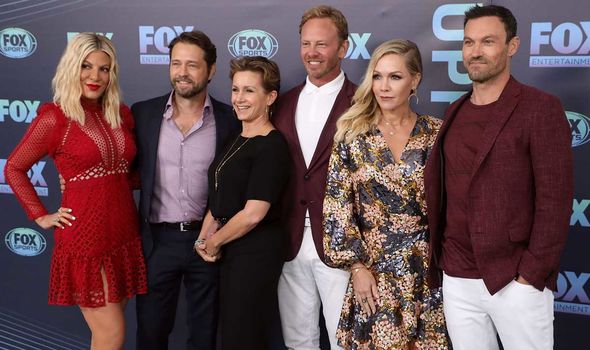 Jen Chaney from US publication New York Magazine agreed on the success of the show, adding it was an addictive watch.

She praised the series, saying: “Meta, knowing, and interested in what fame, or post-fame, looks like at middle age.

“But it’s also the same in that it’s soapy and silly and you can’t stop watching it even though your brain keeps firing neurons screaming that you should know better.”

Joel Keller of Decider told readers to watch the show, adding: “BH90210 is more than just a nostalgia trip; it’s genuinely funny and surprising, and the gang still has the same chemistry they had 30 years ago.”

Michael Starr of the New York Post gave the series three stars out of four, praising the show’s handling of former 90210 star Luke Perry’s death, which they play homage to throughout.

“The mockumentary reboot BH90210 is a welcome addition to a stale genre overrun by the ghosts of glories past,” he wrote.

“Particularly since the cast of Fox’s angsty, iconic ’90s teen drama is in on the joke, winning half the battle for this type of meta-driven show to succeed.” 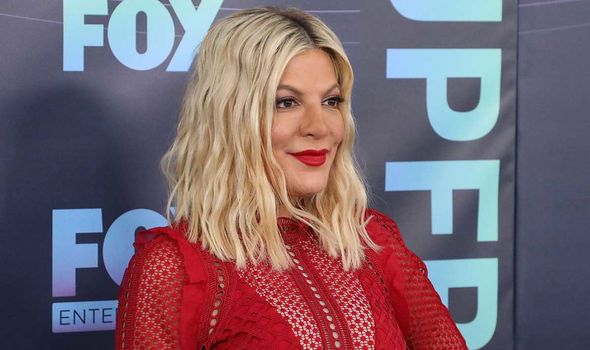 Not all of the reviews of the new show were positive with Daniel Fienberg from The Hollywood Reporter describing it as “hit-and-miss”.

Rolling Stone’s Alan Sepinwall gave the show a 2.5 out of five rating, writing: “It’s meant solely for die-hard fans of the old show, while not really being a continuation of it. Even at its best, it tops out at mediocre.”

However, Sepinwall did add he plans to watch another episode of the series.

Audiences also seemed to have enjoyed the show with an aggregate rating of 75 percent from users on Rotten Tomatoes as well as an IMDb rating of 7.2 out of 10.

BH90210 is currently airing on FOX on Thursdays.