The One Show had an array of guests on tonight with Watchdog also featuring during the half hour slot. When Alex Jones and Gethin Jones were introducing what was in store for BBC viewers, Alex was heard singing along to a track, which caused her co-host to stop in his tracks and ask her what was going on.

Gethin began: “It’s another day with new restrictions limiting what you can doing in certain parts of the UK.

“So we’re here to lift your spirits!”

“We are indeed!” Alex took over and said.

“And tonight, we are celebrating theatre and music – two huge industries who are fighting for survival. 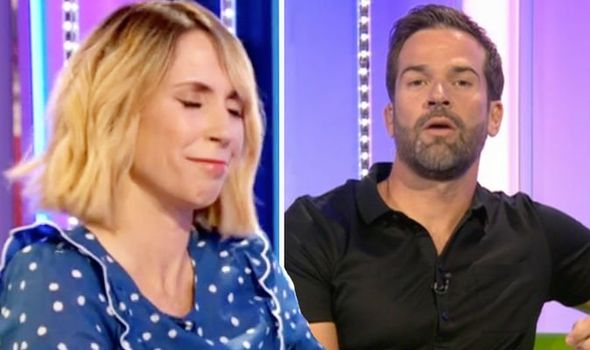 “But, there’s some good news on the horizon for both.

“Coming up, Matt Allwright gets an exclusive look at the brand new £26 millon Shakespeare North playhouse, set to open in Prescott Merseyside in 2022.

“Well, why Prescott? To quote Shakespeare; ‘That is the question!’”

Gethin did laugh at her joke, but Alex remarked: “Find out later! Wasn’t even that funny was it?” 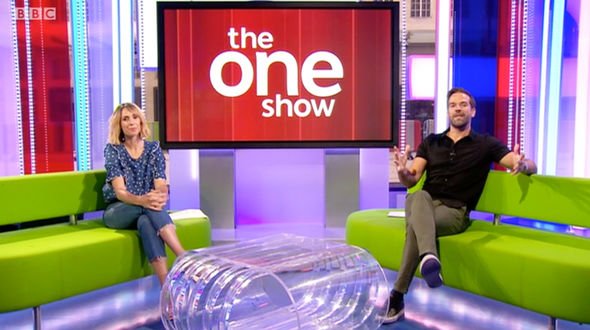 “And when it comes to performers they don’t get much bigger than one of our guests tonight,” he added.

A clip was then shown from her debut single and Getting continued to say: “We all remember her brilliant album Jagged Little Pill, it sold a staggering 33 million copies.” 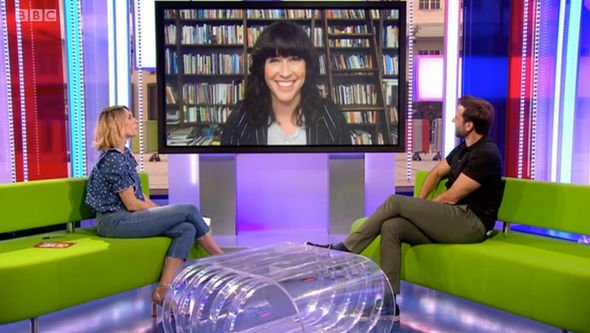 When the camera returned to the studio, Gethin asked Alex: “What was that?”

“What was that noise? It was so strange!” He added.

And Alex demonstrated her vocal abilities once more.

The One Show airs weekday evenings at 7pm on BBC One.