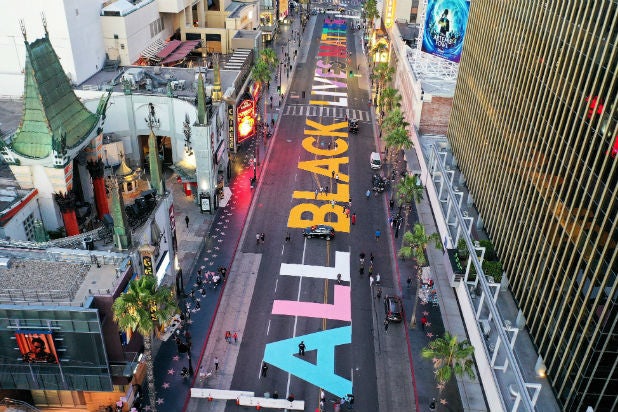 The Anita Hill-led Hollywood Commission says in its final report that fostering diversity and inclusivity is directly tied to preventing a culture of serial bullying, harassment and sexual abuse.

The Hollywood Commission on Tuesday released its fifth and final study outlining the results of an industry-wide survey of entertainment professionals on Hollywood’s values, the progress since #MeToo and the experiences of many dealing with sexual harassment.

The report outlined 14 industry recommendations as part of a “path forward” to address meaningful change, and Hill in an introduction to the report explained how the upheaval seen with the Black Lives Matter movement this year is emblematic of the need for systemic change.

“The entertainment industry has every reason to do better. The business case for diversity and inclusion is well-established: Diverse companies consistently out-earn nondiverse companies. Diverse and inclusive companies are also more innovative and agile, and weather crisis more effectively,” Hill wrote. “Unsurprisingly, cultures that are inclusive are less likely to experience sexual harassment. Now is the time to recommit to diversity and inclusion as a business imperative, a social mandate, and a safeguard against future crisis. Put simply, it is the right thing to do.”

Between September and October of this year, The Hollywood Commission, which is chaired by Anita Hill and co-founded by Kathleen Kennedy and Nina Shaw, released four separate reports of findings from its survey of 9,630 anonymous respondents. Those reports highlighted accountability, bias and diversity, bullying and the progress since #MeToo. This latest report is the collective result of all those reports, and it outlines all of its recommendations and resources that the Hollywood Commission is making available to the industry.

You can read the full report and the full list of industry recommendations via The Hollywood Commission website, but among some of the proposals are encouraging companies to review hiring practices, create sponsorship programs, invest in bias training and bystander intervention training, provide transparency into reporting processes and address the most common form of sexual harassment, gender harassment.

The report also says Hollywood studios and creators must align their diversity values with their creative content.

“Organizations should know what their content is about and see that it reflects values.7 Storytelling is powerful, and the evidence is clear that it ‘contributes to our collective perceptions of each other and the society we aspire to be,’” the report reads. “Reject storylines that are inconsistent with values and contribute to stereotypes and sexual harassment–those in which women are overly sexualized; men get women drunk to get lucky; and Black men are violent, menacing, or dangerous. Further, ensure that a commitment to diversity is embraced and modeled throughout the organization, particularly at the highest levels.”

As outlined in previous reports, the Hollywood Commission has put together resources such as a bystander intervention training pilot program, in which the commission has already conducted six virtual workshops for workers in various entertainment fields on how to identify bullying and appropriately intervene. The commission also put in place a reporting platform that will launch as a beta app in the first quarter of 2021 that allows workers to file conditional reports or complaints and do so anonymously. Finally, the commission also recommended a production field manual, a workers online guide to harassment, discrimination and retaliation and an Ombuds pilot program with the company tEQuitable.

Hill’s introduction also singled out a few instances in which Hollywood has shown some progress, among them the Academy’s commitment to inclusion standards at the Oscars, ViacomCBS’ First Time Directors program aimed at increasing BIPOC and female representation in films, WME and Endeavor Content’s actions in partnership with Michael B. Jordan and Color of Change and Netflix’s promise of $100 million to Black institutions.

“Change is the sum of our collective efforts. We applaud, encourage, and want to amplify these endeavors. But there is far more to do to enshrine diversity and inclusion in the industry’s value system and to bridge the divide between leadership’s intentions and the everyday experience of workers in Hollywood,” Hill concluded. “The same intent, resolve, exigency, and creativity that will soon deliver a safe, effective COVID vaccine can help eradicate the parallel plagues of racism and sexism. Hollywood was born of innovation. It can be rebuilt by it, too.”